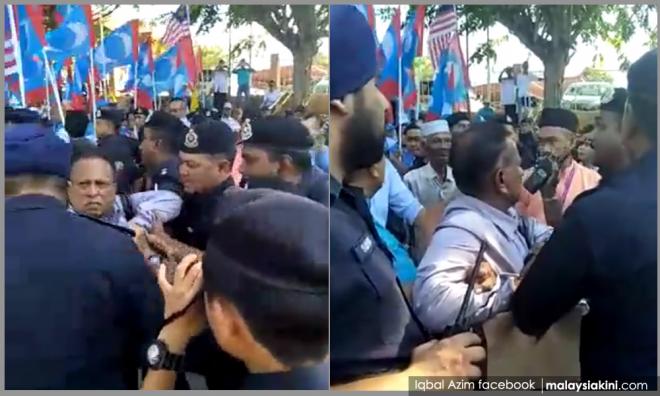 The Election Commission (EC) will not be issuing any statements on allegations that a candidate was not allowed to enter a nomination centre, until a full report is obtained and a police investigation is carried out.

According to EC chairperson Mohd Hashim Abdullah, it is understood that certain quarters had lodged a police report on the case, and therefore it was inappropriate for him to make any statement now.

"The EC has taken note of the protests by the parties involved who were not allowed into the nomination centre to submit nomination papers on nomination day for the Rantau state and Rembau parliamentary constituencies in Negri Sembilan.

"It is up to the parties to use the authorised legal channels in the case," he said in a statement today.

In view of this, the EC urged the public not to speculate as the case was still being investigated by police.

On Saturday, PKR candidate Dr S Streram was unable to file his nomination papers for the Rantau seat after failing to bring along his candidate's pass as required by the EC to enable him to enter the nomination centre.

As a result, Negri Sembilan Mentri Besar Mohamad Hasan, the BN incumbent, was declared the winner for the Rantau state seat because of a lack of challengers.