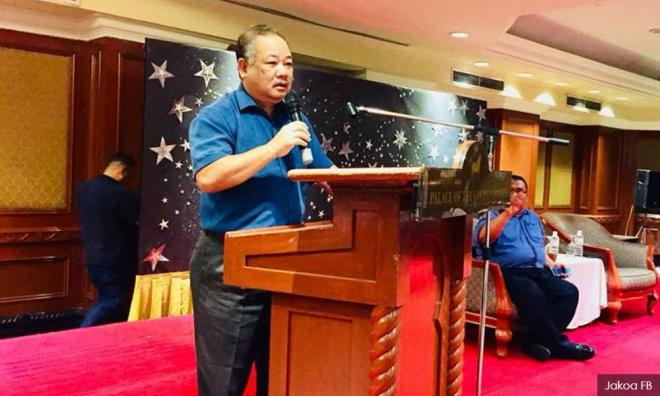 Hailing from Kuala Koyan, Ajis Sitin made history as the first Orang Asli to be the director-general of the Orang Asli Development Department (Jakoa) effective tomorrow.

The appointment of Ajis, 55, who was from the Semai tribe, was announced by caretaker rural and regional development minister Ismail Sabri Yaakob in a ceremony held in Bera today.

Ajis replaces Mohd Jamaluddin Kasbi who is on mandatory retirement.

"This also reflects the seriousness of the government in empowering the Orang Asli, not just in the education and socio-economic aspects but also in ensuring that they have representatives who hold important positions in the government," he told a press conference at the Jakoa office today.

He also shared stories about his desire to see Jakoa led by the Orang Asli since heading KKLW, causing him to "pull" Ajis who had previously served as a senior civil engineer at the Public Works Department.

He said Ajis had started his duties as deputy director-general (development) of Jakoa beginning Oct 15 to give him exposure on the responsibilities of the department.

"I also aspire to see more Orang Asli be given the opportunity to hold senior positions in Jakoa.

"So far, the Jakoa directors in Pahang and Perak are from the Orang Asli community and this may be increased if the agreement is given involving the appointment of a director in Johor, an Orang Asli woman," he said.

Ismail Sabri added so far, about 30 per cent of the Jakoa staff were Orang Asli and hoped the number would increase in the future.

The number of Orang Asli employed as civil servants and working in professional fields such as doctors was also increasing, he added.