COMMENT | Global Bersih chapters in France, Geneva, Germany, Netherlands and Scotland are extremely exasperated with the overseas voting process for GE14, handled by the Election Commission (EC), as the ballots are arriving too late for Malaysian voters in Europe to return them to their returning officer before 5pm on May 9.

Malaysian voters in Germany and Netherlands are receiving confirmation emails from the courier service stating that the ballots will arrive at their addresses as late as May 8, 2018.

A ballot paper sent from Germany using an international courier service, such as DHL Worldwide Express/FedEx, back to Malaysia will take three to four days, with the cost between 73 euros (RM349) and 91 euros (RM435).

This makes it nearly impossible to return the ballots to Malaysia before 5pm on May 9, 2018.

As of the end of today (May 3), numerous Malaysians in the aforementioned cities and countries have not received any notice whatsoever from courier service companies or from the EC to indicate that their ballot is on the way.

One Geneva-based Malaysian who called the EC this morning was asked to "be patient". Time is running out by the minute; it is difficult for us to be patient while we are in the dark, not knowing if we will get to cast our votes at all. 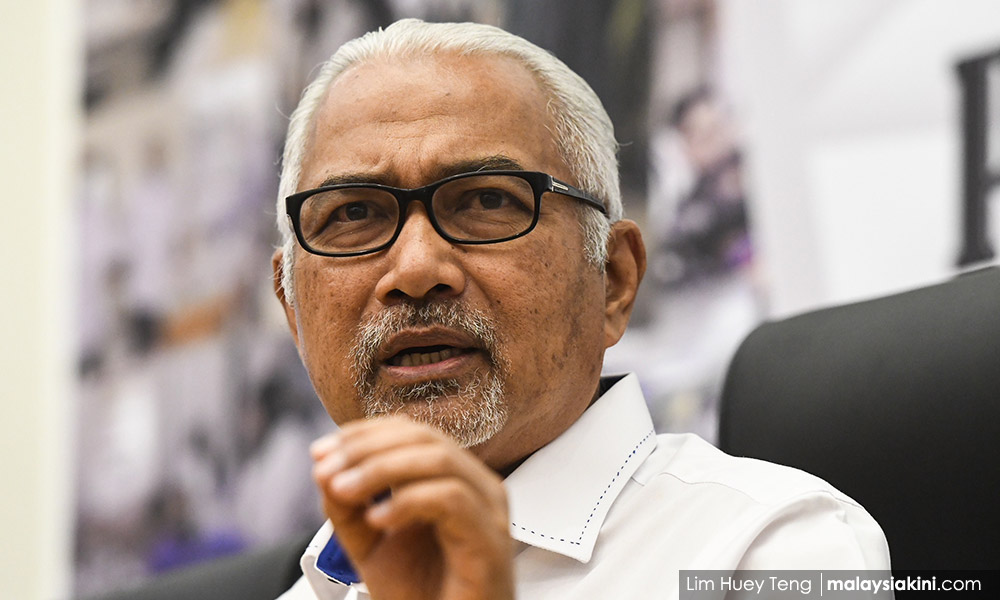 We also want to rebuke the recent statement by EC chief Mohd Hashim Abdullah (photo), on April 28, implying that any delays in overseas postal votes returning in time may be due to postal voters procrastinating after receiving their ballot papers and that the 11 days campaign period is sufficient for overseas postal voting.

His exact statements were: "If you receive the ballot paper and keep it for seven days, and only send it at the last minute, then, of course, there will be problems.

"We think the 11 days (campaign period) is enough time (to post mail votes), as long as you don't hold on to them for long."

The problem is with the EC system

In addition, we are deeply disappointed with the EC’s dissemination of information on the overseas voting procedures.

We have received conflicting and inconsistent information from all parties involved (EC staff, returning officers and the Malaysian embassies) on many matters pertaining to the overseas voting procedure, especially on the returning of the ballots.

It is the responsibility of the EC to update all the involved parties with the correct and latest information.

Finally, we are surprised with the requirement of a witness for postal voters as this information was given at the last minute and is another major obstacle for overseas voters.

It is difficult to locate a fellow Malaysian to be a witness in the smaller towns in Europe.

Not only has the EC ignored Global Bersih's proposal for a minimum turnaround period of 28 days to guarantee that the marked overseas ballots can be received and returned to the respective voter's constituency presiding officer in time, but also all the initiatives and proposals to come up with a permanent overseas voting procedure that is fair and transparent.

Bersih France, Bersih Geneva, Bersih Germany, Bersih Netherlands and Bersih Scotland would like to point out that the EC has not fulfilled its duty and responsibility to ensure that the ballot papers reach overseas voters in time and that there is adequate time to return them before polls close at 5pm Malaysian time on May 9, 2018.

All the above clearly indicate that the EC is not interested in enfranchising all Malaysian voters living outside the country. In fact, Malaysian voters in Europe are being victimised, as they are indirectly being denied their right to vote in GE14.

Given the unprecedented short campaign period of 11 days and the logistics of postal votes arriving in time to be posted back before the deadline of 5pm on the May 9, (with ballots arriving in Europe on the May 8), it would seem that the EC has deliberately set out to prevent overseas Malaysians from voting.

Bersih France, Bersih Geneva, Bersih Germany, Bersih Netherlands and Bersih Scotland call upon the EC to fulfil its responsibility and mission (as stated on the EC website) of supporting the parliamentary democracy system and guaranteeing the rights of the citizens to elect their representatives by managing, regulating and maintaining a free and fair election, which includes guaranteeing that all overseas voters in GE14 will be able to exercise their constitutional right to vote, in practice as well as in theory.

GLOBAL BERSIH is an NGO based in Geneva, Switzerland.