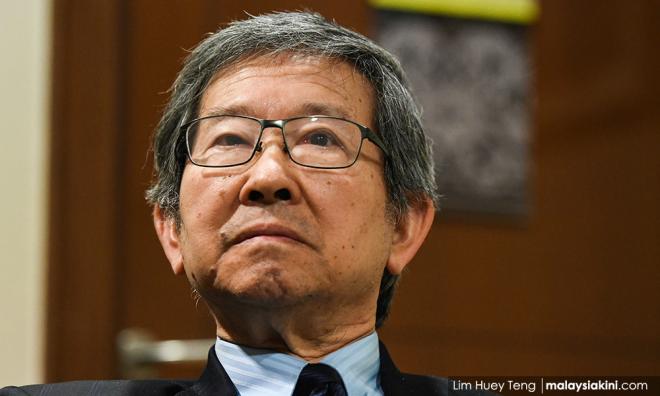 The eight-term Kepong MP explained that the country's economic growth, achieved under the current government administration, was definitely not a failure.

“We must look at the situation in totality. If (the government) is able to ensure the administration (of the country) is effective, that's not bankrupt.

“What is meant by bankruptcy is if the government failed in all these (ability to pay), whereby the salaries of more than a million government employees were not paid and the country's debts are not serviced. I do not see that happening here," he told the “Ruang Bicara” programme aired over Bernama News Channel yesterday.

Meanwhile, Treasury secretary-general Dr Mohd Irwan Serigar Abdullah, who was also a guest on the programme, said good ratings from reputable international rating agencies such as Fitch, Moody's and Standard & Poor's gave further assurance that Malaysia was not going bankrupt.

He said the sovereign ratings of “A” given to Malaysia were the result of analysis on the country's economy, which was seen as having the ability to pay off debts, civil servants’ salaries and pensions.

“There are so many countries in the region that were only given B to D ratings. If a 'B' country (whose rating is lower) is not bankrupt, how can an 'A’ country like Malaysia be bankrupt?" he asked.

Irwan said the improvement in Bank Negara's foreign reserves to US$110 billion, as at April 13, the low unemployment rate, as well as, higher economic growth and foreign direct investments last year also supported the fact that Malaysia was not a failed state.

He added that Malaysia also narrowed its fiscal deficit to three percent of the gross domestic product (GDP) at the end of the 2017 financial year compared with 6.7 percent when caretaker prime minister Najib Abdul Razak took over the leadership in 2009.

The government was heading towards reducing the deficit further to 2.8 percent of the GDP this year.