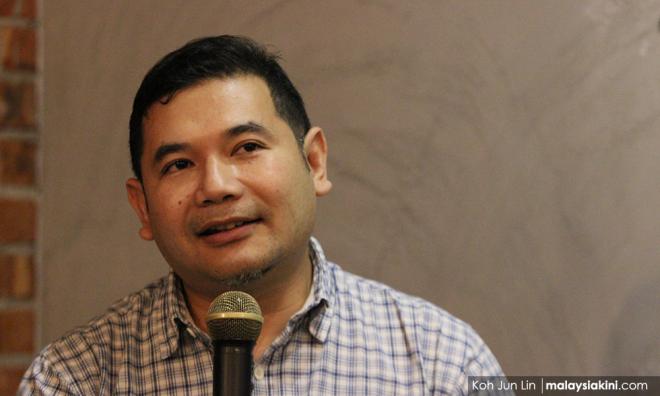 Rafizi to be probed under Anti-Fake News Act

GE14 | PKR vice-president Rafizi Ramli is to be subjected to a police investigation under the Anti-Fake News Act 2018.

Negeri Sembilan police chief Noor Azam Jamaludin said the police would record a statement from Rafizi over his alleged defamatory remarks on social media against the Election Commission and the police pertaining to the nomination for the Rantau state seat in the general election.

“We will call up Rafizi and the others involved as soon as possible,” he said to reporters after casting his ballot during the early voting today at the Federal Reserve Unit 7 base here.

He said the police would work with the Communication and Multimedia Commission to trace the owner of the Facebook account that had carried the defamatory allegation against EC staff and the police over the nomination process at Dewan Seri Rembau.

Caretaker Negeri Sembilan menteri besar Mohamad Hasan was returned unopposed to the Rantau seat on nomination day on April 28 when his sole challenger, Dr S Streram of PKR, was unable to file his nomination papers as he did not have an EC pass to enter the nomination centre.

Meanwhile, Rahmat Jali, 55, an FRU personnel from the state, discharged his responsibility as a voter today although he has yet to fully recuperate from a stroke he suffered in September 2016.

The father of two children, aged 23 and 18, who used a walking stick and was helped by his son, was brought to the polling station at the FRU Unit 7 base by a neighbour.

“I am still on medical leave. This is my responsibility as a Malaysian citizen. I have to exercise my right to vote although I am unwell,” said Rahmat.