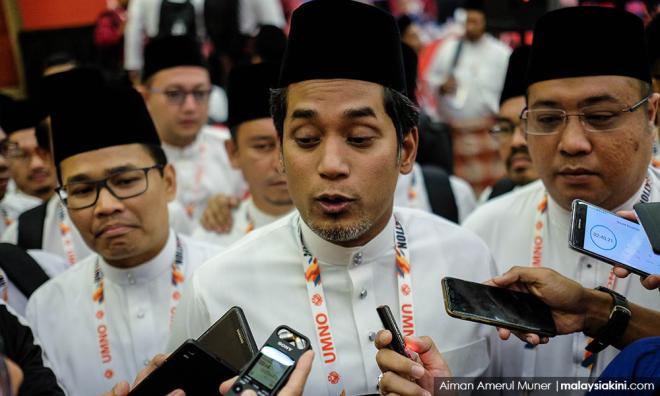 GE14 | Umno Youth chief Khairy Jamaluddin is calling for an immediate reform of Umno and has rallied his party members to him, stressing that the party cannot afford to delay.

"I call on my comrades who wish to rebuild Umno from the collapse we have seen today, to stand with me as change must begin immediately. We cannot delay any further.

"Umno's contribution to religion, race and country is too great for us to allow this sacred party to be destroyed and disappear forever," he said in a statement on Facebook.

Khairy won his Rembau parliamentary seat, albeit with a reduced majority.

He won by a 4,364-vote majority compared to the last general election where he captured the seat with an 18,357-vote majority.

Earlier today, Umno Youth in Kedah and Terengganu called for party president Najib Abdul Razak to step down. Najib had led the BN alliance to its first defeat in 61 years.

"Now begins the very difficult task to rebuild this sacred party. We want Umno to return to its original spirit where Umno is not seen as detached from the people, a party only for the elites, a party that disregards integrity, a party that is arrogant.

"I want Umno to return to (become) a party for the masses. A party that safeguards the honour of Malays, that takes care of the prosperity of other races, that is not racist, that truly fights for all communities," he said.

For this to happen, Khairy said, Umno must make big changes "that have not crossed our minds.

"What we need today are deep honesty, courage, extraordinary courage and painful sacrifices," he said.

His comments coincided with the 72nd Umno anniversary today.