COMMENT | Malaysian Indians have voted for multiracial political parties to represent them in Parliament, based on the results of the 14th general election (GE14).

This shows a major departure from the traditional approach of race-based political party representation. In the post-GE14 Parliament, there will be 15 elected Indian MPs. This is larger than the 2013 figure of 11.

Of the 16 MPs, only two are from the ethnic-based MIC party which is part of the BN coalition (Table 1). In this general election, both the MIC president and the deputy president failed to secure a seat, just like in the 2008 general election.

The other 14 MPs are from two political parties in the Harapan coalition which has now become the new federal government. There are seven elected members from the DAP and six from PKR.

What is also significant is that many of these Harapan MPs won with very large majorities. In all the seats where there was a contest between BN and Harapan, with the exception of Cameron Highlands, all the Harapan candidates won.

The new reality is that, for the first time since independence, MIC is with the new opposition in Parliament and out of the federal government.

From among the 14 Harapan Indian MPs will be appointed new cabinet members, both ministers and deputy ministers. The rest will become backbenchers.

This is a very new role and experience for the Harapan MPs. They will have to see themselves as being part of the ruling government and will become answerable for its services. The MIC leadership will now have to review their position and their new roles.

Among the Harapan Indian MPs are many very dynamic politicians with good grassroots experience as well as professional competencies.

A number have been MPs since 2008 and in their third term. There is only one woman Indian MP, Ms P Kasthuriraani, and the youngest MP in the Dewan Rakyat is also an Indian, P Prabakaran (right in photo), who contested as an independent candidate and was endorsed by PKR when its own candidate for Batu was disqualified. 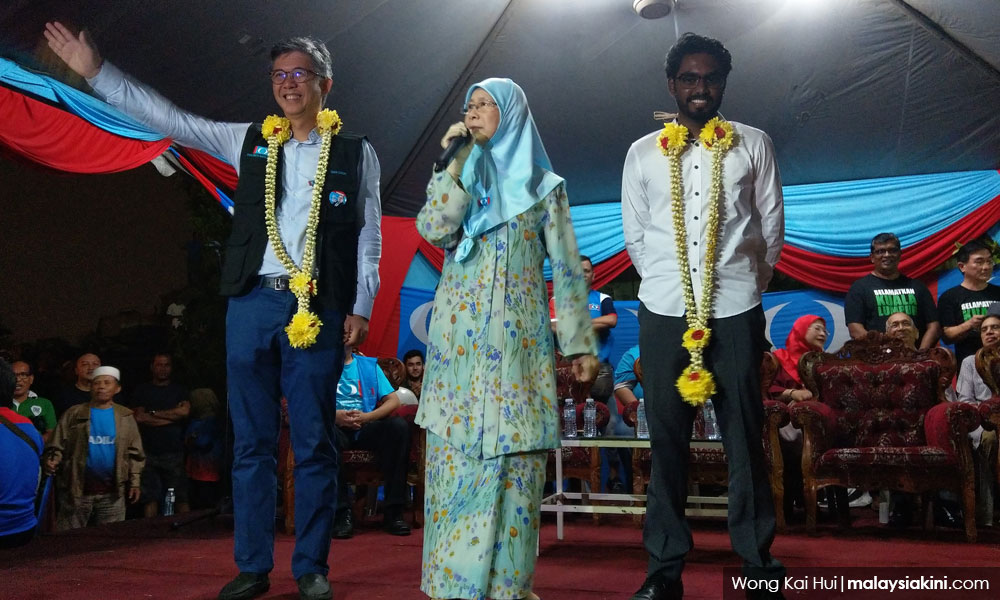 This is their opportunity to lead the Malaysian Indian community into 2020 and beyond, with a message of hope and new ways of community empowerment to address social disadvantage.

The question is, what will become of all the special measures that the former prime minister Najib Abdul Razak initiated, such as the Socioeconomic Development of Indian Community Unit (SEDIC)? Will it continue? Will there be changes?

The Harapan manifesto refers specially to measures in order to address Indian concerns. It is without doubt that the Harapan government would build on these. These will be strengthened to ensure the benefits reach the targeted groups.

In the pre-GE14 dialogues, Mahathir participated in a dialogue organised by Hindraf. It could be possible that Harapan and other strategic partners will work together to ensure effective delivery and address major concerns. 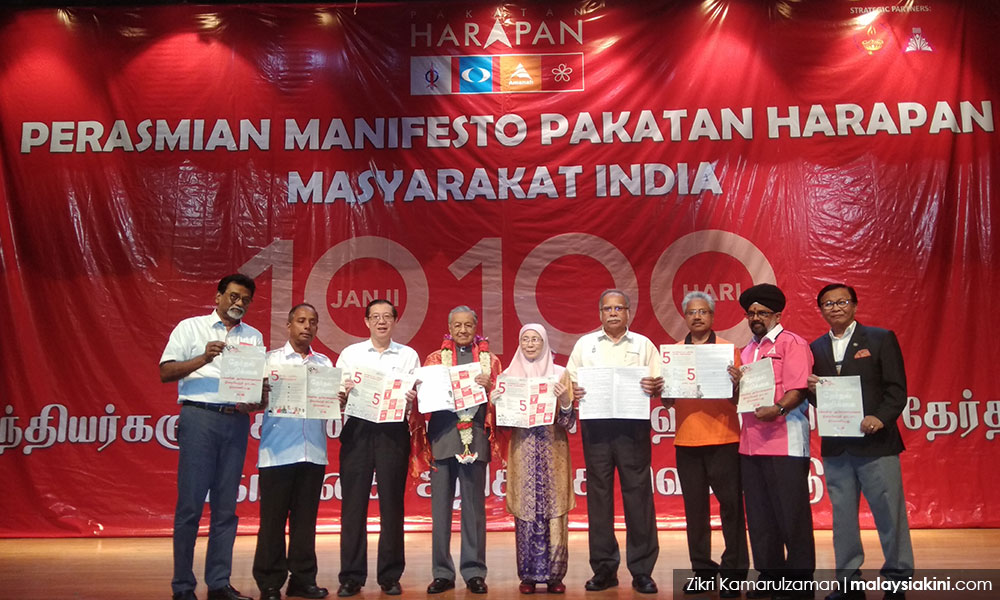 This includes issues such as citizenship rights, education and skills training including scholarships, economic and micro-business loans, urban poverty issues including affordable housing and issues pertaining to deaths in custody, police brutality and human rights violations.

In this context, there might be a possibility to give some focus to three additional concerns and approaches.

The first is to adopt a rights-based approach to development - moving away from a charity, welfare-based approach and handouts towards community empowerment and resilience. This must be based on the Universal Declaration of Human Rights (UDHR) which is most necessary.

Secondly, there is a need to adopt a non-racial and non-ethnic approach, addressing minority concerns through the Sustainable Development Goals (SDG).

The 17 SDGs give a multi-dimensional approach which also requires interagency cooperation. This would be a better measure to ensure that no one is left behind, therefore moving beyond ethnicity, gender, disability and socio-economic status, including class or caste.

Thirdly, a dedicated social inclusion unit should be set up to address social exclusion, irrespective of ethnicity, with specific targets to reach all disadvantaged communities.

This might be the new way forward in this climate of political change. It is important to strengthen public disclosure of the resources and this could be best done through an effective oversight body which is made of a cross-section of Malaysians.

A consultative process on this to review the past and chart the new course in line with the Vision 2020 agenda is now possible by taking stock of what happened in the past, what the gaps are, and what is the way forward.

There is now an opportunity to review the earlier approaches and ensure effective monitoring and delivery over the next five years, so that no one is left behind and will now have an opportunity to enjoy a better quality of life.

DENISON JAYASOORIA is the principal research fellow at the Institute of Ethnic Studies at Universiti Kebangsaan Malaysia.