COMMENT | My bitter defeat in Semenyih and that of my other PSM comrades is not something unexpected, but the number of votes we got is quite depressing. Nevertheless, the victory of the people of all races in finally putting an end to Umno’s 61-year rule is overwhelming, and is a great antidote to our own defeat.

If the rakyat is given a choice between our victory in our seats and Pakatan Harapan’s victory in seizing federal power, I think they made the right choice – though we thought it could coexist.

From day one, we called for the rakyat to vote Harapan where we were not contesting – 97 percent of seats – and told them to choose us as the better opposition in seats that we were. The rakyat on the other hand rejected BN at all costs, as well as the smaller parties like PSM and PRM, and objectively voted for Harapan in the west coast and PAS in the east.

Let me first state what we got wrong and underestimated.

We thought that after DAP and PAS split, which resulted in almost all seats being three-cornered, we took the liberty to contest more seats – again, only 16. We would make already three-cornered seats four-cornered, and thought people wouldn’t blame us as spoilers.

We underestimated the capabilities of Dr Mahathir Mohamad in penetrating the rural votes. I must admit now that Mahathir played a key role in giving leadership to Harapan, and making the fragmented coalition into a force.

The use of a common logo, even DAP dismantling its logo in Peninsular Malaysia, was something we didn’t expect, though we have always advocated a united common logo against BN.

We thought that BN would capture power in Kelantan as well in Sungai Siput because of the three-cornered fight, but on the contrary BN came second or third in most instances. Therefore the people have rejected BN all together. 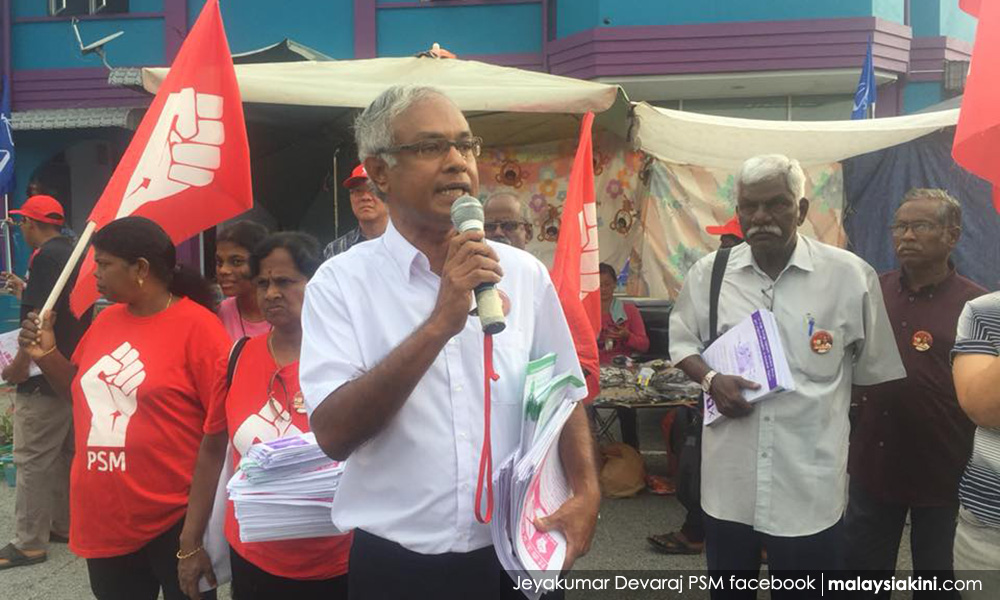 On PSM’s own position, let me clarify where we stand. Since the last election, PSM held two national congresses to decide on our election strategy. The first was on Nov 2, 2013, and the second on Feb 12, 2017.

In the November 2013 congress, just six months after the 13th general election, we made three main resolutions:

In the February 2017 congress, meanwhile, the above resolutions were further enhanced. Here, we stress again the reasons why we contest in elections, and what we plan to achieve:

From day one, we knew that our chances were slim unless we can come to an understanding with Harapan, who completely ignored us, or rather had too much on their plate.

Harapan’s final offer to PSM to only contest Sungai Siput under their logo and not contest other seats would actually mean making PSM totally irrelevant.

We felt that since there was no common logo for parties not in the Harapan coalition, like seats contested by Warisan, therefore Harapan should have allowed PSM to stand under our own logo and support our candidates.

Today it is proven that even an independent using a key symbol can win if Harapan endorse the candidates. 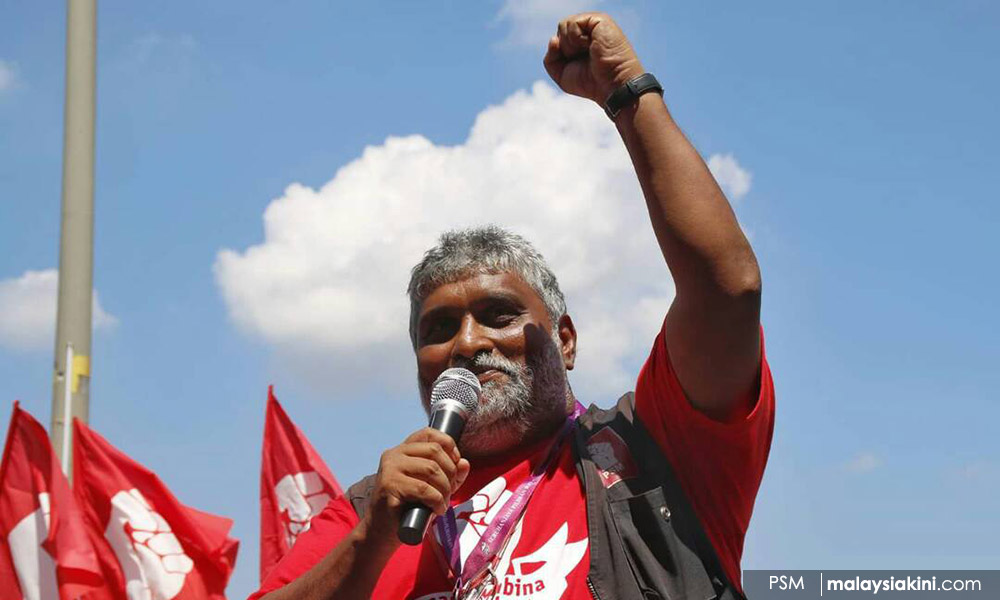 In 2013, we decided not to allow ourselves to be bullied and we are happy we stood our ground.

We took a position to try as much to fly our flag, and try our best not to lose deposits. This was our final stand. Therefore, we are not really shocked with losing all the seats. It was expected. Just that we felt that we could have saved deposits in some of our stronger areas.

In conclusion, the rakyat was quite clear that they are not interested in issues such as credibility of the candidate or who has serviced the constituency before.

Many of the Harapan candidates contesting were parachute candidates, who hardly did any work, and in many cases, were even rejected by their own party members in the new designated areas, but they won.

On election day, I visited around 15 polling stations and the feeling was the same. The perayu undi (those who do last minute canvassing) were subdued from both BN and Harapan.

Even during my campaign period, based on body language, I felt the pulse of the voters were not buying my story of getting a better opposition candidate in. Most people were convinced that there were only two players in the race. We tried to break this trend, but obviously failed, as the results showed.

Having said all this, after the loss and the day after, I still get many phone calls, many people waving and many people congratulating me and PSM.

I receive positive messages of encouragement compared to those campaigners who were with me. They keep telling us not to give up and said that our role is more important than ever. Sitting in a mamak shop after losing, many people still came to shake my hand. One message was clear – you are genuine but the timing was not right for PSM. Thank you for all the support which keeps us going. 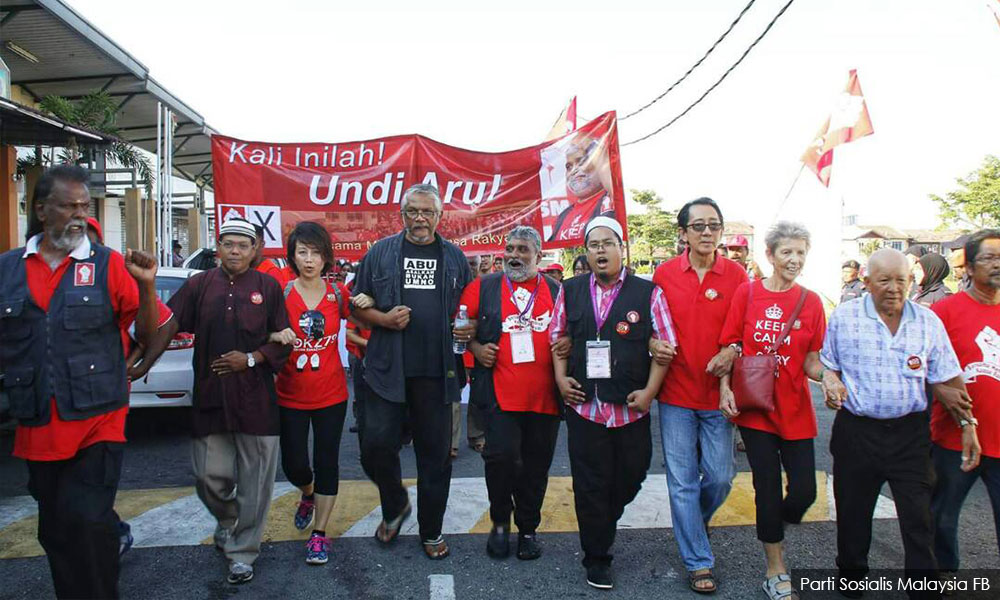 I don’t think PSM will evaporate after this. In fact, I think we have a bigger role and the course is clear since Harapan is now in power. The ‘big picture’ is done with.

I think PSM put forward a dignified, brave campaign. We were the only party with candidates declaring their assets and taking an anti-racism pledge. We also did not take the convenient shortcut in jumping on the Mahathir bandwagon.

I think the challenge is with Harapan to keep to their election pledge. Harapan pledged to implement minimum wage at RM 1,500, cut PTPTN loan, cut tolls will make the people happy, but the capitalists angry. Unless the tax havens of the superrich are breached, can income be fairly distributed and wealth be shared?

Another important aspect to understand was this was a ‘Malaysian tsunami’ and not a ‘Malay tsunami’ alone and what better time to eradicate race-based policies than now.

The days ahead will be important. Many people in BN will jump ship and look for greener pastures. Many will seek positions and tenders from the new government.

Rest assured, PSM will stay principled and grounded. People want change in all aspects – institutional change. If change does not happen, the people will be out there again. PSM will continue to stand with the people to bring permanent change to their life and wellbeing.

“Bersama membina kuasa rakyat” (Together building people’s power) was our election war cry. Today it is more relevant than ever. The rakyat should never feel that their role is finished after casting the vote. They should also be vigilant of their rights and powers.

S ARUTCHELVAN is a central committee member of PSM.