Under the premierships of Abdullah Ahmad Badawi and Najib Abdul Razak, press freedom hit rock bottom. At age 93, Mahathir has come out of retirement and given himself 100 days to set things right.

I was a career journalist mostly during the Mahathir years. I am now following his example to come out of retirement, to monitor his first 100 days.

The ‘fifth theory of the press’

Let’s go back in time to trace the rot. In 1984 I was elected general secretary of the National Union of Journalists (NUJ), at a time when Umno was undergoing a deepening crisis under Mahathir.

Special Branch agents had the habit of popping in at our union office for morning coffee and cigarettes uninvited, but we soon got used to it.

The NUJ organised its first and only World Press Convention the following year with unofficial advice from the late SM Ali, who was then United Nations Educational, Scientific and Cultural Organisation (Unesco) regional adviser based in Kuala Lumpur. Mahathir was invited to be the keynote speaker. 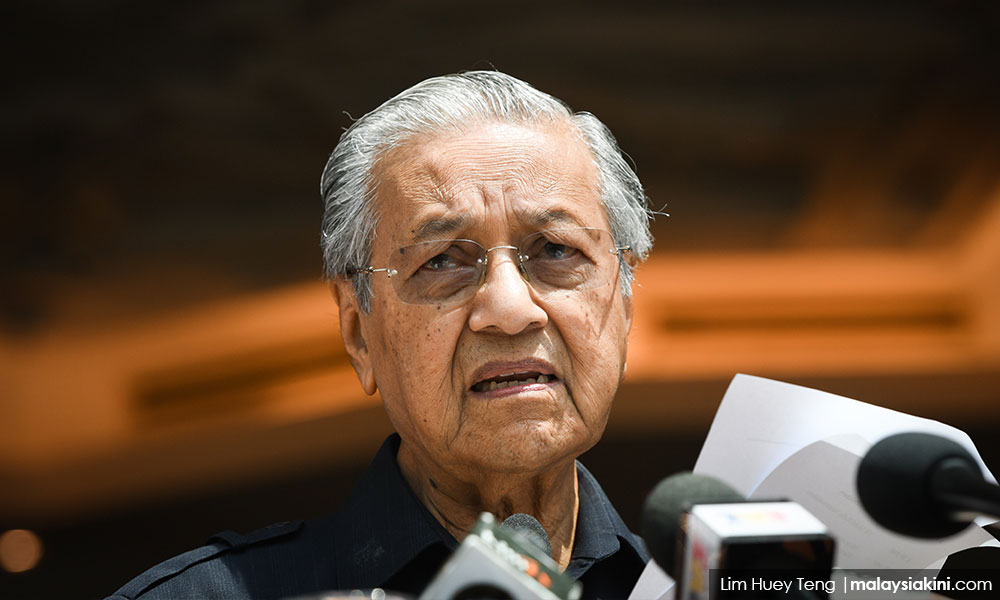 His speech quickly revealed he was out of touch with the press world, in its theories at least. Without mentioning the source, he quoted from the “Four Theories of the Press.”

This was first mooted by three American professors of communications - Fred Siebert, Theodore Peterson and Wilbur Schramm - in their book of the same title in 1956. The book eventually became compulsory reading for journalism educators and students. It is often known as western theories of mass media formulated during the Cold War years.

Mahathir recounted the four theories or models as the authoritarian, Communist, libertarian, and social responsibility model.

The authoritarian and communist models are not useful, quite obviously, but Mahathir pointed out then, “There are many things wrong with the libertarian model.” He preferred the social responsibility model. But the truth of the matter is that proponents of this theory maintain that they are libertarians first, thus they are socially responsible libertarians.

In his 4,500-word long speech, Mahathir finally came to the point: “There are no two ways about it. The media must be given freedom. But this freedom must be exercised with responsibility.”

He added, “To put it in another way, so long as the Press is conscious of itself being a potential threat to democracy and conscientiously limits the exercise of its rights, it should be allowed to function without government interference. But when the Press obviously abuses its rights, then democratic governments have a duty to put it to rights.”

Put it right he did. At the height of the crisis in Umno when his leadership came under immense pressure, Mahathir unleashed the diabolical “Ops Lalang” in October 1987. 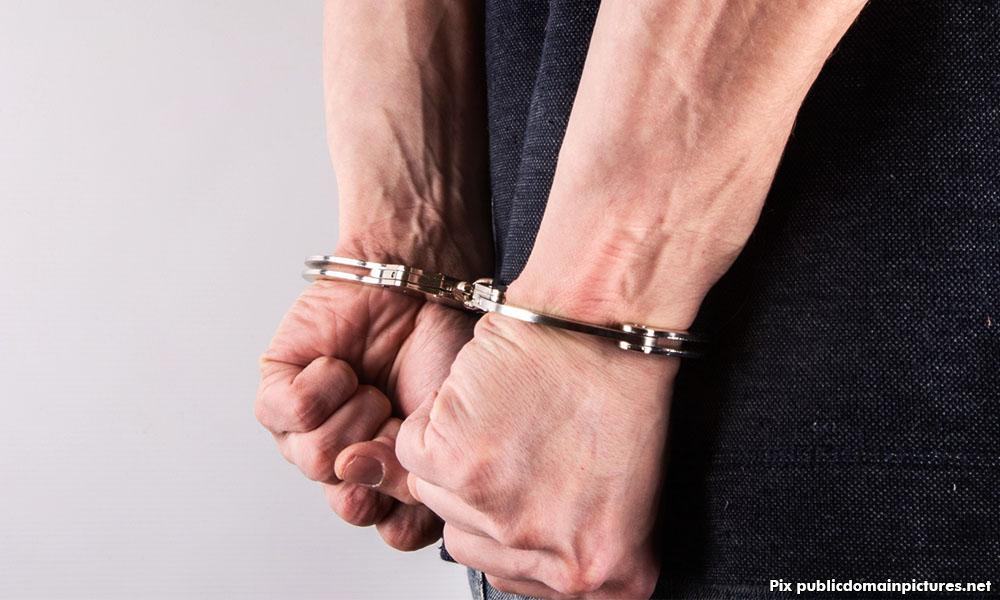 Many were thrown into the slammer under the Internal Security Act, and three newspapers, The Star, Sin Chew Daily, and Watan, were shut down for six months. Scores of journalists including myself became what is known in Malay as “kais pagi, makan pagi; kais petang, makan petang.” We managed to survive on the incomes of spouses or borrowings.

At least it was better than being roped in under the ISA. I call this the Mahathir authoritarian social responsibility theory, or the “Fifth Theory of the Press.”

When Pak Lah took over from Mahathir as prime minister, it seemed someone had finally opened a tiny window to let in some fresh air. But it was just cheap perfumed air freshener which was worse than the stale air that we had got accustomed to.

Shortly after Abdullah Ahmad Badawi announced his intention to step down as prime minister on April Fool’s Day 2009, he told Bernama, “In this era, where people have access to information through so many different sources, the logic of this development is that you have to be able to embrace openness. You don’t muzzle the press... That’s the kind of openness that you have to admit and accept (these days).” 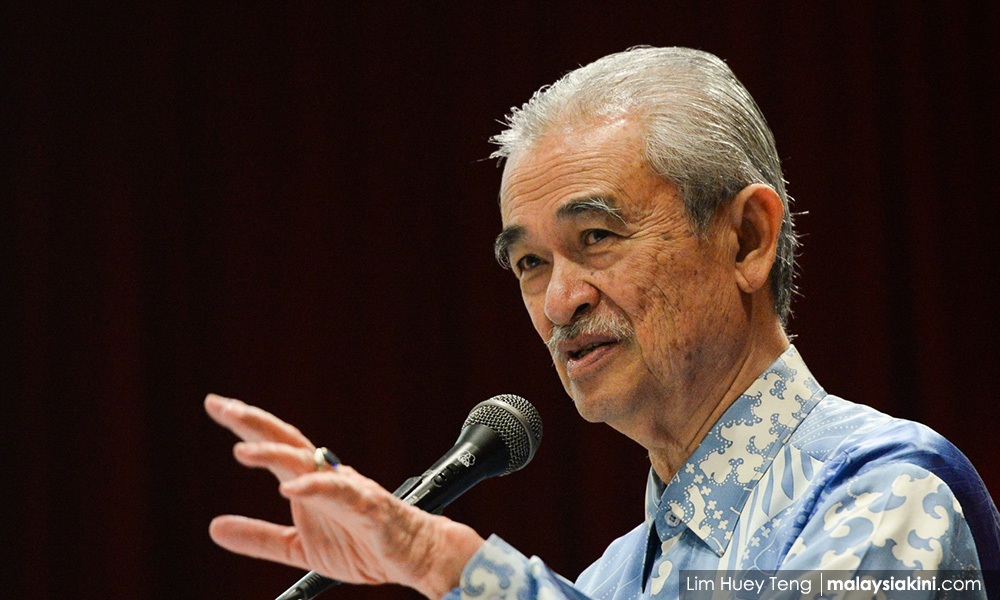 His media boys began toying with the idea of formulating a media council, but it was kept in abeyance until Najib became prime minister.

Within days of taking over Putrajaya, he promised journalists we would open another window to let in some fresh air. They were elated without realising a stink bomb had been thrown into the newsroom. What a fart!

Again, there was talk of a media council. Officials from the home ministry sat in at the preliminary meetings. My fellow editor, the late Zainon Ahmad and I were the only two who objected to it but for different reasons.

Najib had also promised to abolish the country’s sedition laws. But in 2015 alone, Amnesty International reported at least 91 individuals were arrested, charged or investigated for sedition - almost five times as many as during the law’s first 50 years of existence.

Even a cartoon of Najib as a clown was deemed seditious by the then inspector-general of police and the attorney-general, just as dropping yellow balloons with the words “justice, media freedom and democracy” near the prime minister and his wife was considered equally mischievous, insulting and seditious. 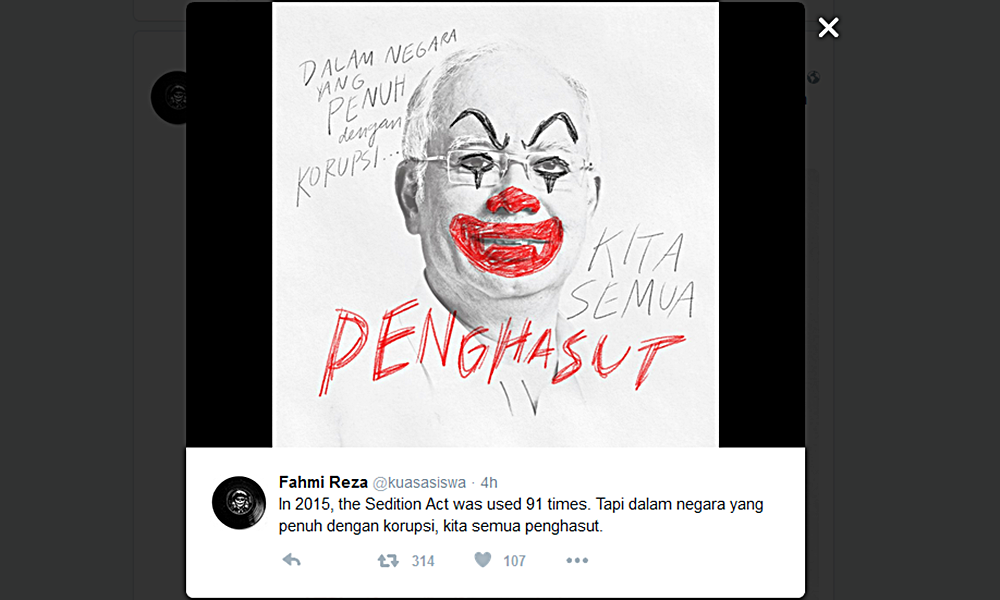 More ludicrous still is that the country’s apex court ruled that the government has the right to use printing and publication laws to ban people from wearing yellow T-shirts in support of electoral reforms. Only Najib knows best the co-relation between the textile industry and sedition.

Enough is enough, cried Mahathir. In 100 days, he promised to abolish the draconian and oppressive laws that collectively the last three prime ministers had hammered out.

I believe him, just as I put my faith in the new Pakatan Harapan administration. I too will have 100 days – to monitor Mahathir’s progress through a weekly media watch. God willing, I hope to offer some “constructive and socially responsible criticisms.” The best is yet to come. Hopefully.

BOB TEOH is an author and writer. He has an MA in Journalism from the Konrad Adenauer Asian Center for Journalism at the Ateneo de Manila University and was previously secretary general of the Confederation of ASEAN Journalists. He is currently based in Australia.