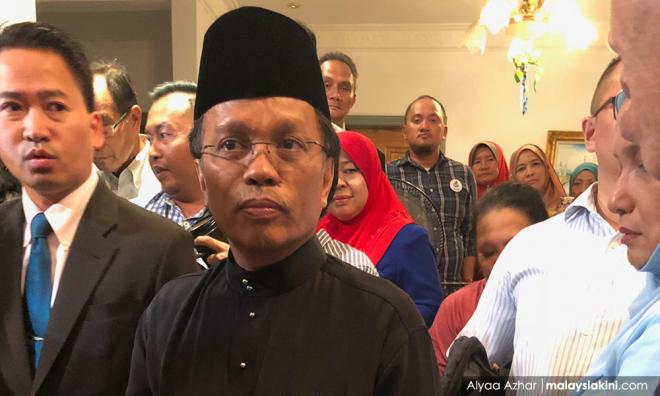 Shafie, who is Warisan president, said that had been clearly stated in the party’s manifesto for the 14th general election, and thus, should be heard and respected by the federal government.

"We love our country, but in loving the country, we need not only be respected, be heard, to know what the Sabah’s rights are, and everything that is contained in the agreement, which should not only be fulfilled, but executed well,” he told reporters after the opening of the 5th FCASS International Dragon Boat Race by Sabah governor Juhar Mahiruddin in Kota Kinabalu today.

Shafie said fulfilling the claims by the Sabah people of their rights under MA63 was a move at further strengthening unity and solidarity of the Malaysian people.

"It’s not only respect for one another, but by fulfilling the rights , I believe it provides the ingredient, which the Malaysians in Sabah have been waiting for more than 50 years, to make it work,” he added.

Shafie noted the people of the whole of Sabah had the right to enjoy the benefits of development, instead of focusing it at certain towns, such as Kota Kinabalu.

However, he said, developing the rural areas would take time as it could not be done in one or two years.

On the new state cabinet, Shafie said the list, which included the creation of two new ministries, had been submitted to the governor.

He said the line-up of the state cabinet would symbolise cooperation between Warisan and Pakatan Harapan.

On the participation of Warisan in the federal cabinet, Shafie said he had submitted a few names to Prime Minister Dr Mahathir Mohamad for consideration.