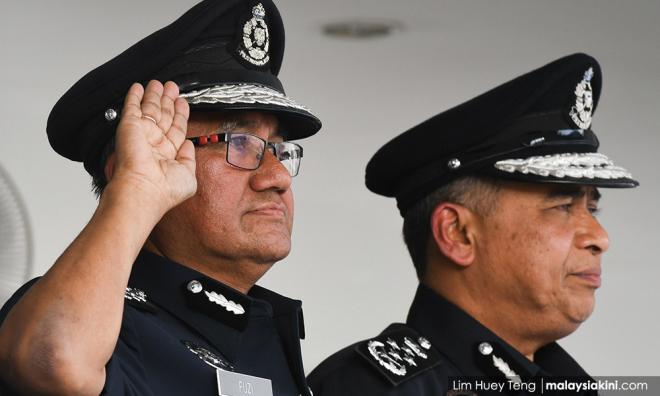 Police have not yet received any order or report on former inspector-general of police Khalid Abu Bakar, which would enable it to conduct an investigation.

His successor Mohamad Fuzi Harun said if there were any reports on Khalid, police would open an investigation paper.

“So far, there is nothing for us to investigate. But if there is a basis or a report on certain parties, we will conduct an investigation if it is necessary.

“But up till now, there are no orders from anyone to us,” he said in a press conference held at the Jempol district police headquarters in Negeri Sembilan today which was officiated by Negeri Sembilan Yang Dipertuan Besar Tuanku Muhriz Tuanku Munawir.

Separately, Mohamad Fuzi said police have tightened security at the entrance of the road going to the residence of former premier Najib Abdul Razak in Taman Duta in Kuala Lumpur as a security measure in the area.

“There are actually two indications, one is the fear for the security of the former prime minister, and we are also monitoring certain parties.

“At the same time, we also want to ensure the security of the residence so that nothing untoward happens,” he said.