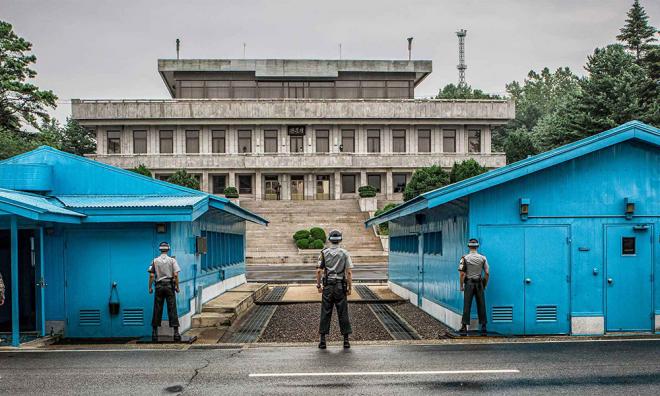 North Korea on Wednesday threw into question an unprecedented summit between its leader Kim Jong Un and US President Donald Trump scheduled for next month, denouncing military exercises between South Korea and the United States as a provocation and calling off high-level talks with Seoul.

A report on North Korea’s official Korean Central News Agency angrily attacked the "Max Thunder" air combat drills, which it said involved US stealth fighters and B-52 bombers, and appeared to mark a break in months of warming ties between North and South Korea and between Pyongyang and Washington.

Any cancellation of the June 12 summit in Singapore, the first meeting between a serving US president and a North Korean leader, would deal a major blow to Trump’s efforts to score the biggest diplomatic achievement of his presidency.

Trump has raised expectations for a successful meeting even as many analysts have been sceptical of the chances of bridging the gap due to questions about North Korea’s willingness to give up a nuclear arsenal that now threatens the United States.

The KCNA report called the air drills a "provocation" that went against the trend of warming ties.

"This exercise, targeting us, which is being carried out across South Korea, is a flagrant challenge to the Panmunjom Declaration and an intentional military provocation running counter to the positive political development on the Korean Peninsula," KCNA said, referring to a joint statement from an April 27 inter-Korea summit.

"The United States will also have to undertake careful deliberations about the fate of the planned North Korea-US summit in light of this provocative military ruckus jointly conducted with the South Korean authorities," KCNA said.

Trump-Kim meet on as planned, for now

A Trump-Kim summit until recently had looked impossible given the insults and threats the two leaders exchanged last year over North Korea's development of nuclear missiles capable of hitting the United States. 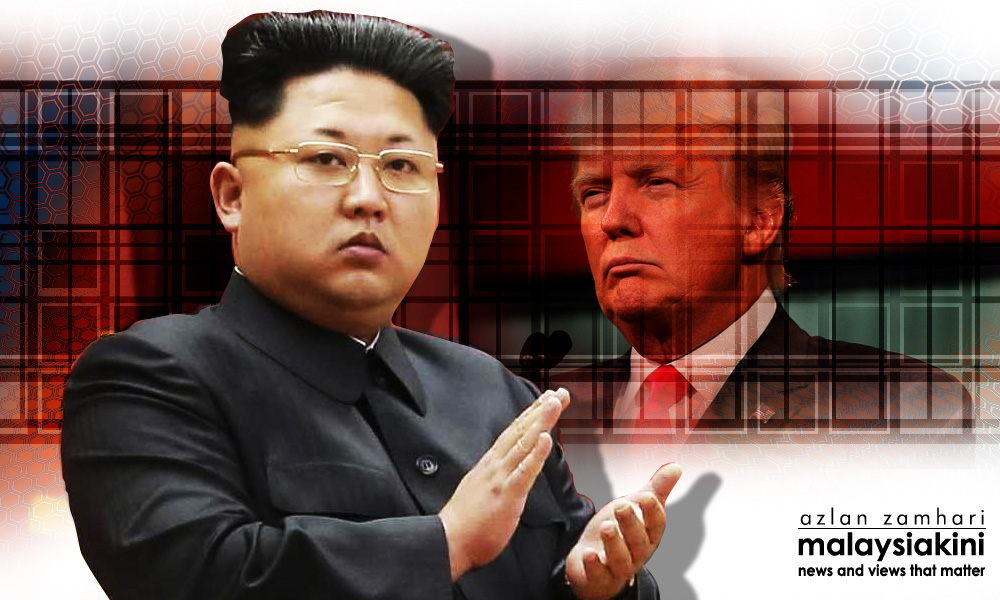 "Kim Jong Un had said previously that he understands the need and the utility of the United States and the Republic of Korea continuing in its joint exercises," US State Department spokesperson Heather Nauert told a briefing.

White House spokesperson Sarah Sanders said the United States would examine the North Korean statement "and continue to coordinate closely with our allies."

South Korea's National Security Office head Chung Eui-yong said in early March, after meeting Kim, that the North Korean leader understood that "routine" joint military exercises between South Korea and the United States would continue in spite of a warming of ties.

This was widely considered to be a major North Korea concession, though Pyongyang never publicly withdrew its long-standing demand for an end to the drills.

Kim’s latest move could be aimed at testing Trump’s willingness to make concessions ahead of the summit, which is due to be preceded by a visit to Washington next week by South Korean President Moon Jae-in.

A US government expert on North Korea said Kim may also be trying to gauge whether Trump is willing to walk away from the meeting, which has prompted the president’s supporters to suggest he deserves to win a Nobel Peace Prize.

Any acquiescence by Trump to a North Korean demand for a halt to joint drills would likely undermine South Korean and Japanese trust in his commitment to their security.

Kim has also shown a desire to win international approval for his diplomatic outreach, and any sign that he is sabotaging the talks could damage this effort.

KCNA said North Korea was suspending a ministerial-level North-South meeting, which had been due to be held on Wednesday to focus on plans to implement the inter-Korea summit declaration, including promises to formally end the Korean War and pursue "complete denuclearisation".

"The US should make efforts to create an atmosphere for mutual respect and confidence before dialogue, not resorting to a foolish farce that may reverse the good trend created with much effort," KCNA said.

The Pentagon said the May 14-25 “Max Thunder” exercises were routine and defensive in nature.

A spokesperson said the exercises would take place at Gwangju air base and would be "at a scale similar to that of the previous years".

Last year, Max Thunder involved about 1,500 US and South Korean personnel flying aircraft including F-16 fighter jets, according to a US Air Force website. 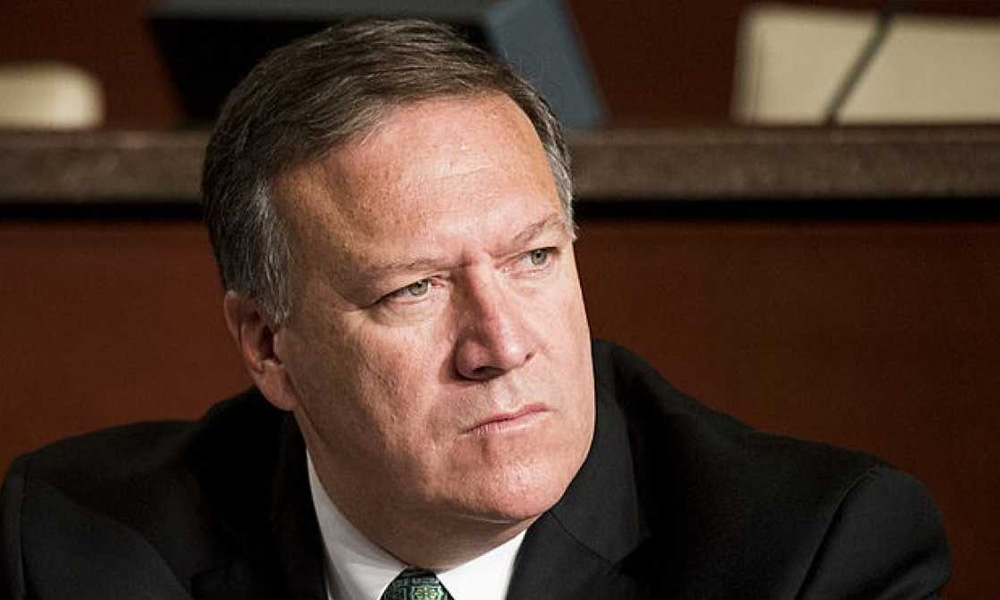 US Secretary of State Mike Pompeo (above) said on Sunday the United States would agree to lift sanctions on North Korea if it agreed to completely dismantle its nuclear weapons programme, a move that would create economic prosperity that would rival that of South Korea.

North Korea said on Saturday it would dismantle its nuclear bomb test site sometime between May 23 and May 25 to uphold its pledge to cease tests.

Joshua Pollack, of the Middlebury Institute of International Studies in California, said Pyongyang appeared irritated by the US administration's vow to maintain sanctions in spite of North Korean concessions.

"The North Koreans want a change in tone from the US, and at least so far, they're not hearing one," he said.

A South Korean presidential adviser warned on Tuesday that an incremental North Korean approach to denuclearisation would not be acceptable to Trump or the South Korean public.

Bonnie Glaser, of Washington's Center for Strategic and International Studies think tank, said Kim may be being influenced by Chinese President Xi Jinping after two recent meetings with the Chinese leader, who has advocated a freeze in North Korea's nuclear programme in return for a freeze in US-South Korean drills.

"The fact this issue is back on the table suggests Xi Jinping may have raised it with Kim, and that Kim is carrying Xi’s water," she said.