LIVE | After spending more than three years in jail over a sodomy conviction, PKR de facto leader Anwar Ibrahim has been pardoned today.

Anwar and his supporters have long maintained the charge was politically motivated.

Prime Minister Dr Mahathir Mohamad has promised to make way for Anwar in the future.

This live report has ended. 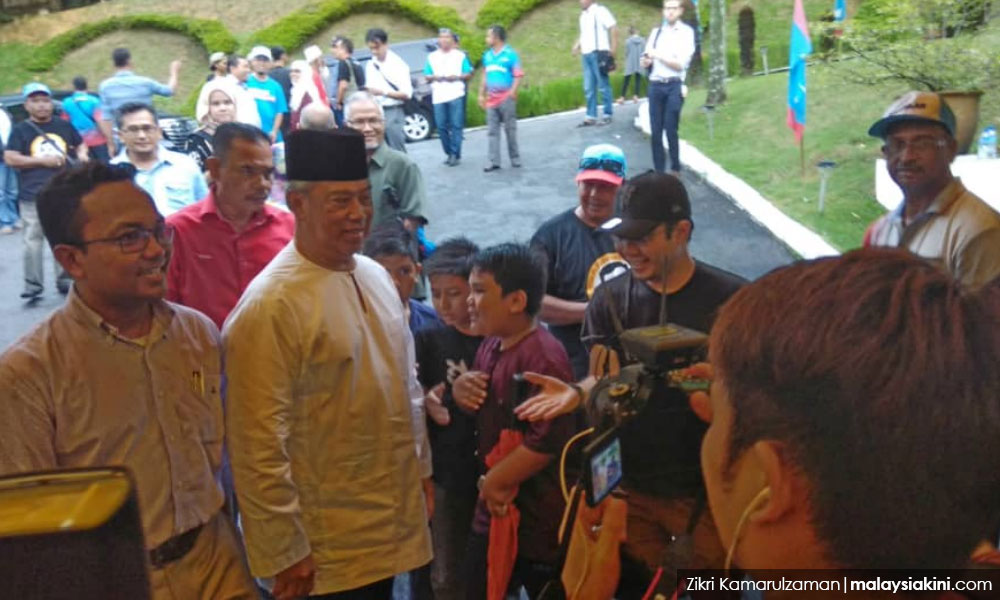 The visit comes 20 years after a similar visit in 1998, when Anwar was ousted as deputy prime minister.

The meeting lasted over half an hour, and Muhyiddin said they only had a light chat.

He said Anwar's presence will further strengthen Harapan, and hoped that he could meet with Prime Minister Dr Mahathir Mohamad soon to chart the country's future.

Anwar in no hurry to be PM, eyes lecture circuit

2.30pm: Bukit Segambut - In his first press conference as a free man, Anwar Ibrahim indicates that he is in no hurry to demand a handover from Prime Minister Dr Mahathir Mohamad.

He also hints that he may spend time rejoining the lecturer circuit in foreign universities.

"I got invitations from renown universities to give a series of lecturers, fellowships - from Havard University, George Washington University, Stamford and also parts of the Muslim world," he says.

Anwar thanks Mahathir for assisting in the process of securing his pardon.

He insists that he asked for a pardon not for the conviction, but because there was a miscarriage of justice.

He says he will now assist and support the new government as a regular citizen. 2.00pm: Bukit Segambut - Another round of "Reformasi" chants ring out as Anwar Ibrahim steps out of his home for his first press conference since 2015.

Selangor Menteri Besar Azmin Ali is by his side.

"The Prisons Department wants to hold a ceremony to hand me over," Anwar tells the press.

Over twenty prison officers then enter the canopy, and a lead officer addresses Anwar, announces his release from their custody before giving a salute.

The officers then take turns shaking Anwar's hand amid cheers and claps from onlookers.

Prison guards hang by the side of his car as it makes its entrance, and is followed by a dozen more prison guards on foot. 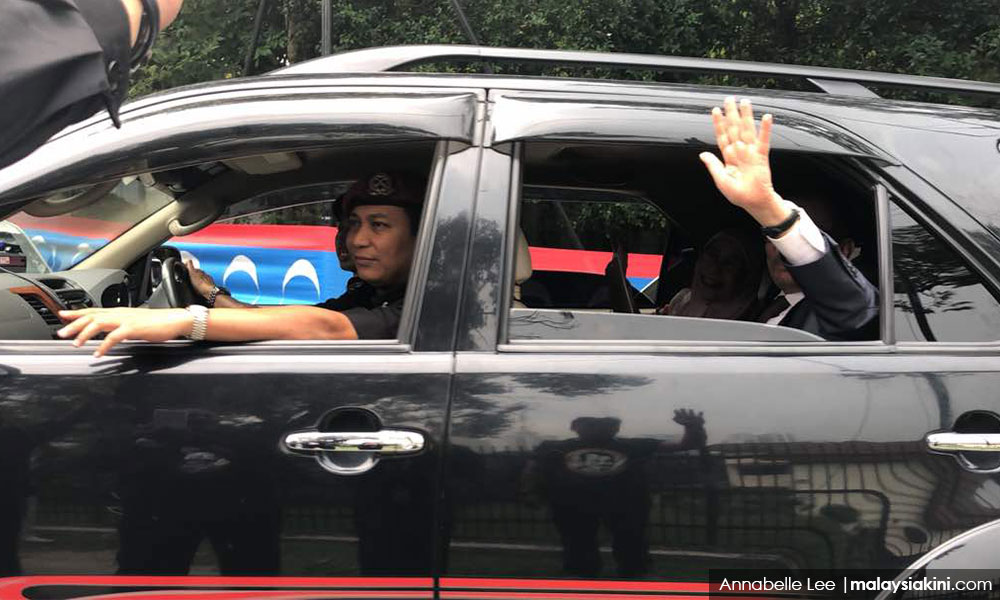 The situation is chaotic as supporters and reporters press up against the guards to catch a glimpse of Anwar.

Once Anwar is inside, a police officer loudly exclaims "Alhamdulillah settle." (Praise God, it is settled)

1.20pm: Istana Negara - A large crowd of some 300 people, mostly supporters of Anwar Ibrahim and curious onlookers, are gathered in front of the palace's Gate 2.

Also at the scene are about 50 blue taxis bearing PKR flags and honking their horns. 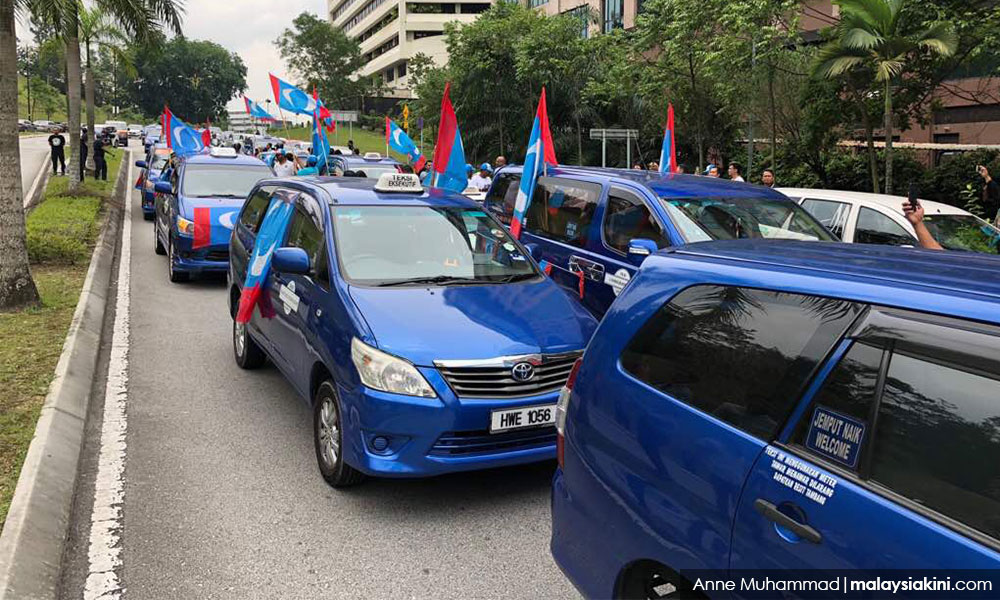 1.05pm: Bukit Segambut - An outrider from the Prisons Department and a black SUV enter the compound of Anwar Ibrahim's residence, sending the media into alert.

However, it's a false alarm as Anwar is not in the SUV, and the situation quickly calms down.

Outside the gates is a large bunting that reads "Anwar masih relevan, bapa reformis Malaysia" (Anwar is still relevant, the father of reformation).

Inside the compound the situation is calm but tense, as journalists and supporters wait eagerly for the PKR de facto leader's arrival.

Prime Minister Dr Mahathir Mohamad is there to welcome his former deputy.

Anwar shakes his hand tightly and they exchange words.

"The appeal for a full pardon for PKR de facto leader Anwar Ibrahim was presented and considered by the 51st Pardons Board meeting for the Federal Territories of Kuala Lumpur, Labuan and Putrajaya on May 16, 2018.

"In line with Article 42 of the Federal Constitution, the Yang Di-Pertuan Agong Sultan Muhammad V, on the advice of the Pardons Board, consents to grant a full pardon and immediate freedom to Anwar Ibrahim effective from the date of the Pardons Board meeting," says Comptroller of the Royal Household Wan Ahmad Dahlan Ab Aziz. 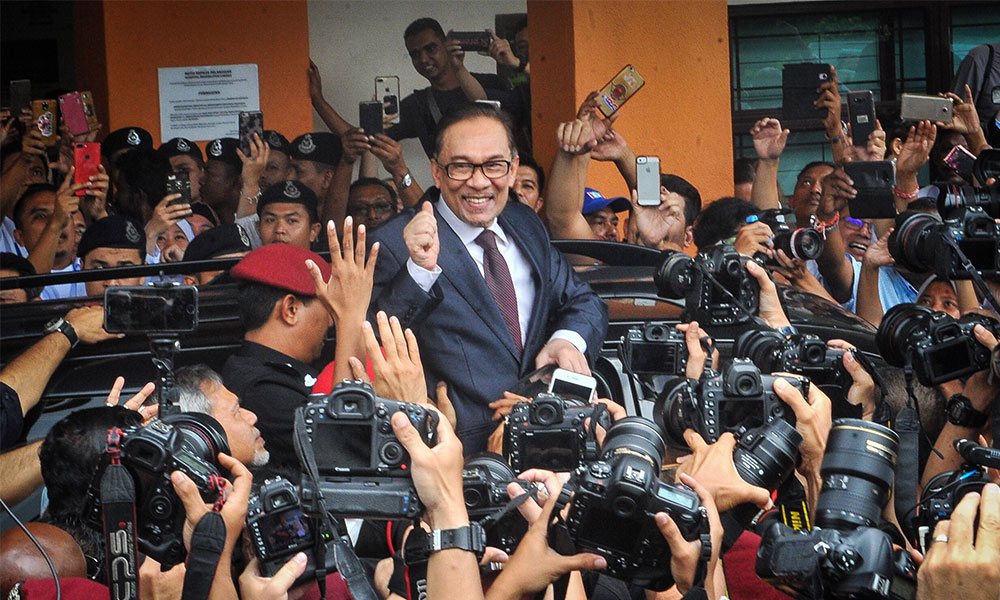 11.40am: Cheras Rehabilitation Hospital - The mad media scramble as cameramen scrum for a shot of Anwar Ibrahim. A mini stampede leaves some injured.

Prison guards mount the side of his Toyota Fortuner as Anwar and his wife Dr Wan Azizah Wan Ismail leaves the hospital for the palace.

Anwar walks out of hospital, heads to palace

11.34am : Cheras Rehabilitation Hospital - Anwar Ibrahim walks out of the hospital. Pressmen and supporters mob him.

It is a chaotic scene, but prison guards and police manage to usher him into a vehicle. 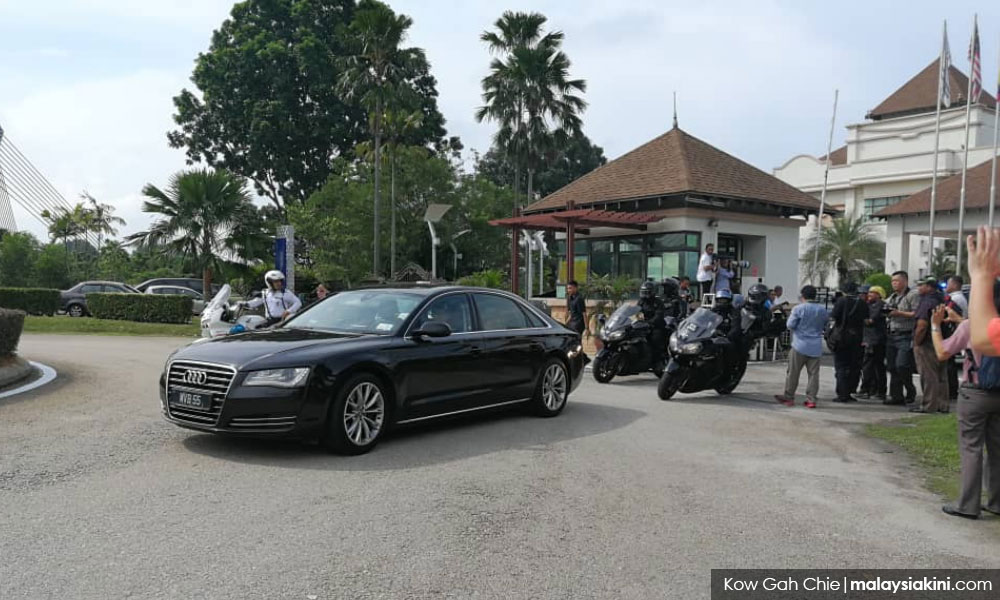 He is heading to Istana Negara for the Pardons Board hearing on PKR de facto leader Anwar Ibrahim.

The prime minister is one of the members of the Pardons Board.

PKR: Anwar a free man in half hour

11am: Cheras Rehabilitation Hospital - PKR Communications Chief Fahmi Fadzil tells the press that Anwar Ibrahim will briefly address the crowd outside the hospital.

Anwar will then be brought to Istana Negara to meet the Yang Di-Pertuan Agong.

The Agong will be chairing the Pardons Board meeting on whether to grant Anwar a royal pardon. 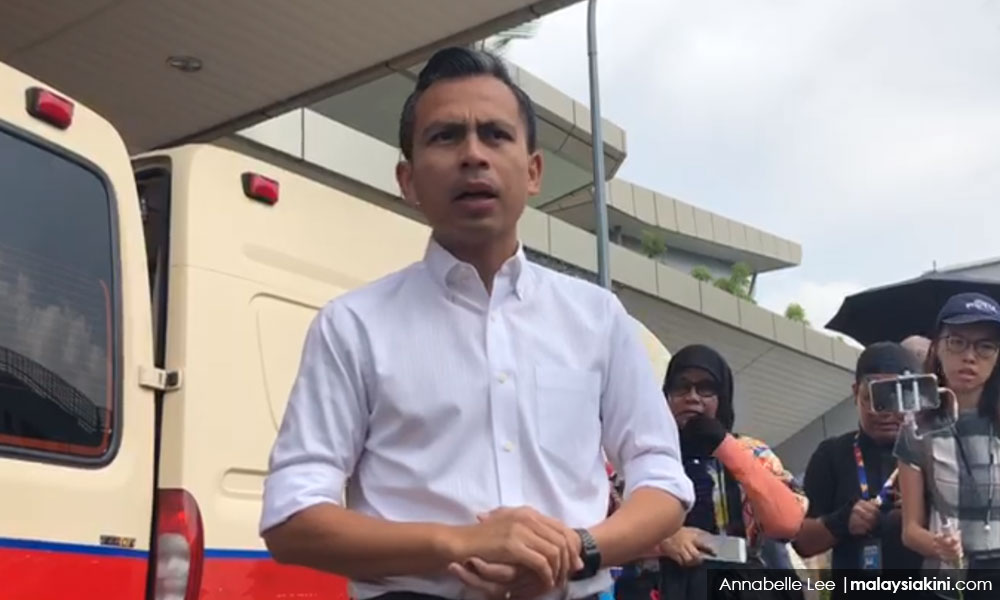 The meeting will take place at 12.30pm at Istana Negara in Kuala Lumpur, after the PKR de facto leader receives his royal pardon from the Pardons Board.

“We will leave for the palace at around 11.30am,” Azmin tells the members of local and international press that are gathered there.

About 100 of them have already been gathering outside the Cheras Rehabilitation Hospital, waving PKR flags and chanting “reformasi”. 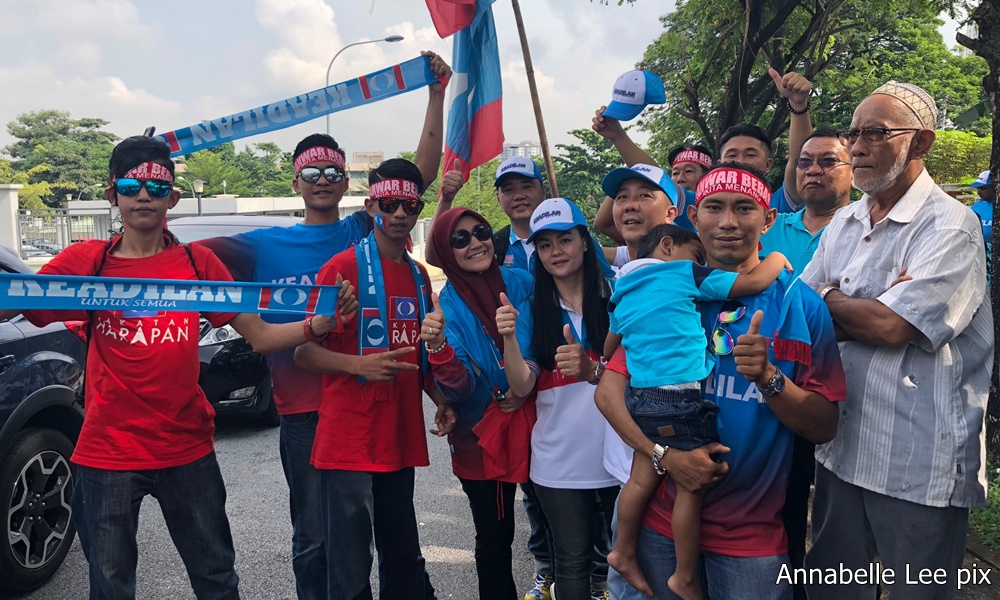 Spirits are high as Anwar is slated to be pardoned of his second sodomy conviction ahead of his initial June release date.

10am: Petaling Jaya - The Pardons Board is slated to meet on the matter of Anwar Ibrahim's release at 11am.

The Prison's Board has informed that should the pardon be granted today, the PKR de facto leader's release will be processed from Wac 2C of the Cheras Rehabilitation Hospital, Berita Harian reports.