LIVE | After spending more than three years in jail over a sodomy conviction, PKR de facto leader Anwar Ibrahim has been pardoned today.

Anwar and his supporters have long maintained the charge was politically motivated.

Tonight, his supporters are gathering in Padang Timur, Petaling Jaya for the Himpunan Merdeka Rakyat to hear his first speech after his release.

This live report has ended.

Rakyat must be the watchmen, says Anwar

11.30pm: Padang Timur - PKR de facto leader Anwar tells the people to monitor those who have been elected.

“If we see them living in style, marrying another, changing cars or buying an apartment, we lesing (hit) them!" he exclaims. 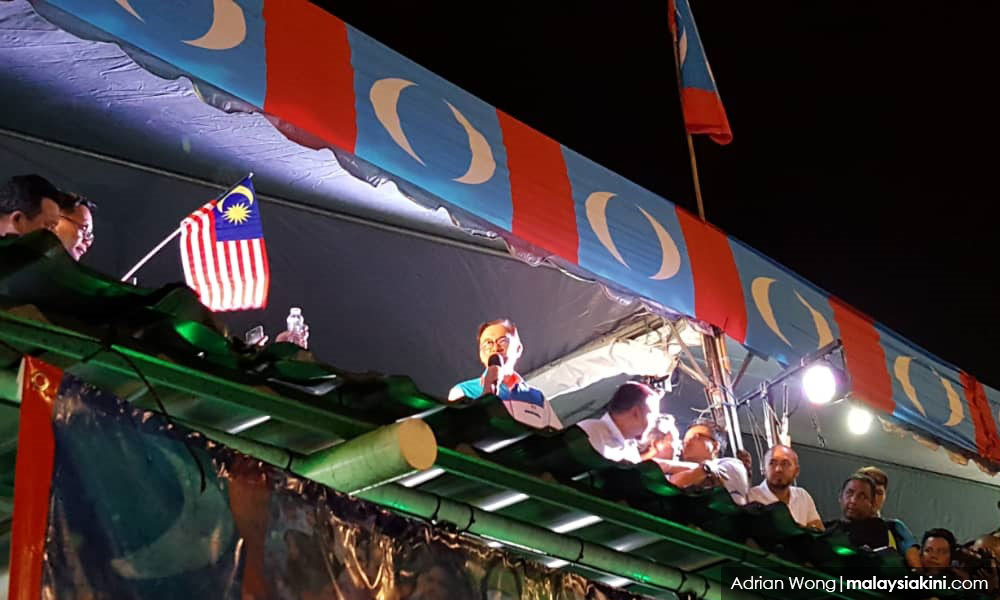 Earlier in his speech, Anwar tells the crowd that those who have been appointed to the cabinet must be given the time to do their job.

“But we must point out their weaknesses. If we see them living lavishly, we terajang (kick) them!

“But not Tun Mahathir, the others,” he jokes.

Bersatu 'back to normal', says Muhyiddin

He also announces that Bersatu‘s status as a party is now “back to normal”. 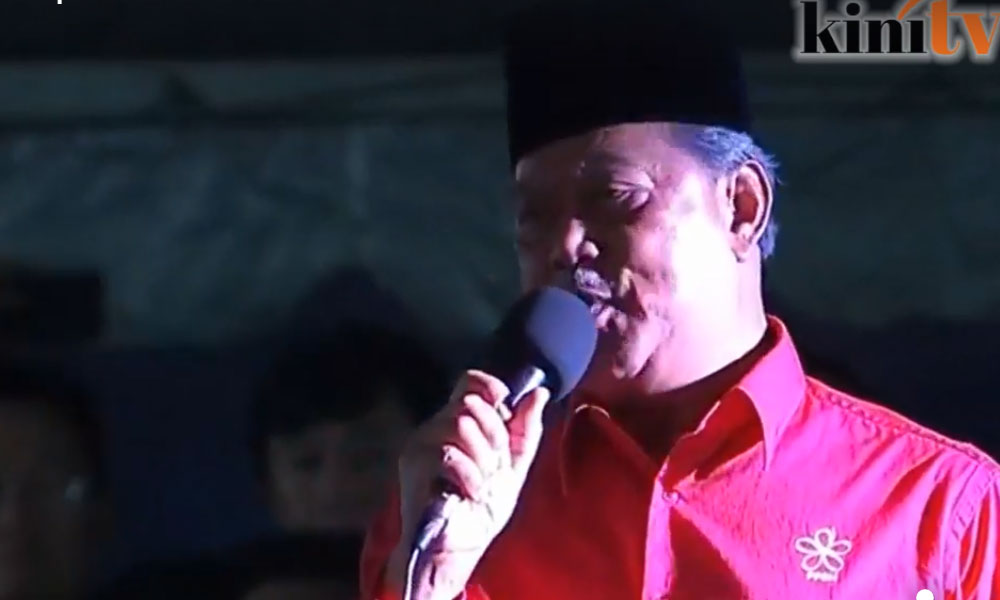 “As the president of Bersatu, I want to announce, as informed by the Registrar of Societies, Bersatu’s status is back to normal, it’s now legitimate,” he says, to cheers from those present.

Bersatu was slapped with a provisional dissolution order by the ROS after the latter claimed that the party failed to submit documents and information required of it.

'We won’t arrest people according to our whims, unlike them'

Responding to this, the crowd chants “Tangkap Najib” (catch Najib). 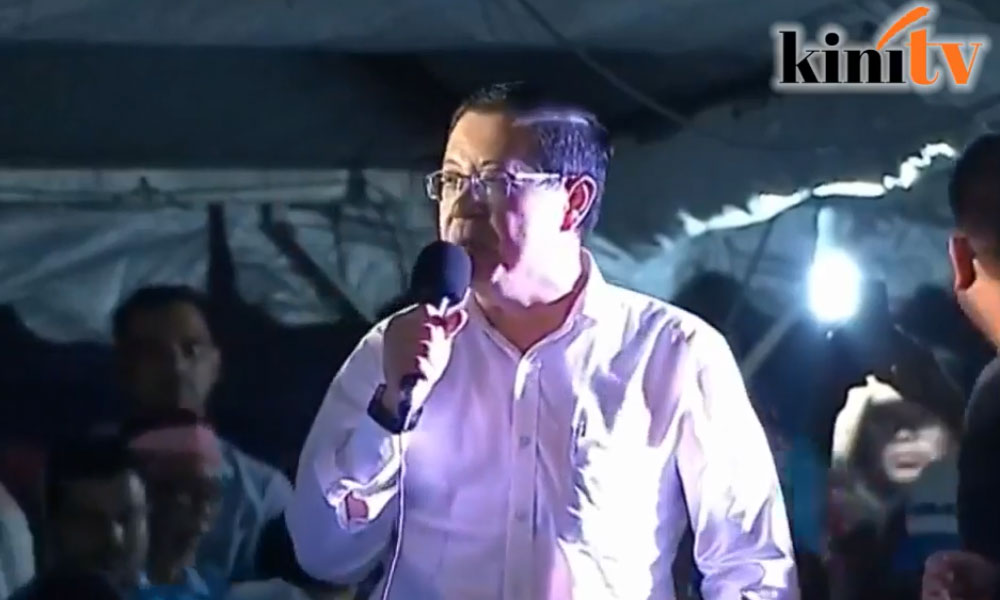 Lim stresses, however, that the Pakatan Harapan government is one that respects the rule of law.

“We won’t arrest people according to our whims, unlike them,” he says.

Before ending his speech, Guan Eng leads the crowd in singing a song against the GST, before that apologising for his lack of singing ability.

“I’m not Siti Nurhaliza,” he quips, referring to the popular songstres, before breaking into song.

“Rakyat bersatu tolak GST" (rakyat united against the GST) he sings, as the crowd follows along.

Rafizi: The fate of all M'sian on Harapan's shoulders

“We now have a bigger responsibility than before when we were the opposition. 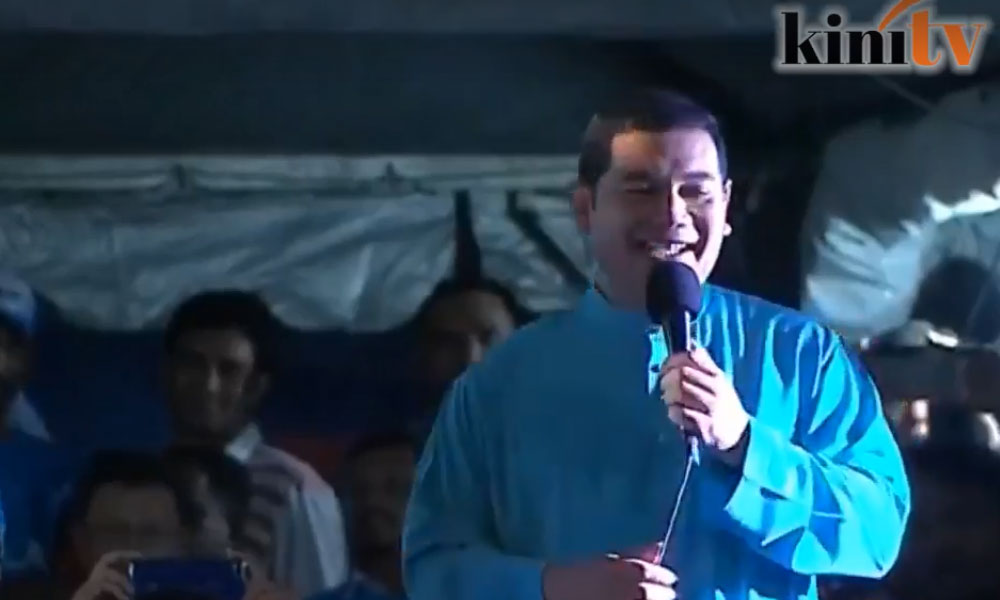 “Before this we only had to reveal and fight. But now the fate of 30 million Malaysians are on the shoulders of the leaders here tonight,” he says to an enthusiastic crowd.

He also urges Pakatan Harapan to show love to BN and PAS as the two must "take care" of the coaltion.

"BN and PAS have a big task as the opposition, to ensure the rights of the people are uplifted.

Rafizi added that all media including mainstream media such as TV3, RTM, Utusan Malaysia to be “fair” to all parties that is Pakatan Harapan, BN and PAS.

This would act as a form of check and balance to keep the Harapan government in check, he said.

'We’re all in this together'

Third speaker PKR vice-president Nurul Izzah Anwar notes how everyone made history on May 9 - polling day. 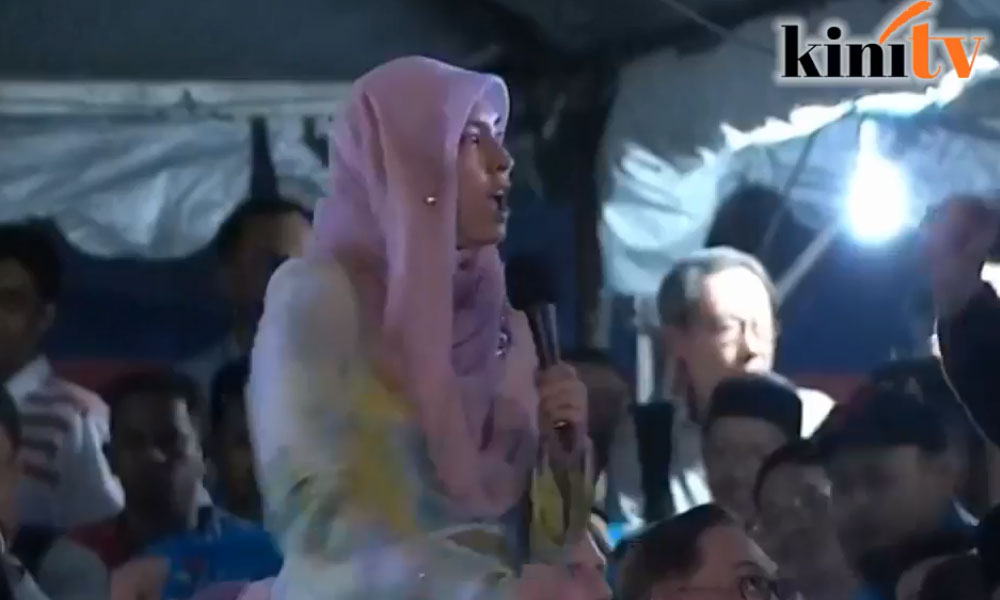 “Who knew after 20 years using one symbol and with strong determination, the rakyat rose to save the country.”

She also expresses gratitude as Anwar is finally back coincidentally in time with the fasting month which starts tomorrow.

“We’re all in this together. We as Malaysians will save the future of the country,” she says, ending her speech.

Some supporters atop the stage are still trying to take the opportunity to snap photos of Anwar.

He arrives in a black car escorted by a police sedan car, and the two cars are immediately mobbed by the crowd to the point that it takes him a few minutes to get out of the car. 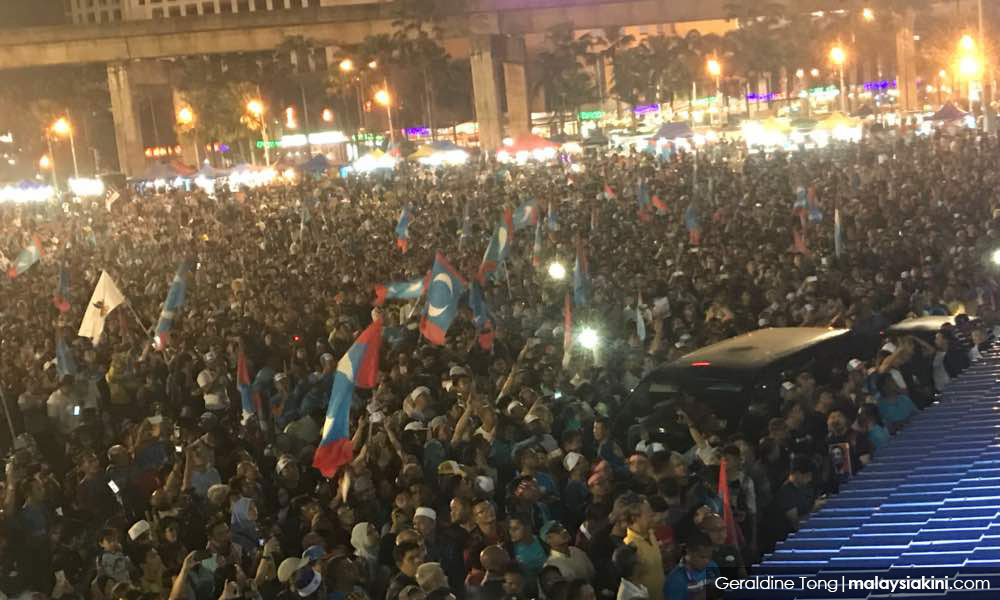 As Anwar finally reaches the stage to face the crowd, the crowd cheers raucously again, with some waving the PKR flag.

Meanwhile, the press crush surrounds Anwar onstage, prompting the emcees to call for the media to keep calm.

“Keep calm, media,” the emcee chants, as the crowd repeats after him.

Crowd builds up in anticipation of Anwar's arrival

9pm: Padang Timur - The crowd has built up to about 1,000 people at the Padang Timur to celebrate PKR de facto leader Anwar Ibrahim’s release from prison. 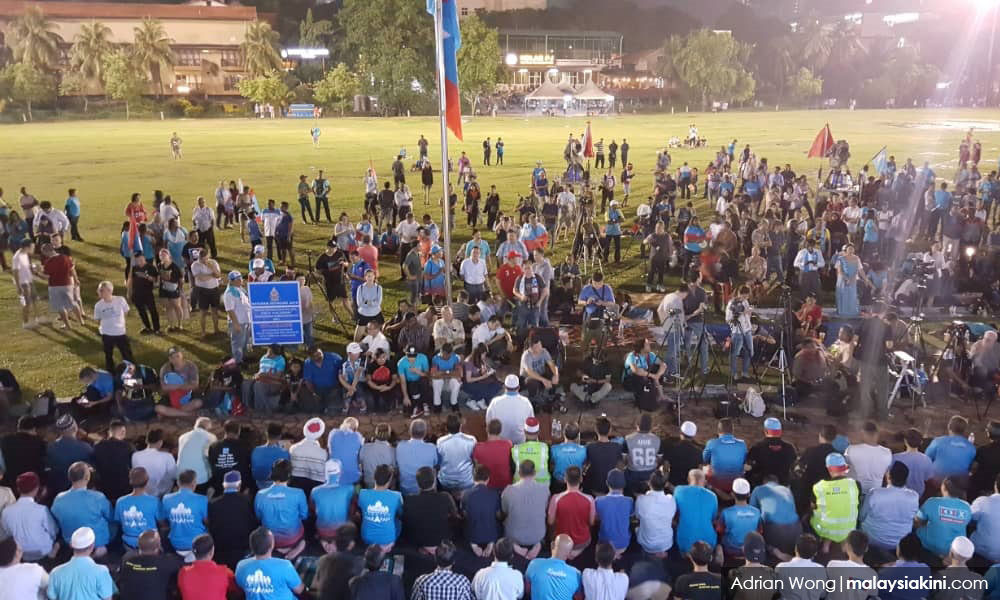 The emcee announces that Anwar is on his way. He is said to be 10 minutes away from the venue.

Upon hearing this news, the crowd, which had been sitting by the side of the field, cheers and moves towards the field.

Carnival-like atmosphere ahead of Anwar's appearance

Anwar was released from imprisonment today after Istana Negara confirmed that he had been granted a full pardon. 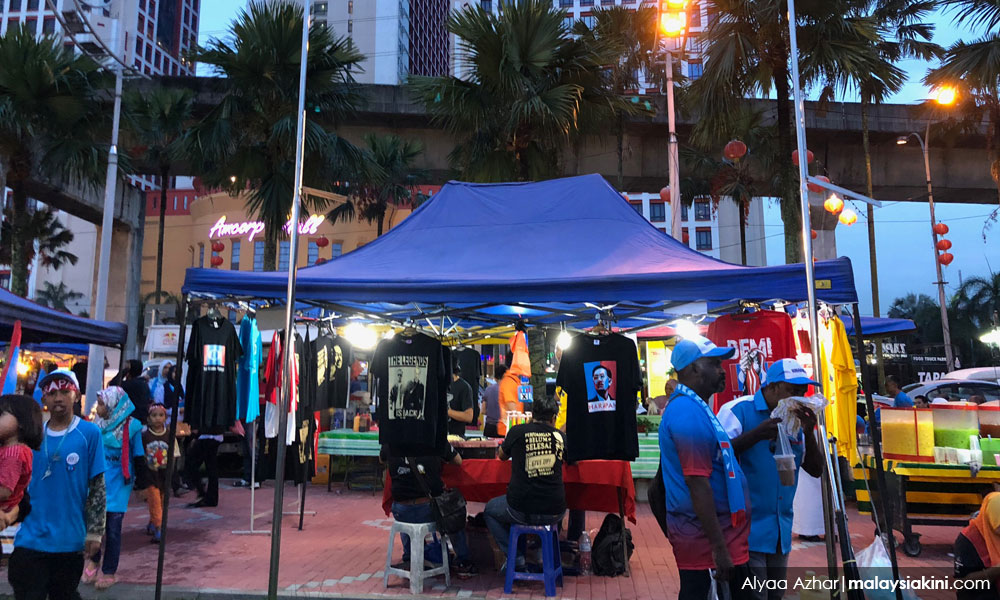 Subscribe Today
Read more from this author :
Malaysiakini Team
Read more like this :
#anwaribrahim
View Comments
Most Read
Most Commented
Most Recent