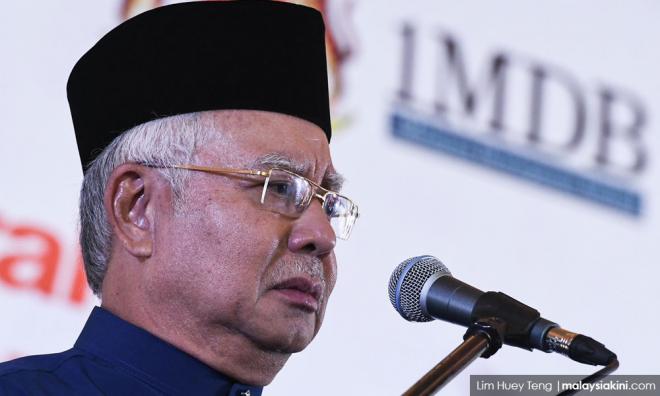 MP SPEAKS | Former prime minister Najib Abdul Razak is suffering a global case of denial syndrome when he claimed that the reason for BN's defeat in the 14th general election was due to slander by the coalition’s opponents.

Does that mean that recent news reports that police search of locations in the past few days linked to Najib, which allegedly netted more than 100 kg of gold (costing over RM16 million) and excess of RM1 billion in cash, including 72 bags of money and jewellery, as well as some 300 boxes of handbags are all slander, and if so, why the former prime minister had not taken any action to vindicate himself?

In actual fact, it is Najib and the BN leaders who are most guilty of slander in the last general election, for instance his TV3 interview on the night of May 7 where he made the bizarre and astounding claim that there were no Malays attending Pakatan Harapan ceramahs and that most of them were DAP supporters bussed in from outside the areas and therefore no likelihood of any “Malay tsunami” in GE14.

What is most shocking is that more than ten days after the watershed 14th general election, Najib is still living in his own hallucination.

Isn’t it time for Najib to wake up?

Investigations into the 1MDB scandal, which had stained Malaysia’s international reputation in acquiring the epithet of a global kleptocracy, are now revealing murky depths of the criminality of the Najib administration, in what the US attorney-general Jeff Sessions had described in an international conference as “kleptocracy at its worst”.

Malaysians are entitled to know what happened in the Week of Long Knives in the last week of July 2015 involving the prime minister, deputy prime minister, and the attorney-general, among others, on the 1MDB scandal.

When the country was awash with rumours that the attorney-general would charge the Najib for corrupt practices in connection with 1MDB scandal but suddenly on July 28, 2015, Najib went on the offensive and then attorney-general Abdul Gani Patail was sacked, Mohamad Apandi Ali resigned from the Federal Court and was sworn in as attorney-general, then deputy prime minister Muhyiddin Yassin was sacked, and national institutions like the Attorney-General’s Chambers, the police, the MACC and Bank Negara were defanged and tamed with the dissolution of the high-powered Special Task Force of four Tan Sris on 1MDB.

Let the whole story of the Week of Long Knives of July 2015 be revealed and be told to the Malaysian public.