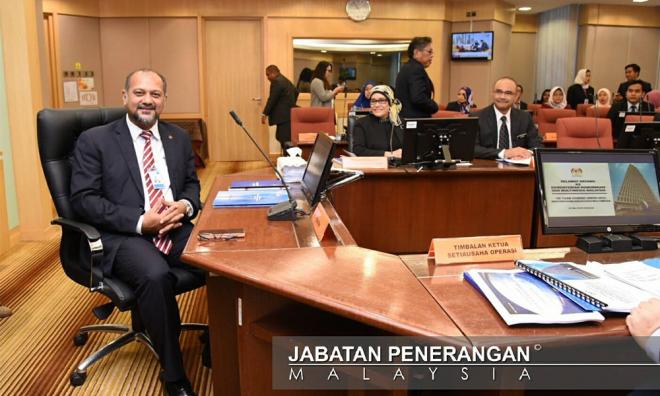 Gobind on broadband: Double the speed, half the price

New Communications and Multimedia Minister Gobind Singh Deo says he will work towards achieving broadband connections that are “double the speed, half the price” for the people.

He said the public had been complaining about the quality of broadband in Malaysia, which was far inferior to other developed countries.

Gobind, who started his first day in charge of the ministry yesterday said he would look at various aspects including problems faced by telecommunications companies and find solutions to improve the quality of broadband services in the country.

"If we look at broadband in other countries, the service provided differs greatly from what we (Malaysia) have, so there is no reason why we cannot emulate other systems from overseas. That's one thing I will try to do, (which is) also part of the 100 day plan," he said during a special programme broadcast live on RTM last night.

He said he would also be holding a meeting with telecommunications companies to discuss the matter.

Meanwhile, Gobind said he was also committed to ensuring freedom of the press, which also included criticism of the government.

He said accurate news reports without bias would be able to better shape the minds of the people, thus leading Malaysia towards becoming a developed nation.

"In Pakatan Harapan, we are advocating to uphold the principle of freedom for all parties, and an important aspect of this is the media," he said.

Gobind said Malaysian citizens were also mature enough to watch debates on television to gain a better understanding of the issues at hand.

"If we want to have a debate, I don’t think there is a problem with that. We are actually debating (with each other) every day, even at the coffeeshop," he quipped.

The Puchong MP also welcomed criticisms towards the Harapan government by the opposition in Parliament.

"I hope they are given full opportunity to debate in Parliament and bring up issues close to the hearts of the people, criticising our government where necessary.

“We should not have a Speaker who blocks the opposition from bringing up issues, and that's the main difference between us and the previous government," he said.