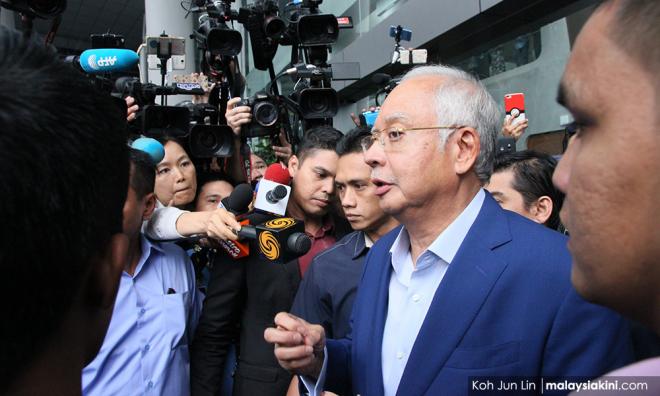 Former prime minister Najib Abdul Razak has criticised the new Pakatan Harapan government for claiming the country's debt was significantly higher than official figures, claiming that it had spooked the financial markets.

He also slammed ministers for taking their own statements lightly.

"Words said and allegations made while in the opposition carries a very different weight now that you are in power and holding the positions of the finance minister or the prime minister...