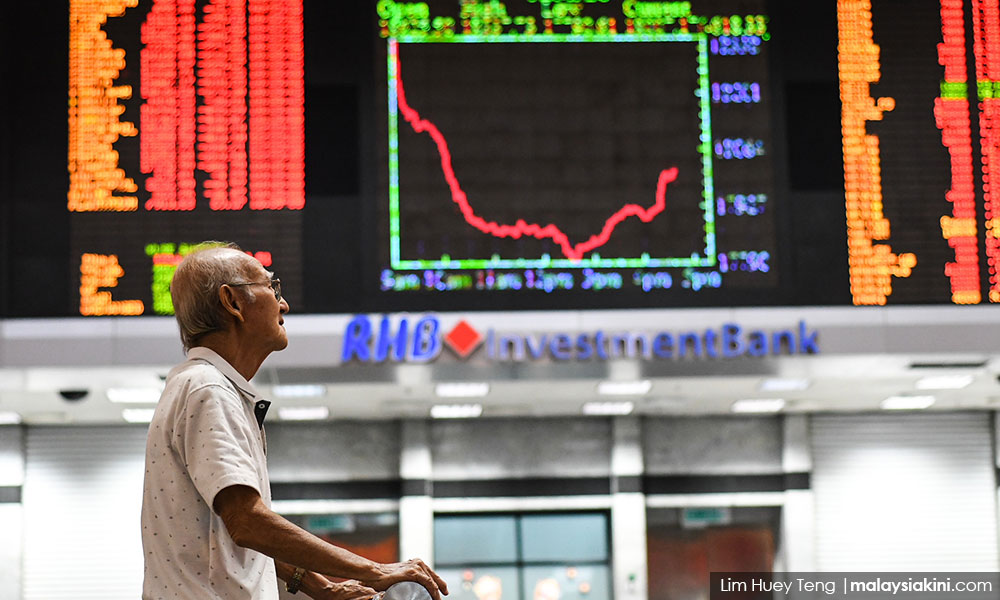 Markets will stabilise when the dust settles, say analysts

Multiple factors are affecting the markets but the recent outflow of foreign funds from stocks has raised concerns from many quarters.

However, analysts opined that these would gradually stabilise once the government policies were firmly placed on a sound footing.

Foreign funds reportedly dumped RM2.48 billion of local equities in reaction to the unexpected outcome of the 14th general election as the market volatility continued last week following a spate of development and revelation of bad numbers, including the country’s debt standing.

He said the markets would normalise once “the dust settles”.

“There have been multiple factors affecting the market. Renewed concerns on geopolitics in North Korea, as well as the Middle East, have caused market participants to stay light and prefer to hold more cash-like instrument as they have become increasingly risk averse,” he explained.

At the same time, anxiety over the state of the government’s debt revealed by the Ministry of Finance (MOF) had caused the markets to be wary but its assurance to honour the debt obligation should ease such concern, he told Bernama.

According to the MOF, Malaysia's total debts and liabilities amounted to RM1.087 trillion, or 80.3 per cent of gross domestic product as at end-2017, after official debt, contingent liabilities and lease payments for public-private partnerships were tabulated together.

"Further foreign fund outflows are still possible in the near term. But given the sheer size of prevailing outflows, it could have been overdone as Malaysia’s economic fundamentals are still intact.

"Apart from that, the undervaluation of the ringgit could also attract foreign funds to accumulate Malaysian stocks," said Mohd Afzanizam.

He added that the ringgit would remain in a tight range of between 3.97 and 3.98 against the US dollar during the first 100-day period.

"It is going to be a gradual process (to bring in foreign funds). We will have to work hard to restore their confidence. I think we will get there but it will take some time.

"First order of the day when the local funds are buying, I guess they will have to concentrate on blue-chips and that might help bring the index back up. I don’t think it will reach a historic high but will narrow the losses since the all-time-high on April 19, 2018," said Pong.

The FBM KLCI clocked its highest of 1,895.18 on April 19, boosted by fund buying of banking and Petronas-linked stocks ahead of the May 9 general election.

Echoing Mohd Afzanizam’s observation, Pong said one of the main reasons prompting foreign funds to relinquish their holdings in local equities was concerns over public debt, which tended to be higher than previously announced.

"Another reason is the issue surrounding emerging markets (EM). EM (assets) were being sold because of worries about outflows that began with the rise of the US dollar. The greenback strengthened due to higher yield in the US (and it tends), weakening currencies in the EM markets sharply," he added.

For MIDF Amanah Investment Bank Bhd Chief Economist Dr Kamaruddin Mohd Nor, the recent announcement on the financial position of the country, especially on the debt and liabilities, was not something new to the financial fraternity albeit few details which were not made public.

He said the disclosure might raised eyebrows but it was not tantamount to credit rating downgrade.

“Our economic fundamentals are intact and both banking and capital markets are well capitalised and vibrant.

“Naturally, there will be a transition period as the new government is assessing and evaluating the “as is” to move forward with “how to”.

“At this juncture, the formation of CEP (Council of Eminent Persons) and a task force to address important issues is a step in the right direction to pacify both domestic and foreign investors.

“With greater clarity on policy direction, market confidence will be restored,” he said.

On the ringgit, he said the currency would be under pressure, gauging from recent developments, both at the domestic and external fronts.

“US dollar rally continues as US bond yield rises unabated and it put pressure on the ringgit. Nevertheless, we are still maintaining our year-end target for ringgit at 3.95,” he added.

He said when the previous government returned to power in GE13, funds rushed into Malaysian stocks one day after the election to the tune of RM1.43 billion but later normalised and went into selling territory with foreigners being net sellers for 24 out of 34 remaining weeks.

Hence, the selling could continue until year-end, he opined.

“General elections are expected to be held in Thailand and Indonesia in February 2019 and April 2019, respectively,” he said.

It was also noted that foreign investors in Malaysia did mop up RM14.6 billion in 2012 and RM10.3 billion in 2017, which were pre-election years.

For the week just ended, he noted that foreign funds dumped Malaysian equities amounted to a total of circa RM812 million from Monday to Thursday, extending the selling streak to 14 straight days.

Approximately RM4.5 billion worth of local equities had been withdrawn by foreign investors during the 14 days, wiping out the RM2.5 billion inflows from early this year until before GE14.

RHB Banking Group Chief Economist and Head of Research Arup Raha said ever since the markets started anticipating a faster-than-expected increase in US interest rates and the strengthening US dollar early this year, there has been a general outflow of funds from emerging markets.

“Malaysia was an exception in that it continued to receive inflows until the end of April. But emerging market risks have been rising as could be seen in Argentina or Turkey and Malaysia is no longer an exception. Funds have been exiting Malaysia too,” he said.

Arup said countries that were most vulnerable to these outflows were those needing US dollar funding, which meant countries with current account deficit or high short-term dollar debt or great energy import needs.

“Malaysia is not one of them. It is relatively safe, though it hasn't been spared. The outflows should moderate, if not stop, once external risks abate,” he said.

On government debt, he said the change in debt was 14.9 per cent of GDP, which was not a insignificant number.

But even with that, and excluding contingent liabilities, the debt is about 65 per cent of GDP, which should not merit a downgrade, though it will certainly draw the attention of ratings agencies, he pointed out.

Hence, he said what followed in terms of policies would be important to see.

If the Pakatan Harapan government proves that it could keep the fiscal deficit in check and has plans to reduce the debt levels, this would help rebuild investors and ratings agencies’ confidence, he said.

As for the ringgit, Arup said RHB Group expects a strong US dollar and hence, a weaker ringgit from the middle of January.

“We are sticking to that point of view, especially with growth momentum in the US and other parts of the world starting to diverge further.

“We expect a gradual depreciation of the ringgit versus the US dollar but for it to still be one of stronger regional currencies,” he said.