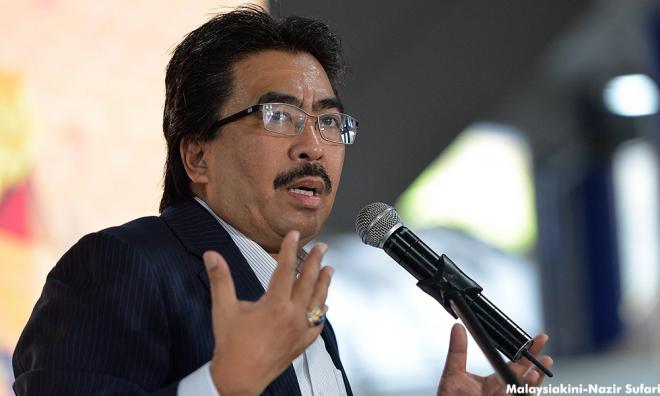 An arrogant BN wrongly assumed that Malaysians would forever feel indebted to the coalition and would return it to power, according to Umno supreme council member Johari Abdul Ghani.

BN thought Malaysians would still remember that it was BN's policies that grew the country's economy from RM4 billion to RM1.3 trillion, the former finance minister II was quoted as saying by The Malaysian Insight.

However, Johari said, the people changed and what might have been true at a particular time did not hold true on the May 9 voting day.

The strategy of Dr Mahathir Mohamad to get voters to think of major integrity and corruption issues had worked, said the former MP for Titiwangsa.

The voters also focused on the rising cost of living and the goods and services tax (GST) raised by the prime minister and Pakatan Harapan.

"He brought up issues that touched on the BN leadership’s integrity and it struck a chord with the youth," Johari said.

Titiwangsa is a Malay majority constituency with 72 percent Malay, 17 percent Chinese and nine percent Indian voters, with a total of 61,598 voters.

Johari also said he is considering to contest the post of vice-president post in the coming Umno party elections.

"I will defend the Titiwangsa Umno division chief's post and at the national level. I am thinking of going for one of the three vice-presidencies."

He believes that this will give him a platform to start repairing the "broken" party.

It is the time for Umno members to reflect on what they can do for the party, he said.

Like other Umno politicians, he said he had raised many issues affecting Malaysia and Umno at the party’s supreme council meetings.

Asked if he raised the 1MDB scandal, Johari merely said, "Let the current government handle it. The practice of stifling debates in the party in the name of consensus should end.

"We should encourage debates and encourage the election of party leaders at every level."