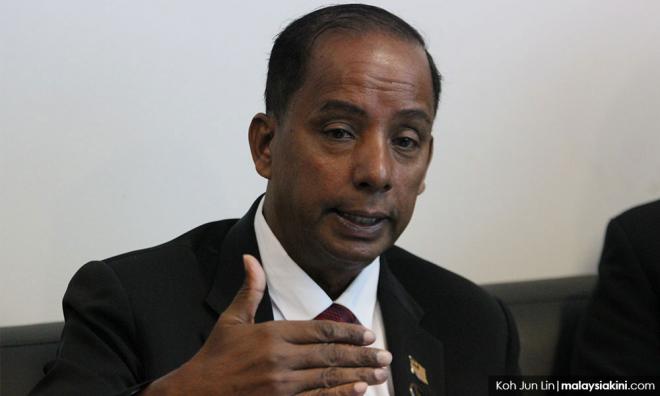 The government will make an announcement on the new minimum salary for the private sector by August.

Human Resources Minister M.Kulasegaran said the National Wage Consultative Council (MPGN) would hold a meeting on June 13 to deliberate on the review of the Minimum Wages Order 2016.

The minister said the MPGN meeting would also take into account recommendations on minimum wage and other relevant matters, to fulfil Pakatan Harapan’s manifesto.

“After the meeting, the ministry will prepare a Cabinet Memorandum for the government to make a decision,” he told a press conference after the Human Resources Ministry’s monthly assembly here today.

Kulasegaran said the ministry had also discussed the 10 manifesto pledges that the PH government promised to fulfil within 100 days including minimum wage for the whole country.

In another development, he said the government was prepared to consider the proposal for 1.2 million housewives in the country to be given Social Security Organisation (Socso) coverage, in appreciation of their contribution to their families.

He said a study would be conducted on the implementation mechanism to see whether or not it is viable for the country.

He cited the United Kingdom which provides social security coverage for their unemployed citizens.

“Many housewives are under the B40 group and have no social security network. The World Bank describes the contribution of working and non-working women as equally important to national development,” he said.

Earlier, Kulasegaran stressed in his speech that the ministry must have zero corruption, and strengthen its enforcement.

"I have also instructed the enforcement team of all agencies in this ministry to regularly conduct inspections at employment premises to ensure that they comply with the labour laws,” he said.

Meanwhile, he said backlog of cases at the Industrial Relations Department and Industrial Court would be duly dealt with.