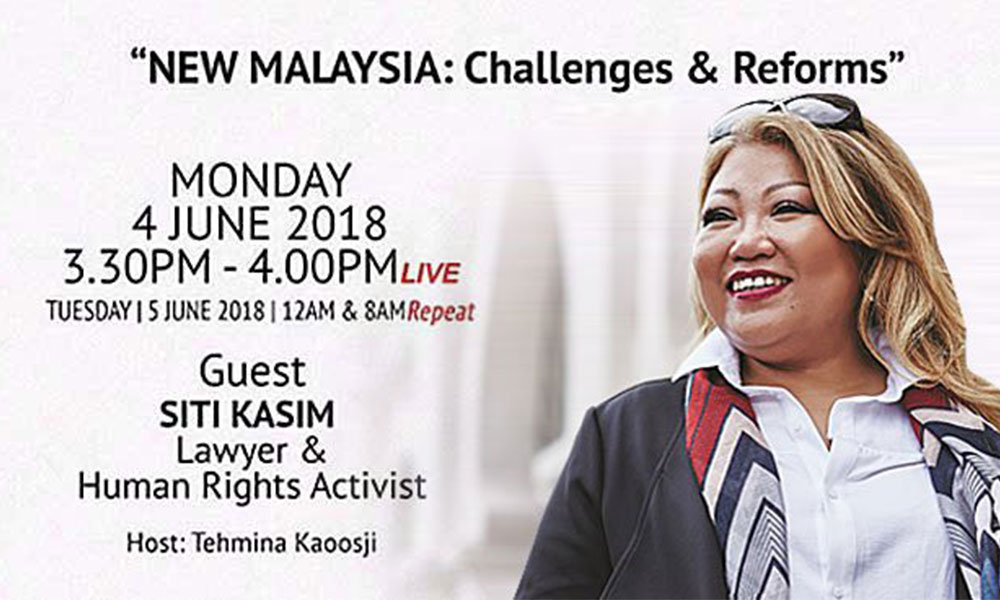 Bernama News Channel (BNC) has clarified that it had not cancelled an interview programme with lawyer and activist Siti Zabedah Kasim, popularly known as Siti Kasim, earlier today.

BNC, in a statement issued tonight, said the news channel would communicate with her on the new date of the interview.

“As a responsible news channel, BNC has never turned down or cancelled any interview with any individual of different beliefs and backgrounds.

"BNC believes that in assisting the government in nation-building, every segment of the community should be given the opportunity to voice their aspirations over the 24-hour news channel which has been in existence since 2008,” it said.

BNC also expressed regret that the decision to reschedule the interview had created confusion and dissatisfaction among viewers, particularly Siti Kasim herself.

"We assured her that the channel will communicate with her on the new date of the interview," the statement said.

Meanwhile, in an immediate response to Bernama tonight, Siti Kasim said she welcomed the clarification from the BNC on the matter, adding that she would consider taking up the invitation if invited by BNC again.

“I will consult my close friends about it, (but) I think I will take it up, so I can clear all the misconceptions,” she told Bernama when contacted.