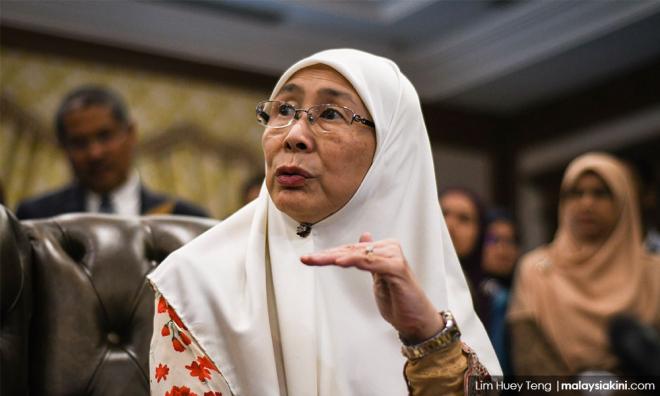 Despite austerity measures, Harapan to stick to EPF for housewives

Deputy Prime Minister Dr Wan Azizah Wan Ismail has given her assurance that the Employees Provident Fund (EPF) contributions for housewives will be implemented even though the government is facing a huge problem in preparing the funds.

“I was given assurance by the finance minister, and Insya Allah, we will do our best to resolve the problem,” she said in her speech at the Incorporating Good Values Programme in Putrajaya today.

Wan Azizah said the Pakatan Harapan government was facing tough challenges as it had inherited an administration which had accumulated a lot of debt.

“As such, the task of looking after the people will be more difficult,” she said.

Nevertheless, Wan Azizah said the government was committed and would keep its promises made in the Harapan manifesto to alleviate the burden of the people.

Among the promises made in connection to the Women, Family and Community Development Ministry include the effort to increase access and quality of health service, increasing the income of the people and introducing EPF for housewives.