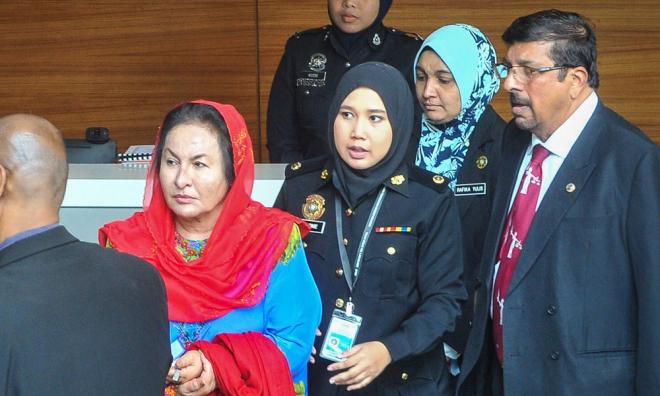 Former premier Najib Abdul Razak's wife Rosmah Mansor has appointed a new defence team to accompany her to the MACC over its investigation on the misappropriation of SRC International funds.

"Yes, I am representing Rosmah with Geethan, but not Najib," senior counsel Kumaraendran told Malaysiakini when contacted.

Puravalen in a statement to Malaysiakini said: "Yusof and I have ceased in representing Najib. I have also ceased from appearing for Rosmah.”

If true, this is the second time Najib and Rosmah's lawyers had withdrawn themselves from representing the former prime minister and his wife.

Previously, lawyer Harpal Singh appeared and gave statements as part of the legal team when the police probe began.

Yusof and Puravalen represented Najib while he was questioned by the MACC.

It remains uncertain who will be appearing for Najib in the police and MACC probe.