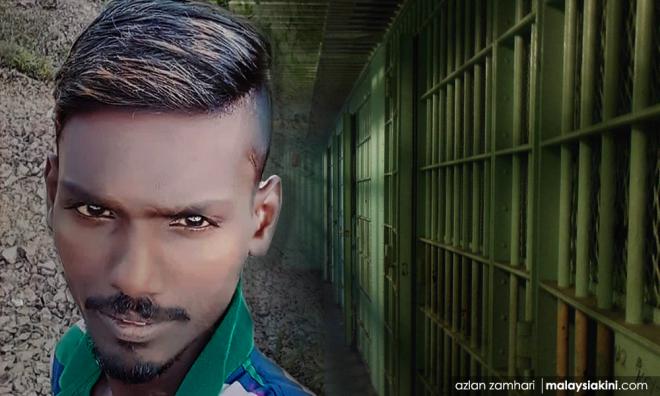 The death of a prison inmate this week has prompted a call for the new government to urgently review prison conditions across Malaysia to ensure detainees' welfare.

Commenting on the “tragic death” of 22-year-old Mariappan Manivannan (photo) on Wednesday at Bentong Prison, Pahang, PKR Women vice chief Sivamalar Genapathy noted how the inmate had been unwell for a month prior to his death and had been suffering continuously from symptoms such as vomiting and diarrhoea, but did not receive proper medical care.

“It is truly appalling that Mariappan was made to suffer in the way he did.

“As part of the reform agenda, Pakatan Harapan must ensure that all prisoners are accorded adequate medical treatment and treated with dignity and respect,” said Sivamalar in a statement.

She hopes the Pahang police would probe the case “without fear or favour”.

Sivamalar said the government should ensure that prison doctors and healthcare providers are adequately trained and supported in their work, including to deal with more complex issues facing inmates, such as mental health and addiction.

“Prison staff should not be made to face inhumane working hours, which can contribute to the negligence of care and safety.

“Reports of cramped and unsanitary prisons and detention centres should also be investigated,” she added.

Sivamalar meanwhile cited a 2017 Suhakam report that Malaysia's prison healthcare falls below acceptable standards and stated the Home and Health Ministries should work with the Prisons Department to address the matter.

“Deaths in custody and instances of torture and degrading treatment of inmates were shockingly prevalent under the previous BN administration.

“We, as Harapan must prioritise and uphold our manifesto pledge to establish the Independent Police Complaints and Misconducts Commission (IPCMC), with all allegations of misconduct investigated in a fair and comprehensive way, including any allegations of death in custody,” she said.

“The alarming statistics of deaths in police custody under the previous BN government cannot afford to be ignored a day longer, nor perpetuated.

“The enjoyment of the highest attainable standard to physical and mental health is a fundamental human right,” she said, reminding the government to ratify the United Nations Convention Against Torture, as well other rights protecting instruments.