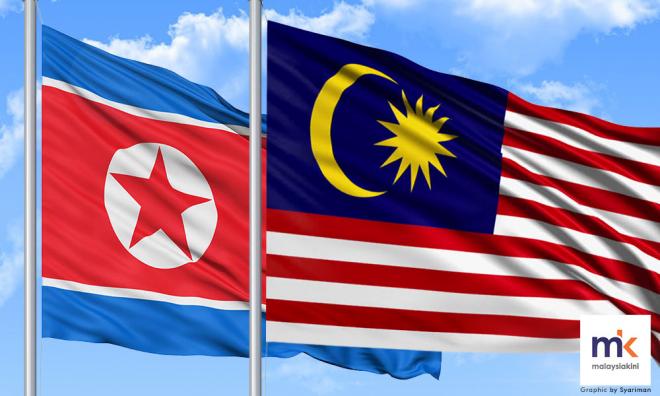 Malaysia will reopen its embassy in Pyongyang, Prime Minister Dr Mahathir Mohamad has said, suggesting an end to the diplomatic row over the assassination of North Korean leader Kim Jong-un's half-brother in Kuala Lumpur last year.

"Yes, we will reopen the embassy," Mahathir said in an interview with the Nikkei Asian Review published on Monday during his trip to Japan.

Malaysia's once-close ties with North Korea were severely downgraded after Kim Jong-nam was killed at a Kuala Lumpur airport in February 2017 when two women smeared his face with VX
nerve agent, which the United Nations lists as a weapon of mass
destruction.

During their trial which is ongoing, the women said they were tricked into believing they were part of a reality show and did not know they were handling poison.

The United States and South Korea have said the murder was orchestrated by Pyongyang.

After Jong-nam's death, North Korea's ambassador to Malaysia questioned the credibility of the police probe and insisted he was an ordinary citizen who died of a heart attack.

Malaysia then recalled its ambassador to North Korea, banned its citizens from travelling to the North and cancelled visa-free entry for North Koreans.

North Korea retaliated with a travel ban on all Malaysians in Pyongyang, trapping three diplomats and six family members.

They were able to fly out only after Malaysia agreed to hand
over Jong-nam's corpse and send three North Koreans wanted for questioning back to North Korea.

Malaysia's embassy in Pyongyang has not been staffed since April last year, and the government was considering permanently closing it and moving services to its Beijing mission.

In the interview published a day before the Singapore summit
between Kim Jong-un and US President Donald Trump, Mahathir
said he hoped both sides were ready to give ground.

"We shouldn't be sceptical. When you (are suspicious), then you cannot work with people," he added.