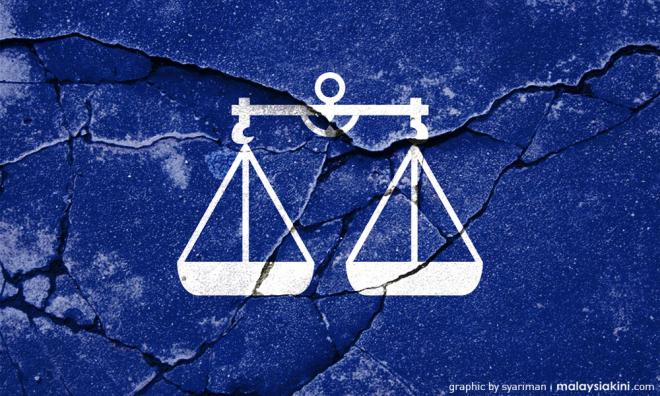 The disintegration of BN - from 13 parties to four

The once-exalted BN entered the 14th general election with 13 parties but in just a month since its disastrous defeat on May 9, the coalition has disintegrated and is left with only four parties with another in dispute.

Founded in 1973, BN was an initiative by the second prime minister Abdul Razak Hussein to bring both ruling and opposition parties together following a painful period for the country - the 1969 riots.

However, BN has today unravelled at the hands of his son and sixth prime minister Najib Abdul Razak who insisted on leading the coalition despite being plagued by the 1MDB scandal, a multi-billion dollar corruption behemoth described as "kleptocracy at its worst".

On May 9 this year, BN - successor to the Alliance - lost power for the first time in 61 years since independence in 1957.

This article provides a timeline of the disintegration of the BN and how its former partners are re-aligning. It also looks at the remaining parties within BN. 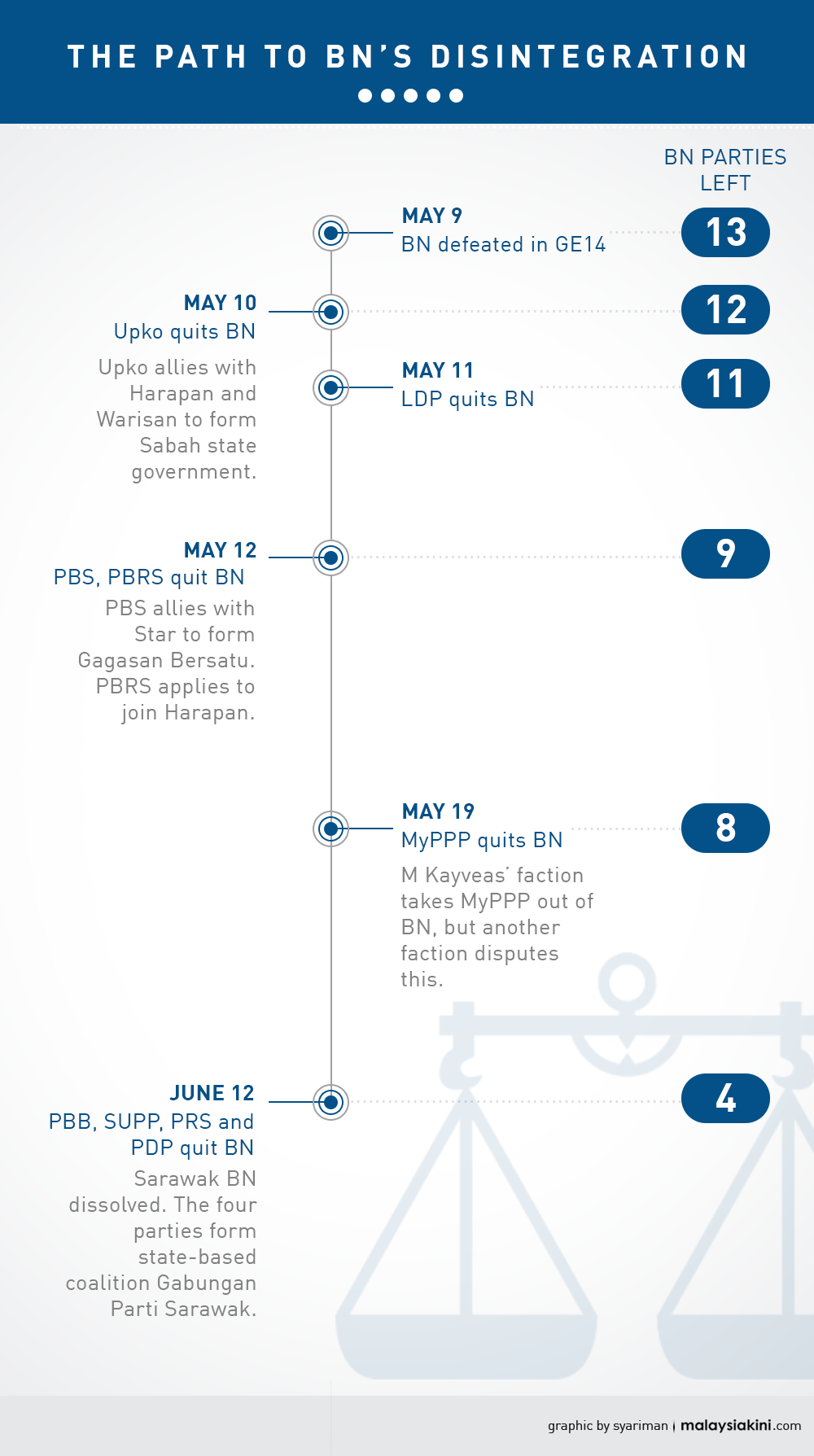