COMMENT | The Penang state government welcomes open discourse on the projects it implements including the Penang Transport Master Plan (PTMP), and while doing so, we wish to rectify the misleading statements found in the Penang Forum article, “Call for review of mega project: Penang transport masterplan”, dated June 7, 2018.

When Daim Zainuddin and the Council of Eminent Persons began reviewing mega-infrastructure projects (such as the East Coast Rail Link and KL-Singapore High Speed Rail) to determine their benefit to the rakyat, it was in the context of using large sums of public funds to finance such megaprojects and whether there would be a positive return to our nation and rakyat.

This is clearly different for the major components in Penang’s PTMP, being the Bayan Lepas LRT and the Pan-Island Link expressway, as both these key infrastructure projects would be fully funded by the revenues generated from the sales of land reclamation of the Penang South Reclamation project.

The fully funded nature of the LRT and Pan-Island Link (photo) of the PTMP is unlike any other mega-infrastructure projects being critically reviewed by the Council of Eminent Persons. 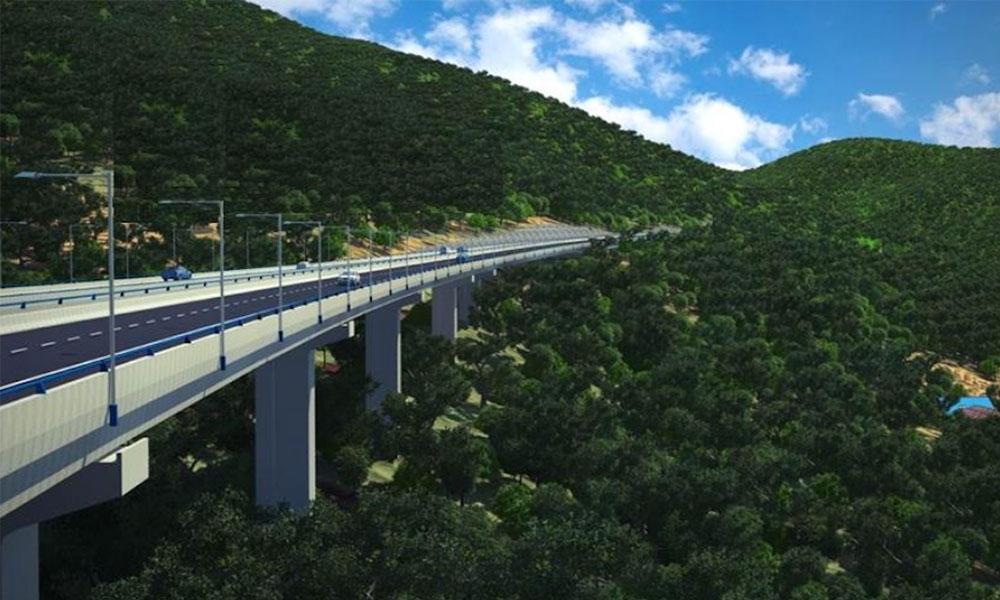 To recap, the state government called for a Request for Proposal (RFP) between August 15-Dec 16 2014 to implement the Penang Transport Master Plan (TMP) Strategy through the project delivery partner concept.

The recommendations contained in the TMP Strategy were based on comprehensive studies by transport consultant Halcrow, which were extensively reviewed by the state. Those deemed effective and had high economic internal rates of return, were then selected for implementation within the TMP from 2013 to 2030.

Both local and international parties were invited to participate in the RFP. The RFP invitation was advertised in major newspapers. The key person coordinating the RFP was then chief engineer of the local government division in 2015. We would like to reiterate that a RFP is a type of open tender.

The RFP had five critical objectives:

Six bids comprising local and international bidders were received, and all were evaluated by consultancy firm KPMG. The evaluation was based on:

The state government was highly cognizant of the need to appoint a competent project delivery partner with a strong delivery track record to successfully execute the TMP Strategy. Failure is not an option.

KPMG’s independent evaluation concluded that the best overall proposal was from the SRS Consortium.

Substantial engagements and dialogue were done with state and federal agencies to fine-tune SRS Consortium’s proposals to optimise it further. Furthermore, in the spirit of openness and transparency, engagements with Penang Forum were held by the state government, including an extensive two-day workshop from September 24 to 25, 2016.

As project delivery partner, SRS Consortium would instead conduct open competitive tenders together with the state government in the awards of the construction work packages for all of the PTMP components and Penang South Reclamation, to ensure best value for the state. The project delivery partner would manage the various contractors to ensure timely delivery and within budget. 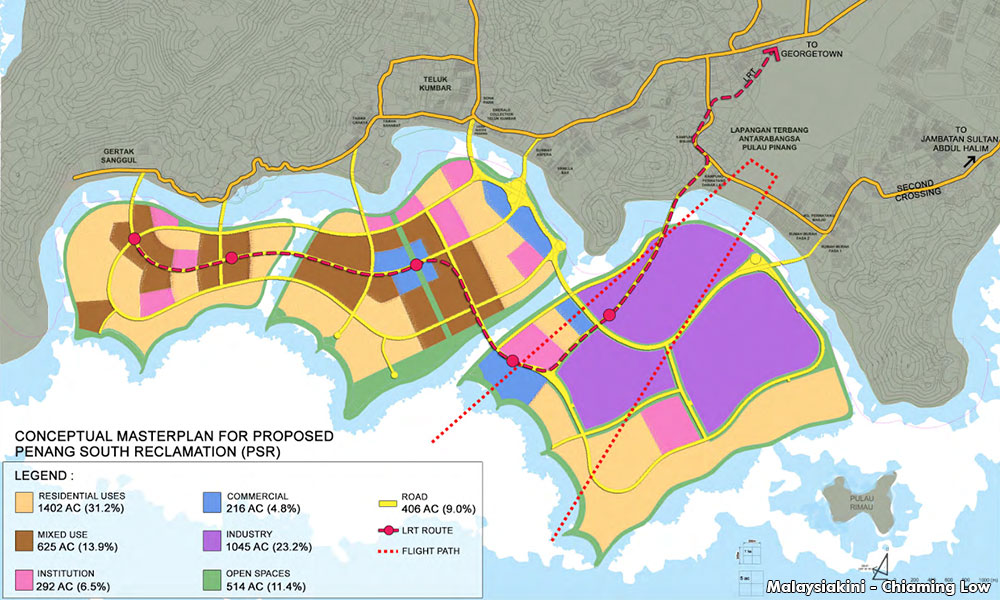 Apart from funding the PTMP, Penang South Reclamation is truly necessary to provide a crucial economic platform for the continuation of Penang's economic growth engines of; 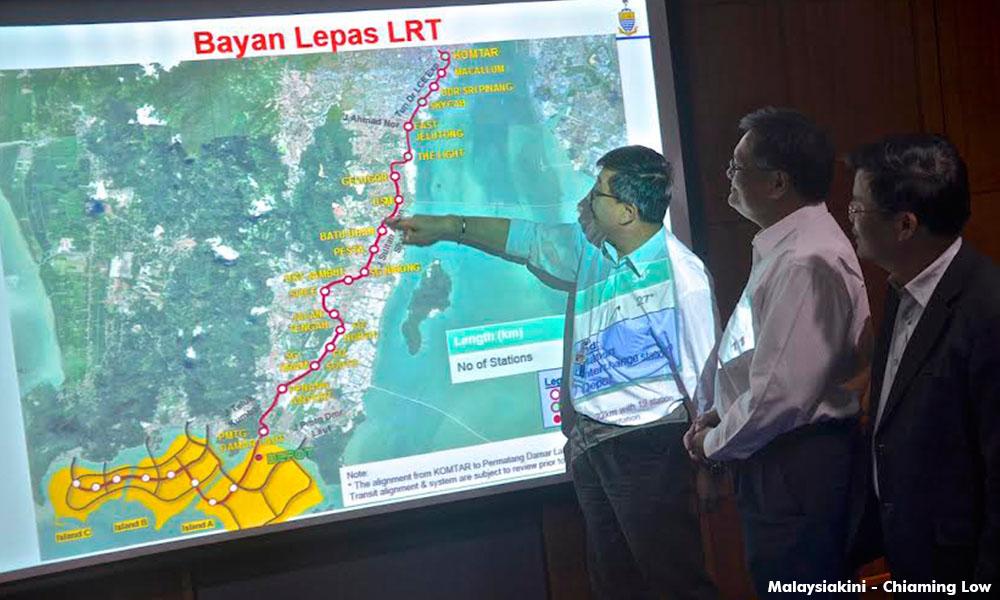 Furthermore, the state intends to conduct a “Master Planning” competition amongst top global architecture and developmental teams, to ensure the best global minds are employed to provide the latest ground-breaking ideas in the Master Planning of the three reclaimed islands.

The provision of substantial numbers of public and affordable housing would also be a key agenda to ensure sustainable living standards at the reclaimed islands for all Penangites.

The three islands would be designed as Smart Cities, to leapfrog Penang into the future and provide a firm foundation of future economic growth.

The state government has actively sought public feedback in the implementation of the PTMP where the RFP proposal by SRS Consortium was also put on Public Display from Jan 16 to Feb 17, 2017.

Acceding to public request, the RFP Public Display was later extended to Feb 28, 2017.

To safeguard the well-being of fishing communities in southern Penang, in-depth studies were carried out by the Penang state government, such as:

With insights from the result of the studies, the state government has taken a highly considered approach to continuously improve the livelihoods of the fishing community in southern Penang Island.

For example, new fishermen jetties will be built along the beachfront and the ecology enhancement initiatives such as artificial reefs, fish aggregating devices and other related infrastructure would be built to ensure sustainable catch for the fishermen within the area.

The state would also provide reskilling training for those fishermen who wish to embark on alternative careers, as well as educational priorities to all children of fishermen.

The state has taken a highly balanced approach to ensure all stakeholders of Penang benefit in the implementation of the PTMP and the Penang South Reclamation project.

Most importantly, public coffers would not be unduly burdened by the project, and the rakyat would receive crucial transport infrastructure in the form of both the Bayan Lepas LRT and the Pan-Island Link within several years.

Penang would also witness continuing vibrant economic growth via the new lands provided by the Penang South Reclamation, transforming Penang into a vibrant globally inter-connected Smart City of the future, whilst still retaining the heritage and cultural values of fishermen of South Penang.