Beware the comeback of the ‘kleptocrats’

MP SPEAKS | It is timely to sound this warning.

Those responsible for sending Malaysia into a trajectory of becoming a rogue kakistocratic and kleptocratic state are trying to make a political comeback, starting with the Umno party elections this month.

In this comeback, Najib Abdul Razak will be back atop the Umno pile – not as Umno president but as the “power behind throne.”

This could be discerned from three recent developments in the past month since the historic and watershed 14th general election on May 9.

First, Najib emerging as the leading, in fact the only, spokesperson for Umno-BN, issuing periodic statements to attack the Pakatan Harapan government – except that his statements could not get any audience for he had lost all credibility and trustworthiness.

Second, the surfacing of the faceless and nameless Umno strategic communications unit on May 24, laying claim on behalf of Umno to the assets seized by the police from the Pavilion Residences – 72 bags, out of which 35 contained RM114 million cash in 26 different currencies, 35 bags of jewellery and watches, as well as 284 boxes of designer handbags. 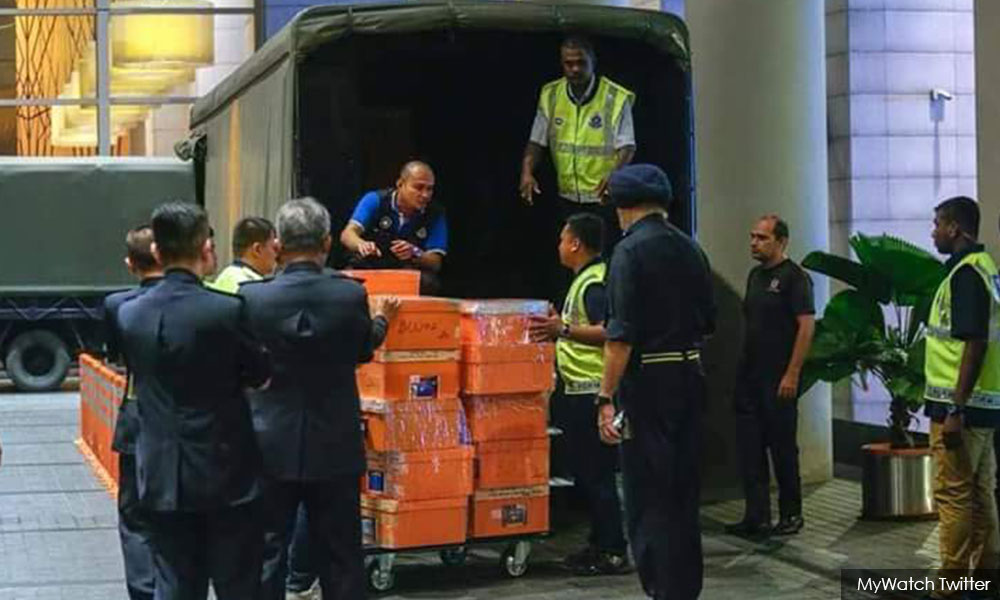 It is not known whether the Umno strategic communications unit is also laying claim on behalf of the party to the luxury items which police seized in a raid in a Najib “safe house” in Putrajaya two days ago, although it is clear that this mysterious Unit is a camouflage and proxy for Najib.

Third, the Umno mouthpiece Utusan Malaysia, which had practised a more sober and responsible journalism in the early days after the historic and watershed GE14, has reverted to the old journalism of fake news and false information, peddling once again the Umno campaign of race, religion, hate, fear and lies.

For example, three days ago, in the ‘Mingguan Malaysia’ weekend column, Awang Selamat – the name for Utusan Malaysia’s editorial voice – returned to the reckless, irresponsible and treasonous politics of race, religion, fear, hatred and lies.

It accused DAP with a dastardly lie that it wants to abolish the system of constitutional monarchy and by turning Malaysia into a republic.

There is a common unifying factor propelling these three developments – the involvement of the same personalities who were sending Malaysia into a trajectory towards a kakistocracy and kleptocracy.

This had caused Malaysian voters, regardless of race, religion, region or even party politics to unite to save the country in GE14.

Now these very forces are conspiring to make a political comeback, starting with Umno party elections later this month.

But the answer would be very different from the standpoint of promoting the best interests of democracy in Malaysia.