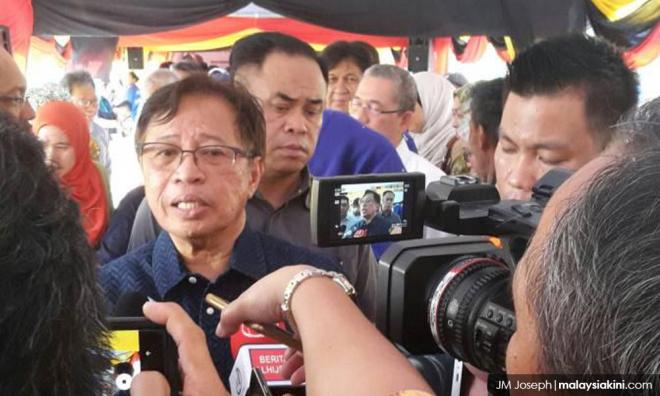 Yoursay: A GPS that can’t tell which direction to take

YOURSAY | ‘To be credible, GPS must not associate itself with corrupt ex-S’wak BN leaders.’

Vijay47: The acronym for the new coalition Gabungan Parti Sarawak is GPS, but obviously it has no clue what direction it is taking.

Its members don't even seem to realise that having the same four-member parties must surely mean the same philosophy that brought the group to this level of shame and regret.

Sarawak as “a diverse state, multi-racial, multi-cultural and multi-religious”, did not emerge overnight. It was always that jewel in our nation’s crown from the time the Land of the Hornbills and the one Below the Wind formed the Federation of Malaysia.

Yet this treasured blessing was all along allowed to run subservient to its master in Peninsular Malaysia. Parti Pesaka Bumiputera Bersatu (PBB) very effectively played the role of the bullying Umno with the same disregard of non-Malay non-Muslim parties in Sarawak.

And now they want us to believe that by dint of a mere change of name, they have embarked on a sacred mission to care for the well-being of their diverse state.

If the Sarawak United People’s Party (SUPP), Parti Rakyat Sarawak (PRS) and Progressive Democratic Party (PDP) really mean business, their coalition should be without PBB and its president-cum-Sarawak-chief-minister Abang Johari Openg, which would at least show that they are sincere about wanting change.

Speaking Sense: What purpose can a parochial state party like GPS serve?

To have any credibility in representing Sarawak interests, GPS needs to rid itself of any association with all the corrupt leaders in the former state BN, past and present - and this probably means most of the current leadership in the component parties will have to go and those guilty, past and present, face prosecution.

Unless this happens, GPS will remain a joke, an oxymoron of a directionless GPS. As far as Sarawakians are concerned, this is just a bunch of political opportunists, representing no one but their own self-interests and those of cronies.

The truth is, no one will mourn the death of these parties which had sold the state to Umno throughout their history.

Clever Voter: If the gang of four – PBB, SUPP, PRS and PDP could betray their BN partners, they could do the same with Pakatan Harapan.

Although they are not partners of Harapan, by shifting their allegiance it weakens the effectiveness of the opposition even before the new Parliament begins.

While it makes sense for these parties to move away from BN, they should be held accountable for what has happened in Sarawak, a rich state that has served a few politicians, while the majority remain poor.

Oscar Kilo: These Sarawakian parties say that they are acting in the interest of the “people of Sarawak”, but until and unless they take action against Sarawak governor Abdul Taib Mahmud, they are merely acting in their own self-interest.

Victor Johan: During the recently concluded May parliamentary elections and the previous Sarawak state election, the candidates from the BN coalition parties had contested using the BN coalition logo.

Let’s assume the elected representatives are now with a new entity called, in short, GPS.

It’s clear that these folks do not want to be further associated with the previous kleptocratic federal government headed by former prime minister Najib Abdul Razak and his Umno leadership.

Will the current state chief minister now call for an early state election to get a new mandate from the people of Sarawak?

Headhunter: Many Sarawakians over the past few years had been telling SUPP to leave BN and join the opposition especially after the Wong Soon Koh faction split it, but they said they would do and die with the BN like Romeo and Juliet. They could have won back many seats had they had left BN earlier.

So the big question is, what now? GPS or whatever, the stench of corruption still permeates the air surrounding them.

Indeed, Abang Johari should do the right thing by dissolving the state assembly now and call for an election. Otherwise, Sarawakians will be left out to rot without federal funds coming in.

Malaysian-United: So, BN as an opposition alliance has shrunk even further. It might as well disband altogether.

With two parliamentary seats for MIC and one for MCA, Umno may see it fit to pull out from BN as well and go on its own.

This is provided it is not declared an illegal party by the Registrar of Societies (ROS), although there appears to be a high possibility of such an outcome.

XED: Years of depraved Umno-dominated rule with the message of Malay supremacy and Muslim extremism (worse still, in Sabah and Sarawak as well) alienated many people and created a more and more bitterly divided society, with growing imbalances amongst the people over the years.

Now that Umno has lost much of its Malay support and practically all of its non-Malay and non-Muslim support, what will happen if Umno decides to ally itself with PAS? That is what Umno will consider as an option while it faces a shortage of allies.

Incidentally, the Pan-Malayan Islamic Party, as PAS was known before, started as a breakaway group from Umno. An Umno-PAS alliance will likely take an extreme position in an effort to win more Malay/Muslim support.

Such a course will make for more divisive politics, not just on racial and religious lines, but also on regional lines, especially in the case of Sabah and Sarawak. The risk of the federation breaking up will grow.

Harapan’s victory was a hard-earned one. It has not been shown that racism, religious bigotry, corruption and exploitation will recede in the near future. The hard part lies ahead.

The task of nation-building is an even more daunting task. The nation needs many more heroes and heroines.