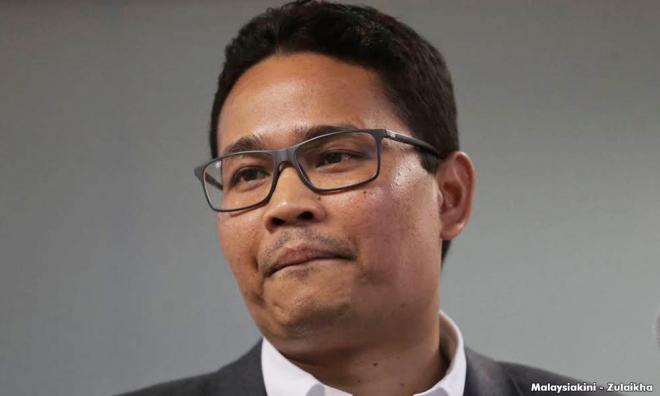 Khairul Azwan Harun, who was in the running to become Umno Youth chief, has conceded defeat to former deputy minister Asyraf Wajdi Dusuki.

"This morning I congratulated my old friend and comrade Asyraf on his victory as the Umno Youth chief.

"I have offered myself at his disposal to assist his leadership, as well as Umno Youth as it moves towards an era of healing and change," the senator said in a statement today.

Khairul expressed his hope that Umno Youth can unite once more after the heavy polls defeat of May 9, forgive each other and move forwards.

Now that Umno is the opposition, he added, the party has the responsibility to become a strong opposition and provide the best alternative to Pakatan Harapan.

Khairul also requested that the reforms he outlined in his election manifesto would be considered by the new leadership.

"I hope Asyraf will consider the reforms outlined in my manifesto the other day that is to limit the age of the Umno Youth chief and membership by 2021, introduce a member registration system that is simpler and faster, and allow wing members to vote directly on their wing leadership to ensure money politics is eliminated.”

Now that he has lost the race for Umno Youth chief, Khairul said, he will do his utmost to carry out his duties in the Dewan Negara until his term expires.

"It does not matter which party you side, we are now fighting for a more successful Malaysia," he said.

Khairul had lost to Asyraf for the Umno Youth chief post by a slight margin, which was announced by the official Umno 2018 party elections Twitter earlier today.

Asyraf is expected to give a press conference on his victory later today.