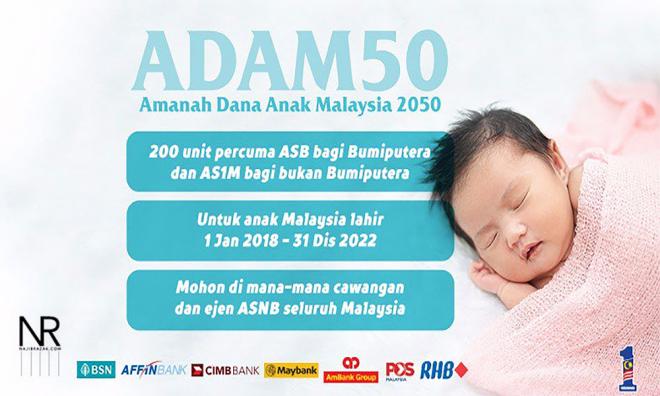 The Finance Ministry will have to decide if it wants to proceed or abolish the Anak Malaysia Trust Fund (Adam50), Deputy Prime Minister Wan Azizah Wan Ismail said today.

She said the initiative would involve a large amount of state funds and it is common knowledge that the country now has a “swollen” deficit.

"I will discuss with the Finance Minister first... we have to look at its implementation because this was a pledge from the previous government," she said after the national-level Parents’ Day celebration at Dewan 2020, Kangar today.

Group chairperson Abdul Wahid Omar had reportedly said that the five-year initiative will be implemented as planned for babies born between Jan 1, 2018 and l Dec 31, 2022.

Adam50 was introduced by the government in collaboration with PNB for all Malaysian babies.

It was to  promote the culture of saving  and investment by Malaysians through the granting of free incentive units credited to Amanah Saham Bumiputera accounts, as an initial investment capital.

Wan Azizah, who is also the women’s affairs and welfare minister, said she was also concerned with the number of baby dumping cases, although the majority of them involved foreign women and girls.

“The cases of babies being abandoned need public sympathy and support should be given to safeguard the welfare of women and children,” she said.