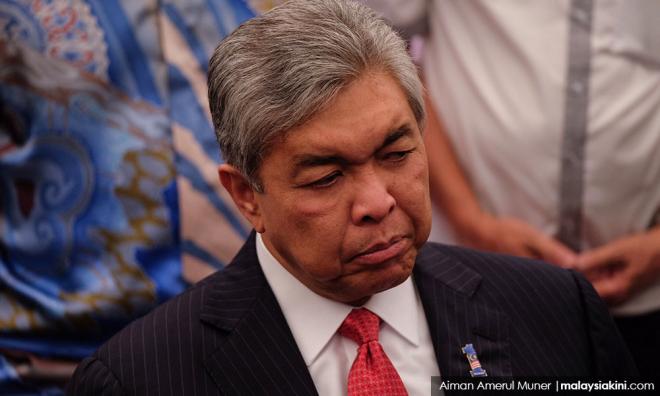 Umno will accord full cooperation to the MACC in regards to the freezing of its accounts, said the party's acting president Ahmad Zahid Hamidi.

In a statement, Zahid said that he will strive to prove that Umno's money is legitimate and not linked to any money-laundering activities.

"As long as I lead Umno, I will fight and will not let any party threaten or discriminate against Umno.

"Threats and political abuse is not the way to administer the country in a democratic nation. I hope all Umno members will be with me to ensure Umno will continue to survive and fight against any attempt to paralyse it," he said.

"Under my leadership, Umno will rise as a Malay and bumiputera party which fights for the interests of the rakyat and the country," Zahid added.

Earlier today, Zahid, who is gunning for the party's presidency at the party's polls this Saturday, was quoted saying by the Star Online that the MACC has frozen the federal Umno and Selangor Umno's bank accounts.

Speaking at a function in Johor, he also warned that freezing of Umno's bank accounts in other states will follow suit and that there will be a possibility of the party's top leaders being subjected to an investigation by the government of the day.