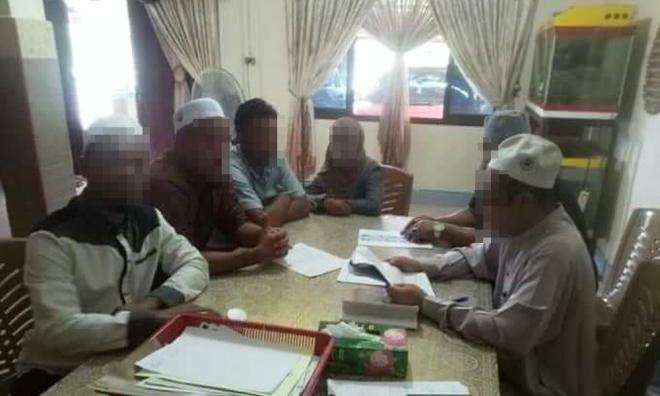 The parents of the 11-year-old girl who was married to a 41-year-old man in Sungai Golok on June 18 have blessed the marriage, even though the girl is his third wife.

Her father, Mat Rashid Rimadsa, 49, a Thai citizen, when met at his home in Kampung Panggong Lalat, said he knew the man who lived in Kampung Lalang, Kuala Betis well and often sold scrap rubber to him.

“However, he promised me that he would register the marriage with the Islamic Affairs Department in Kelantan when (my daughter) turns 16 years of age. At the moment, (my daughter) is staying with me,” he told reporters when met at his home today.

Mat Rashid and his family, who are all Thai citizens, live in Gua Musang, working as rubber tappers.

He said one week before Hari Raya Aidilfitri, the man, who buys the scrap rubber from the villagers, asked his permission to marry the girl.

"I told him that my daughter was not old enough to be a wife as she was only 11 years old, but the man persisted and promised to nikah gantung it, so I agreed,” he said, referring to a marriage where the couple do not live together for a period of time fixed by both the man and woman.

Mat Rashid said he went with his wife Aminah Hitam, 41, with the girl and the man to Sungai Golok where they were married.

"The man was willing to marry my daughter because he wanted to help me as I am poor and depend on the income I get tapping rubber,” he said.

Meanwhile, the bride said she loved the man and was happy to marry him even though he was already married to two other women.

She said she had a good relationship with both his wives and often went out with them.

"I accept whatever decision my parents and husband have made, to wait five years before we can live together because I realise that I am only 11 years old,” she said, adding that she was not bothered what others said because she was happy with her husband.

News of the marriage went viral on the social media recently, after it was shared by the man’s second wife, with photos showing the marriage ceremony between a man and an 11-year-old girl who was his third wife.

Meanwhile, in Kota Bharu, the Kelantan Islamic Affairs Department (JAHEAIK) has not received any reports or complaints about the marriage.

However, JAHEAIK director Che Mohd Rahim Jusoh said the department would investigate the matter as even if a marriage is conducted in another country, Malaysians had to get the permission of the Syariah Court and the girl’s parents if she is underage.

“The law only allows a woman who is 18 years and older to marry without requiring the consent of the Syariah Court,” he said when contacted today.

Che Mohd Rahim said if this consent was obtained, a girl who is younger than 18 years of age can marry as Islamic laws permit it.