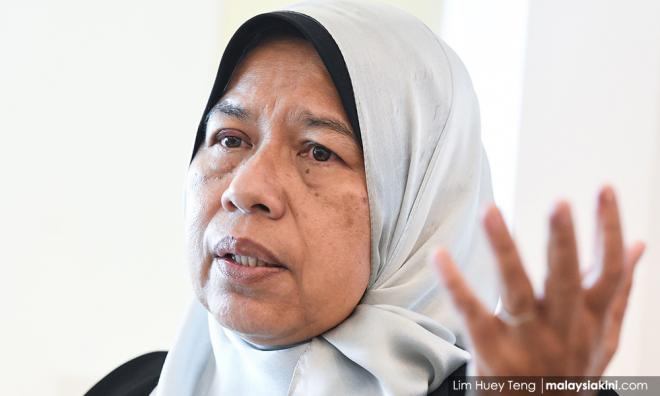 Local government authorities are required to appoint women to make up at least 30 percent of their councillors, Housing and Local Government Minister Zuraida Kamaruddin said today.

The move, she said, would be in line with the government’s effort to empower women at the ministry and in local authority level.

Zuraida said that currently, women only made up 14 percent of councillors in local government authorities, with the highest in Selangor at 22 percent.

Zuraida added that all PBTs should adhere to the requirement to obtain the five-star rating in the grading system.

Doing so, she said, would be in line with the international standards set by, among others, the Convention on the Elimination of all Forms of Discrimination Against Women (Cedaw) and the 2030 Sustainable Development Goals (SDG).

"Local council members are political appointees. Now, with Pakatan Harapan taking over (administration), it is now in the process of making new appointments,” she said,.

On the empowerment of youths, she said all local councils were also required to each have a lineup of youths to be known as ‘Local Youth Mover’.

“Every youth will be given a chance to develop the community in their respective areas and to play their role in the council by providing ideas and suggestions,” she added.

They are Green Ventures Sandalwood Plantation Bhd, which donated RM1 million, and RM100,000 each from Adenland Group of Companies and Intergreen Metals Sdn Bhd.