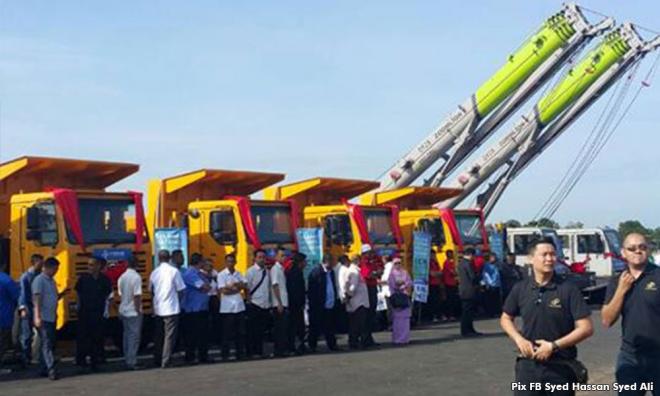 CCCC concerned over fate of 2,250 workers after ECRL suspended

The main contractor of the East Coast Rail Line (ECRL) project is concerned over the fate of its 2,250 local workers after it was ordered to suspend all works on the project.

In a statement today, the China Communications Construction Ltd (CCCC) said it might also incur cost overruns and losses due to the suspension order.

"While the duration of the suspension has not been specified, we are concerned about incurring additional cost, losses and damages arising from the suspension.

"We are upset and concerned about the livelihood of our 2,250 local staff, as well as several hundred subcontractors, suppliers and consultancy firms," the statement read.

It was reported today that ECRL project owner, Malaysia Rail Link Sdn Bhd (MRL), told CCCC to suspend all works on the project, citing national interest among others.

The CCCC said it would adhere to the suspension, but hoped that it would be lifted soon and that a win-win solution can be achieved.

Yesterday, Finance Minister Lim Guan Eng had announced that the actual cost of the ECRL was RM81 billion and the sum would have to be “reduced significantly” for the project to be financially viable.

This is in contrast to the RM55 billion price tag previously stated by the BN government.

If built, the 688-km rail link will connect Port Klang in Selangor and Pengkalan Kubor in Kelantan. 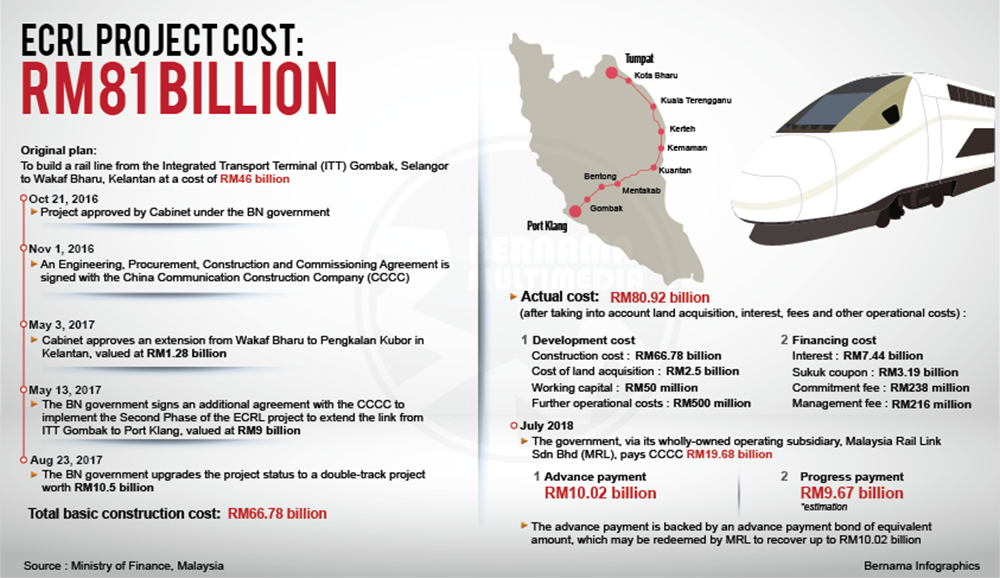