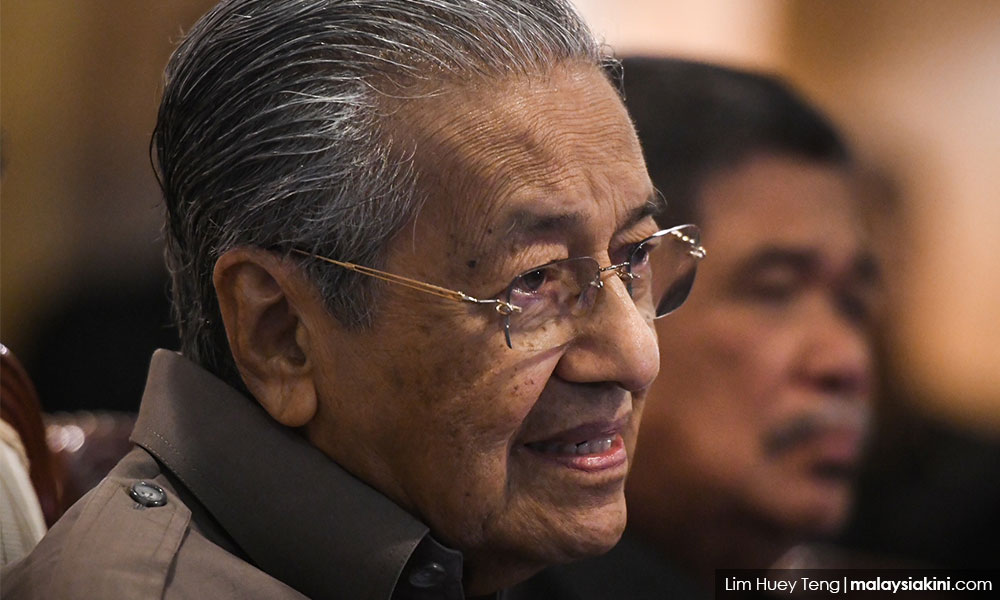 A minority rights party has suggested that Prime Minister Dr Mahathir Mohamad stay the full term of office in order to effectively implement changes to the new government.

“We have pledged our party’s full support to Mahathir to continue leading the country as the prime minister for the full five-year term.

“We are of the opinion that Mahathir must be given full support to fulfill his mandate, and that we are grateful to him for taking upon a gigantic task at this age,” said Minority Rights Action Party (Mira) president Rajaretinam Armuggan in a statement today.

He said this would give prime minister-in-waiting Anwar Ibrahim more time to “rejuvenate and get ready to assume the responsibility in five years' time.”

The statement follows a meeting between Mira, formerly known as the New Gen party, with the prime minister to discuss several pressing issues concerning the minorities and Indians in Malaysia.

These included the party's role in the task force Mahathir set up just over a week into the job as prime minister, and the formation of a thinkthank to empower and increase equity participation among minorities and Indians, headed by Mira senior vice president S Gobi Krishnan.

Mira also suggested the formation of a Minorities Empowerment Department under the Prime Minister's Office with a specific target to be achieved in 10 years.

“Once targets are achieved, this department must be dissolved,” said Rajaretinam.

Rajaretinam added the immediate target should be to increase minority equity participation to five percent in the next 10 years, or RM155 billion, from the present figure of 1.5 percent, and to have more minority companies listed on the Kuala Lumpur Stock Exchange (KLSE).