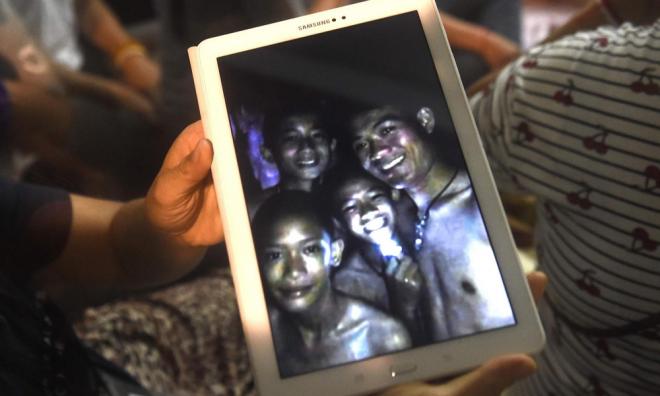 A dangerous rescue mission to free 12 schoolboys and their soccer coach trapped inside a Thai cave for two weeks began on Sunday, authorities said, with the first survivor to possibly emerge 11 hours later.

Thirteen foreign divers and five members of Thailand’s elite navy Seal unit would attempt to bring the boys – some of whom are as young as 11 and not strong swimmers – through narrow, submerged passageways that claimed the life of a former Thai navy diver earlier this week.

“Today is D-Day,” Narongsak Osottanakorn, head of the rescue mission, told reporters. “At 10 am today (0300 GMT) 13 foreign divers went in to extract the children along with 5 Thai navy SEALs”.

He said the first boys could emerge from the cave at around 9pm local time.

The rescue mission began after rainshowers soaked the Tham Luang Cave area in northern Chiang Rai province for the past 24 hours, heightening the risks in what the governor has called a “war with water and time” to save the team.

The boys, aged between 11 and 16, went missing with their 25-year-old coach after soccer practice on June 23, setting out to explore the cave complex near the border with Myanmar.

A mammoth response operation – including a medical unit, ambulance and helicopter for every boy – is waiting outside the cave for the team to emerge. 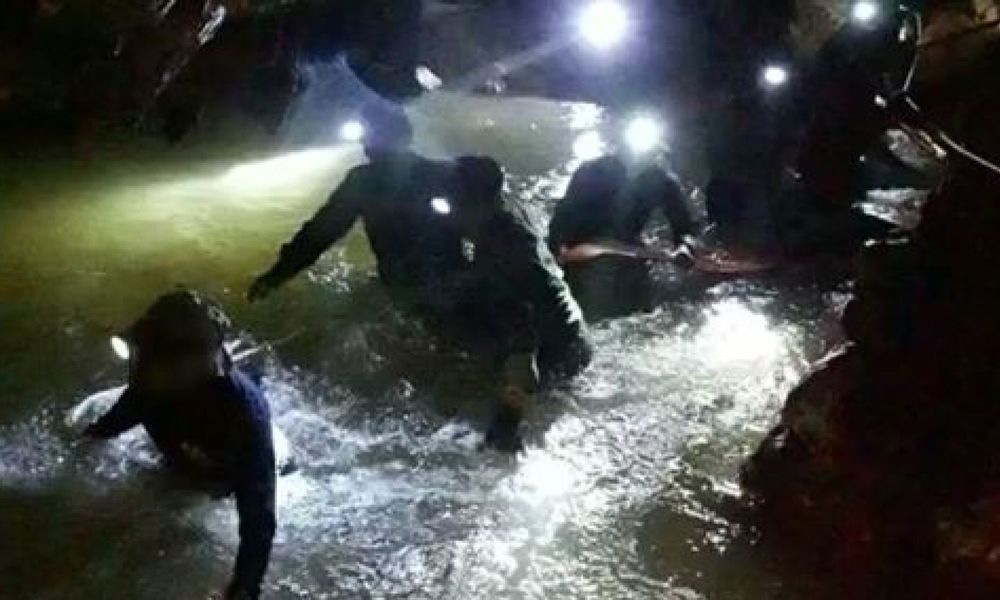 Narongsak said the boys could start to emerge as early as 9 pm on Sunday, but that there was “no time limit” and the rescue operation could take a number of days or be halted at any time.

An Australian doctor, who is part of Sunday’s rescue mission, checked the health of the boys last night and gave the all-clear for the rescue to proceed, Narongsak said.

Weather.com forecast sustained thunderstorms lasting through Sunday and Monday, with further stormy weather expected for around the next two weeks.

Gong Hui, a Chinese diver involved in the operation that has drawn some 130 Thai and international divers, told Reuters on Saturday before the fresh rains that water levels in the cave had “receded a lot” after sustained pumping had removed millions of litres of water.

To escape, the children must dive through dark, narrow passageways sometimes no more than two-feet (0.6- meter) wide, that have challenged some of the world’s leading cave divers.

A former member of Thailand's Seal unit died during a dive on Thursday night, a grim turn in what began two weeks ago as an outing to celebrate the birthday of one of the boys.