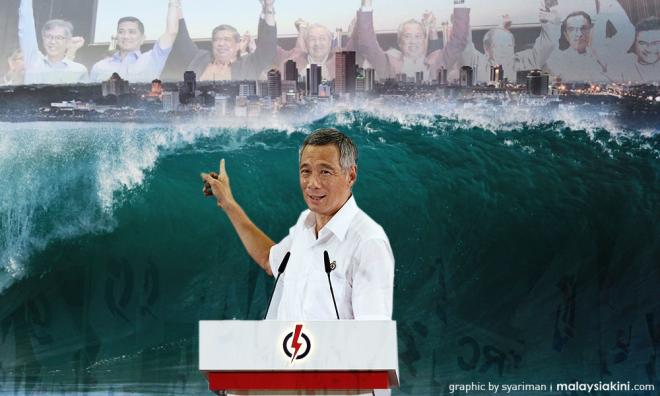 Will the tsunami cross the Johor strait to sink PAP next?

On May 9, a Malaysian tsunami sank BN after six decades of uninterrupted rule. And now the tremors are being felt on the southern island across the Johor Strait.

Apart from exposing vulnerabilities at home, Welsh pointed out that with BN's defeat, PAP is now the longest governing incumbent party in Southeast Asia.

“And it no longer has undemocratic immediate neighbours. Mahathir's Pakatan victory mirrors PAP's worst fear: its own possible defeat.

“Worse yet, some of the factors that contributed to the loss of BN are also present in Singapore. The first is the challenge of leadership renewal. Over the past three years, PAP has been locked in a battle over who should succeed Lee, 66, as prime minister, with the fourth generation (4G) leaders on display,” added the associate professor of political science at Rome's John Cabot University.

However, she said, the problem is that these leaders are “4G without the connectivity”.

“They are in a highly elitist party, largely unable to relate to ordinary Singaporeans. 4G leaders also suffer from the same issue that haunted BN, namely they are embedded in the system.

“Emerging from within the party and government, particularly the military, they are from the system and are seen to be for the system. The intertwining of PAP and the bureaucratic state has created singular agendas and resulted in a distancing from the electorate and its needs,” she added. 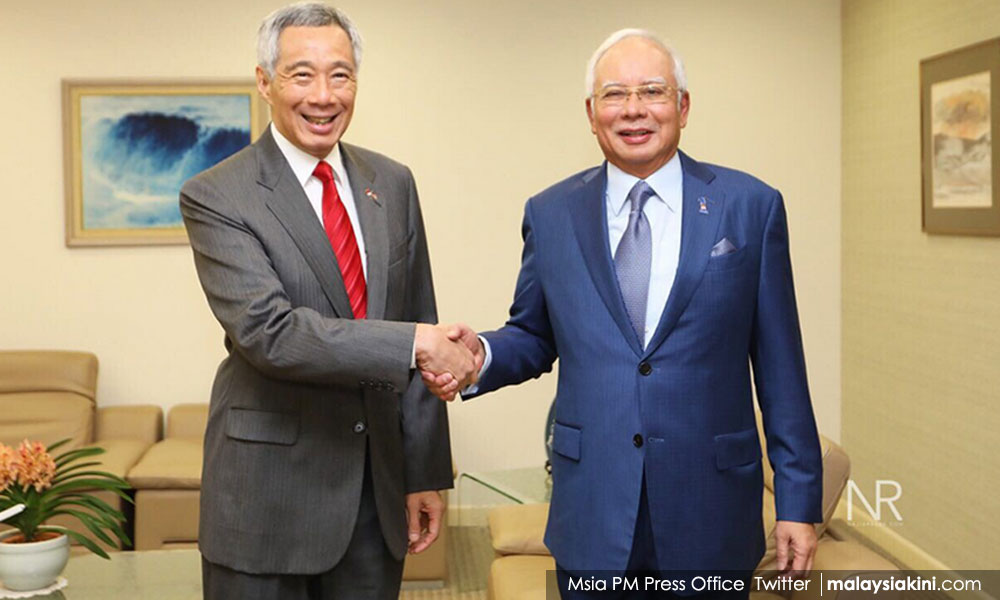 Lee is making the same mistake as Najib

Following the last general election in 2015, Welsh said Singapore's system has moved in a more authoritarian direction, with restrictions on social media and attacks on civil society activists.

“Lee, the son of Singapore's founding father Lee Kuan Yew, is making the same mistake (former prime minister) Najib (Abdul Razak) did after the 2013 polls. He is depriving the system of a necessary valve for dissent and moving the country away from needed reforms.

“He has failed to recognise that greater openness and policy reforms were integral parts of the PAP's 2015 victory. The dominant mode has been to attack the Workers' Party, its leaders and other opposition figures. These moves do not show confidence in a more open and mature political system - or even in PAP itself.

“At the same time, rather than being an asset to his party, Lee is becoming more of a liability. This is the same trajectory that occurred for Najib. Questions have been raised about Lee's leadership from the very public 'Oxleygate' row with his siblings over their father's home to the managing of Temasek, the republic's sovereign wealth fund, by his wife Ho Ching,” she added.

According to Welsh, Singapore's handling of the 1MDB scandal would be in the more immediate bilateral spotlight.

“Assessments will be made as to whether Singapore responded effectively to the alleged malfeasance and whether in fact Singapore's purchase of 1MDB bonds strengthened the fund.

“Meanwhile, in Malaysia, Mahathir's readiness to deal with 1MDB signals a willingness not only to clean up the system but to begin much-needed economic reform. Singaporeans will see obvious parallels with their own country's economic policies,” she added. 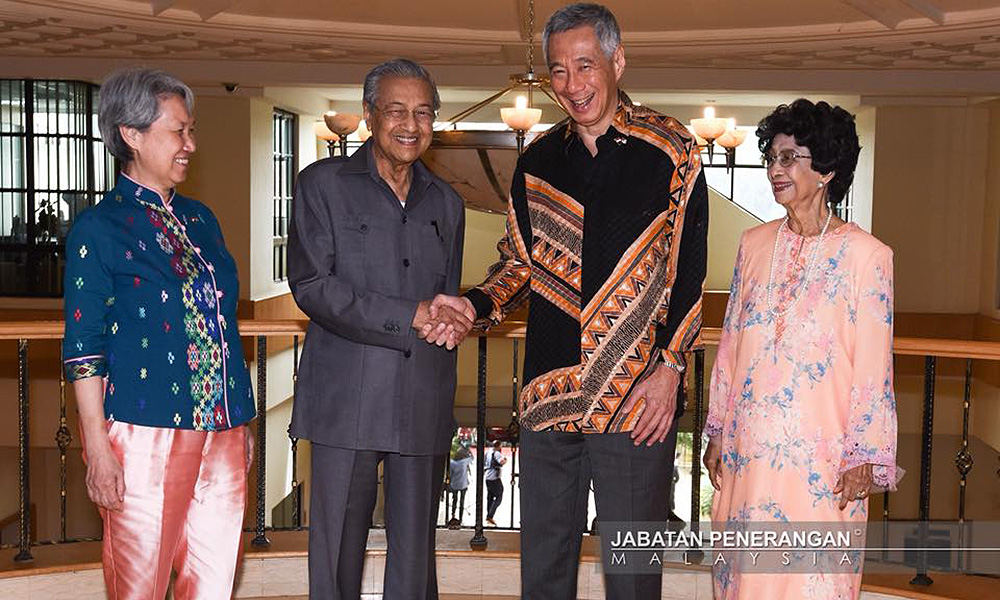 Welsh also noted that Singapore's GDP growth is expected to reach three percent this year, which is a significant drop from a decade ago.

“Importantly, much of this growth is being driven by public spending (as occurred in Malaysia under Najib), notably on infrastructure. New jobs are not being created in Singapore at the same high rate as in the past.

“Even more constraining, PAP continues to rely on immigration as a driver of growth, failing to move on from using a combination of low-cost labour and imported foreign talent to expand the economy.

“Population pressures remain real for ordinary Singaporeans, who continue to feel displaced. They are disappointed with the PAP's tenacious grasp on old and unpopular models for growth,” she added.

Other measures, including those in the pipeline, said Welsh, have swung the pendulum of discontent against PAP.

She noted that water prices have increased by 30 percent in 2017, and the government has indicated that GST would rise from seven to nine percent, whereas the electricity tariff has risen by 16.8 percent to date this year alone.

“The cost of living remains high; Singapore has topped the Economist Intelligence Unit's list of most expensive cities to live in for five years running.

“High costs are compounded by persistent inequalities that are increasingly entrenched. The Gini coefficient is at 0.46, but income gaps are deeply felt. Many locals feel they are being impoverished on account of foreigners.

“The social reform measures introduced for the 'pioneer generation' (people born before 1950), and increased handouts before the 2015 polls, are being seen as inadequate to address the current social needs of disadvantaged communities,” she added.

By comparison, Welsh said, Malaysia has removed the unpopular GST.

“Malaysia is now seen as a potential role model in areas of governance. For example, greater transparency and attention to inclusivity are evident in the multi-ethnicity of new government appointees.

“Singapore's 2017 Malay-only presidency contest, in contrast, sent a signal of exclusion and an embrace of race-based politics. This is being compounded by the fact that Malaysia is being seen as bucking regional authoritarian trends, promising substantive political reforms and the removal of many of the draconian laws that Singapore has on its books.

“Changes in Malaysia have reduced Singapore's regional comparative advantage. It is not just about greater democracy and changes in governance next door but also the attention 'New Malaysia' draws to how Singapore has remained locked in the past, moving away from embracing an alternative future,” Welsh added.