The government has approved the continuation of the LRT3 project after the final cost has successfully been slashed to RM16.63 billion, a 47 percent reduction from the initial project cost.

This, said Finance Minister Lim Guan Eng, represented savings of up to RM15.02 billion for the country and came about after his ministry had ordered a thorough renegotiation and rationalisation exercise of the 37km rail project.

However, it also announced that the timeline for the completion of the project would be extended by four years, up to 2024, due to the cost-cutting exercise.

"This cost will include all project costs, including but not limited to Work Package Contracts (WPC), land acquisition, project management, consultancy fees, operational and overhead costs, as well as interests during construction," Lim said in a statement today.

He added that the savings also resulted in additional savings to taxpayers of up to RM14 billion in interest costs over the period of the loan financing.

This, he said, indicated the federal Pakatan Harapan-led government was keeping its word in reducing costs of the "excessively-priced project" by the previous government.

This came as it was reported on Tuesday that Putrajaya had opted not to approve Prasarana Malaysia Bhd's request for an additional RM22 billion in government guarantees for the project, on top of an initial RM10 billion bond facility also guaranteed by the government. 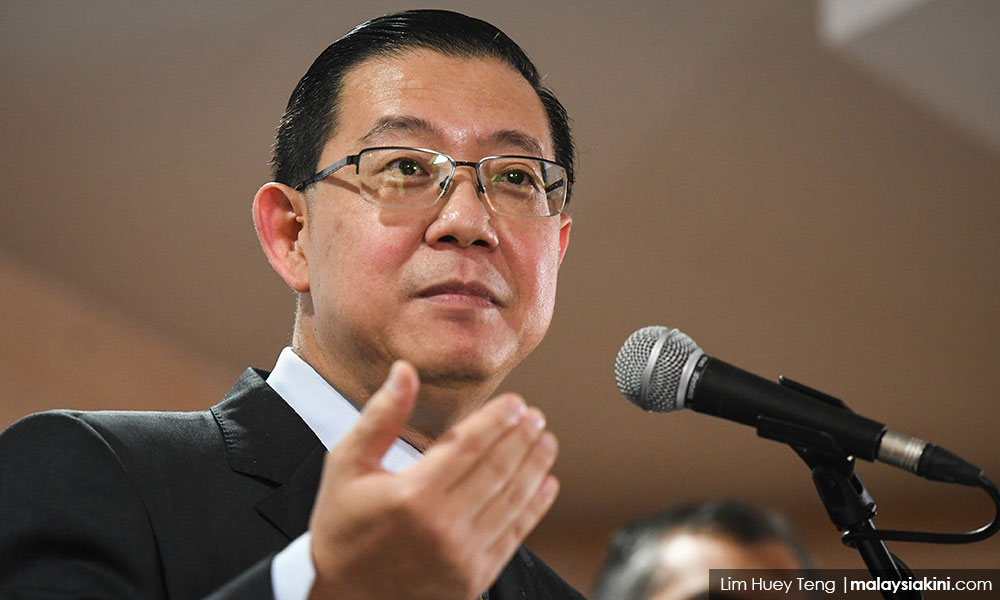 The ministry had said it would not support any additional funding unless the project cost was significantly rationalised, without compromising the integrity, safety and quality of the rail network and its services.

In his statement today, the minister (picture, above) described LRT3 as a "critical project", with the capacity to transport 36,700 passengers per hour each way, and meant to alleviate traffic congestion from Klang to Petaling Jaya, "one of the most important and densely populated economic development corridors in the Klang Valley".

"A thorough renegotiation and rationalisation exercise of the LRT3 project was undertaken with all key stakeholders including Prasarana, MRCB-George Kent joint venture (MRCB-GK JV) who is the project delivery partner (PDP) and Land Public Transportation Commission (SPAD).

"One critical criterion for the review was that the integrity of the 37km LRT3 line from Johan Setia (Klang) to Bandar Utama (Petaling Jaya) must be maintained. In addition, the safety, frequency and quality of service must meet the requirements of the regulators." his statement read.

Lim said instead of a PDP model, the project would be restructured to a “fixed price contract” with MRCB-GK JV to ensure fixed pricing and that construction of the rail line would not be subject to cost overruns.

He assured that details of the contract would be disclosed at a later stage.

According to the ministry, among the key steps taken to reduce and rationalise the cost of the project include: