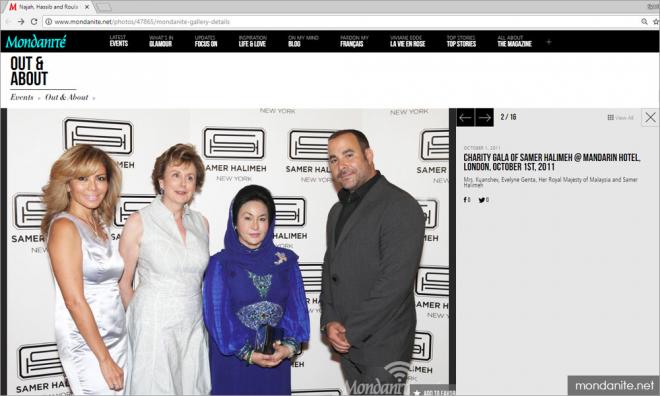 The gala was a lavish affair, with fashion designers, dignitaries, and royalty being photographed at the event, including the Pahang Sultanah Kalsom Abdullah.

Almost seven years later, Rosmah and Samer are now on opposite sides of the courtroom, with the Lebanese jeweller being part of an RM60 million suit against the former.

In this KiniGuide, Malaysiakini explains what the suit entails, and who is involved in the Lebanese company behind the suit.

What is the suit about?

The suit, filed by Lebanese wholesale jeweller Global Royalty Trading SAL on June 26, concerns a consignment of 44 pieces of jewellery which was sent to Rosmah in February and seized by the police in May...