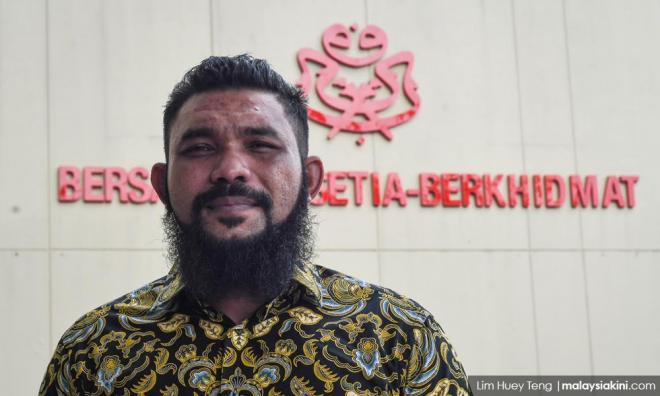 Wan Muhammad Azri, better known as Papagomo, alleged that DAP's real agenda was equality and the abolishment of bumiputera rights.

"In the past, DAP openly campaigned for this, but they have learnt that to win, their agenda must not be prominent. Instead, it is hidden and (obscured with) public interest issues.

"This is why Malays support DAP because they (the Malays) cannot see that DAP wants to abolish bumiputera rights," he said in a statement today.

Wan Muhammad Azri also alleged that those who supported DAP were also oblivious to the party's refusal to recognise Islam as the country’s official religion.

He said the public no longer understood Umno's struggles and ideology, unlike 30 years ago, and now viewed Umno as a purveyor of racial politics.

As Pakatan Harapan's first 100 days in power drew closer, Wan Muhammad Azri said Umno now has an opportunity to win over the public again if the new administration did not keep their promise.

"The '100 days' is our first battle and Umno must be the champions of the public," he said.

Wan Muhammad Azri said this in defence of former Umno Youth leader Khairy Jamaluddin who, in a series of tweets, urged the party to take the "middle path" and be less extreme.

Khairy said that following Umno elections on June 30, there were "racist manifestations" emanating from the party. He cited examples of attempts to sow fear among the Malays over the appointment of a non-Muslim attorney-general and chief justice, among others.

He said that although these issues have caused unease among Malays, they were relatively insignificant compared to social and economic issues, which unless addressed by Umno, would jeopardise the party's long-term survival.

In a related development, Umno supreme council member Zambry Abd Kadir urged Khairy's critics to encourage a diversity of opinions in the party.

"We have to be honest to strengthen our party, (we must not be) overly sensitive and shun criticism," wrote Zambry on Twitter this evening.