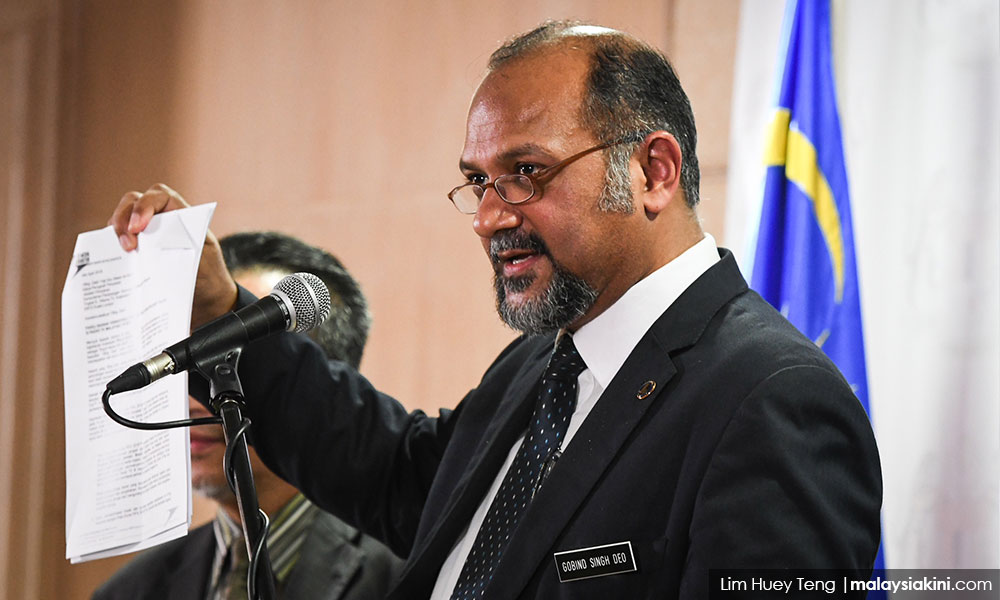 Super-speed broadband: Minister calls for proposals from all telcos

Communications and Multimedia Minister Gobind Singh Deo has called on all telecommunication companies in the country to come up with proposals on cheaper and faster broadband offerings.

In a statement, the minister said this would be in line with the Pakatan Harapan government's push for more affordable and better-quality internet services.

He was referring to the announcement by Telekom Malaysia yesterday of a 30Mbps Unifi plan at RM79 per month for the B40 household income segment.

"The packages proposed by TM include an entry-level package targeted to those with household income of RM4,500 and below and plans with higher speeds for existing subscribers.

"These packages will benefit Unifi users as well as areas that have access to Unifi services.

"I have also asked TM to consider extending new and improved price packages to all sectors of society as opposed to just the targeted group," he said in a statement today.

Other telcos urged to step up

Gobind also assured that TM was currently working on issues raised by others, such as Streamyx users, including calls to replace copper cables with fibre ones. TM is expected to announce proposals on this soon.

"In the meantime, I call upon the other telcos to come up with their proposals on how they can reduce price and increase the speed of broadband services," he added.

TM announced that their 30Mbps plan for B40 plan is broadband-only and represented a 56 percent reduction to current plans with the same speed.

The company is also introducing three upgrade plans for other existing users with up to 10 times the current speed.

It will roll out the plan beginning Aug 15 in phases at no extra cost to its 800,000 subscribers.