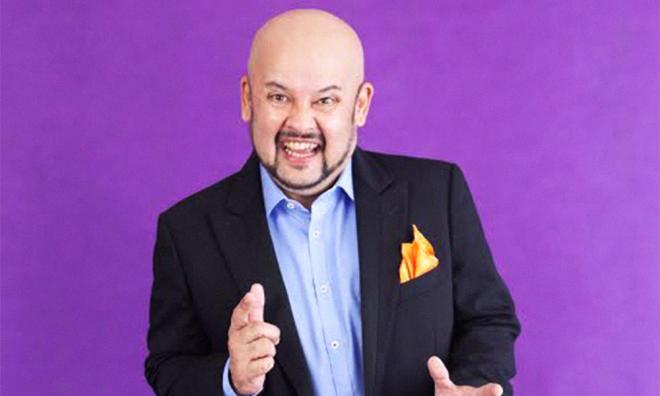 And the best one liner award goes to... drumroll...The King! - Harith

The Yang di-Pertuan Agong Sultan Muhammad V often wears a serious visage. In photographs, he is rarely seen with a smile.

So it came as a surprise when the ruler decided to reveal a lighter side and crack a joke when officiating the 14th parliament session this morning.

This had even received a stamp of approval from the “Funniest Person in the World” Harith Iskandar.

In a Twitter posting, he said: “And the winner of the 'Best One Liner of the Year' award goes to our DYMM YDP Agong for 'Sila duduk, jangan lari'.”

Harith, who is considered the “Godfather of Malaysian Stand-Up Comedy”, had beaten four finalists to emerge triumphant in the “Funniest Person in the World” competition in Finland in 2016.

And the winner of the "Best One Liner of the Year" award goes to our DYMM YDP Agong for "Sila duduk, jangan lari" 👍😂

The Agong had the Dewan Rakyat in stitches when he urged the lawmakers not to flee as he started his speech.

"Ladies and gentlemen, please sit down and don't run," he said with a broad grin as he looked in the direction of the opposition MPs.

Pakatan Harapan lawmakers thumped the table in support as calls of "Don't run" and "Don't boycott" rang out.

The Agong's remark was an obvious reference to the walkout staged by opposition MPs yesterday in protest of Mohamad Ariff Md Yusof's appointment as the Dewan Rakyat speaker.

The opposition lawmakers claimed that the appointment did not comply with the Standing Order but Prime Minister Dr Mahathir Mohamad denied this.