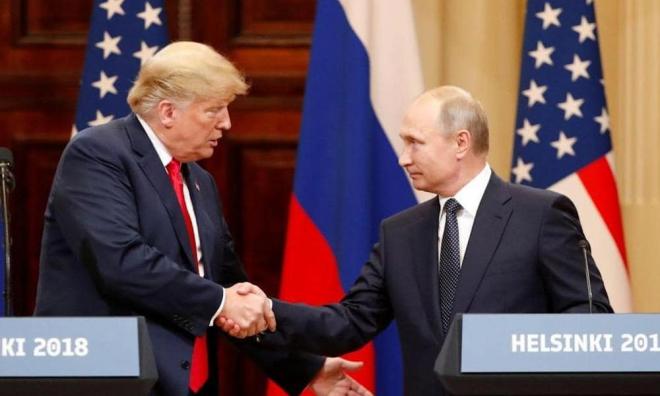 Trump claims he misspoke at Helsinki PC with Putin

US President Donald Trump tried on Tuesday to calm a storm over his failure to hold Russian President Vladimir Putin accountable for meddling in the 2016 US election, saying he misspoke in a joint news conference in Helsinki.

Trump stunned the world on Monday by shying away from criticising the Russian leader for Moscow’s actions to undermine the election and cast doubt on US intelligence agencies, prompting calls by some US lawmakers for tougher sanctions and other actions to punish Russia.

“I said the word ‘would’ instead of ‘wouldn’t,’” Trump told reporters at the White House, more than 24 hours after his appearance with Putin. “The sentence should have been, ‘I don’t see any reason why it wouldn’t be Russia.’”

A Reuters/Ipsos poll conducted after his news conference with Putin found that 55 percent of registered US voters disapproved of his handling of relations with Russia, while 37 percent approved.

Trump, who had the opportunity to publicly rebuke Putin during the news conference in Helsinki, instead praised the Russian leader for his “strong and powerful” denial of the conclusions of US intelligence agencies that the Russian state meddled in the election.

Standing alongside Putin in Helsinki, Trump told reporters he was not convinced it was Moscow. “I don’t see any reason why it would be,” Trump said.

Although he faced pressure from critics, allied countries and even his own staff to take a tough line, Trump said not a single disparaging word in public about Moscow on any of the issues that have brought relations between the two nuclear powers to the lowest ebb since the Cold War.

Republicans and Democrats accused him of siding with an adversary rather than his own country.

Despite a televised interview and numerous postings to Twitter, Trump did not correct himself until 27 hours later. Reading mainly from a prepared statement, Trump said on Tuesday he had complete faith in US intelligence agencies and accepted their conclusions.

He then veered from his script to hedge on who was responsible for the election interference: “It could be other people also. There’s a lot of people out there.”

“This has to be recognised for what it is, which is simply an effort to clean up the mess he made yesterday, which is beyond the capacity of any short statement to repair,” said Adam Schiff, the senior Democrat on the House of Representatives Intelligence Committee.

Senate Democratic leader Chuck Schumer (photo) said Trump’s comments on Tuesday were another sign of weakness, particularly his statement that it “could be other people” responsible for the election meddling. 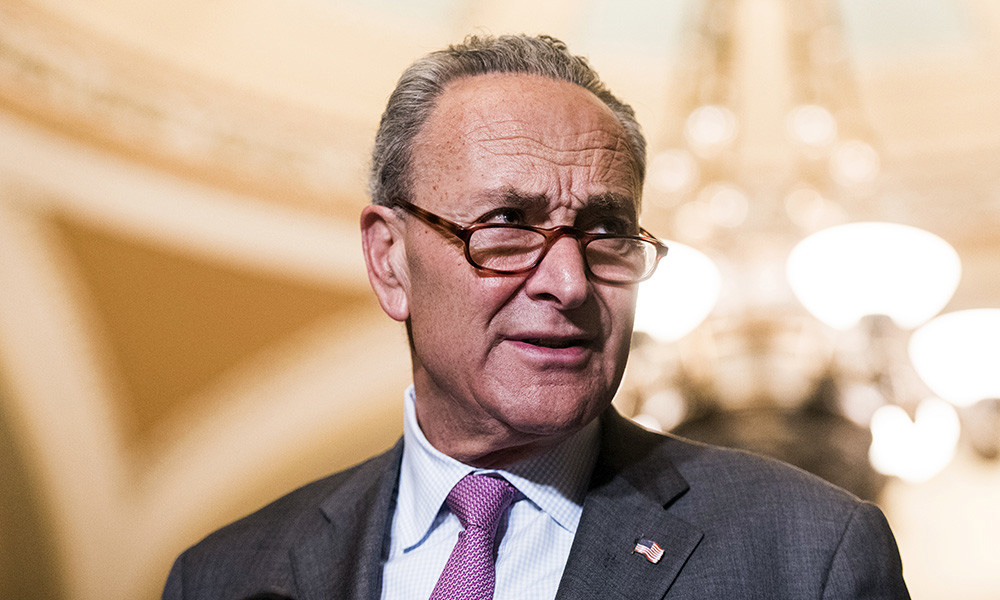 “He made a horrible statement, tried to back off, but couldn’t even bring himself to back off,” Schumer said on the Senate floor. “It shows the weakness of President Trump that he is afraid to confront Mr. Putin directly.”

The political firestorm over Trump’s performance in Helsinki has engulfed the administration and spread to his fellow Republicans, eclipsing most of the frequent controversies that have erupted during Trump’s turbulent 18 months in office.

Senate Majority Leader Mitch McConnell told reporters that Russia was not a friend of the United States and warned against a repeat of election meddling in November’s congressional elections.

“There are a lot of us who fully understand what happened in 2016 and it really better not happen again in 2018,” McConnell said.

Some lawmakers said they would seek remedies against Russia in Congress.

Congress overwhelmingly passed a sanctions law last year targeting Moscow for election meddling. In April, the US Treasury imposed sanctions on Russian officials and oligarchs in one of Washington’s most aggressive moves to punish Moscow.

Even before the allegations of Russian meddling, tensions were high over Moscow’s concerns about Nato expansion, Russian annexation of the Crimea peninsula from Ukraine in 2014 and its military backing of Syrian President Bashar al-Assad in the Syrian civil war.

Some US lawmakers have suggested passing resolutions voicing support for intelligence agencies, or spending more to enhance election security and prevent cyber attacks. 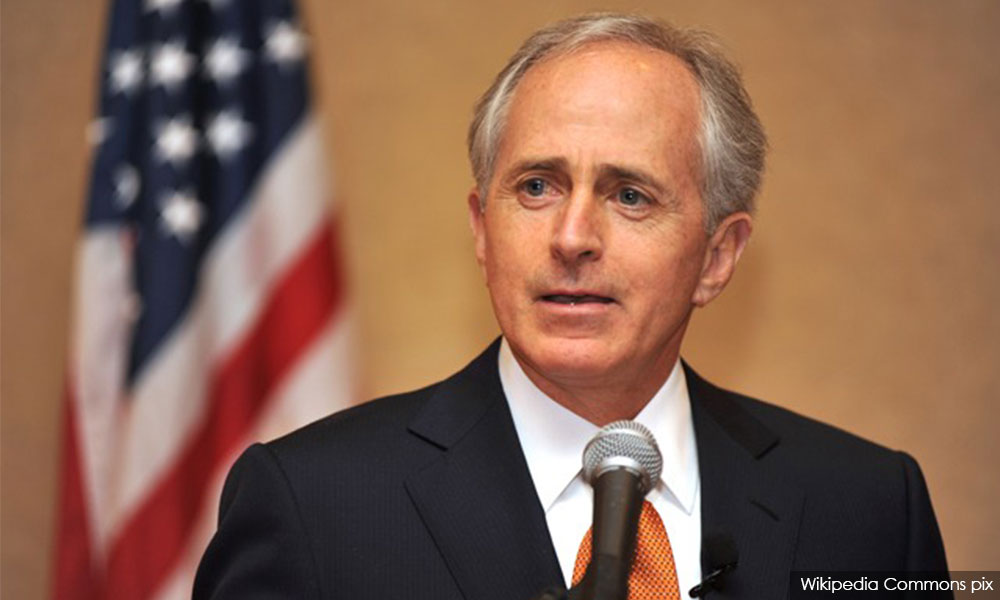 “We’re trying to figure out what would be an appropriate way to push back,” Corker told reporters. “You know the president can do more damage in 15 minutes at a press conference than we can undo in six months of passing resolutions.”

Corker said “the first step” would be hearing from US Secretary of State Mike Pompeo, who will testify next Wednesday before the Senate Foreign Relations Committee.

Senate Democrats said they wanted the American interpreter at the Helsinki meeting to testify to Congress on what was said during the private Trump-Putin session.

US intelligence agencies concluded last year that the Russian government interfered in the 2016 election campaign and sought to tilt the vote in Trump’s favour, which Moscow has denied. Special Counsel Robert Mueller is investigating that allegation and any possible collusion by Trump’s campaign.

Trump has denied collusion and casts Mueller’s probe as a witch hunt that aims to detract from his election victory.

Not all Republicans were angry with Trump’s conduct in Helsinki. “The president did a good thing by meeting with Putin,” Senator Rand Paul told CBS’ “This Morning” programme, comments that won him public thanks from Trump on Twitter.

Russia’s political and media establishment heralded the summit as a victory for Putin in breaking down Western resolve to treat Russia as a pariah.