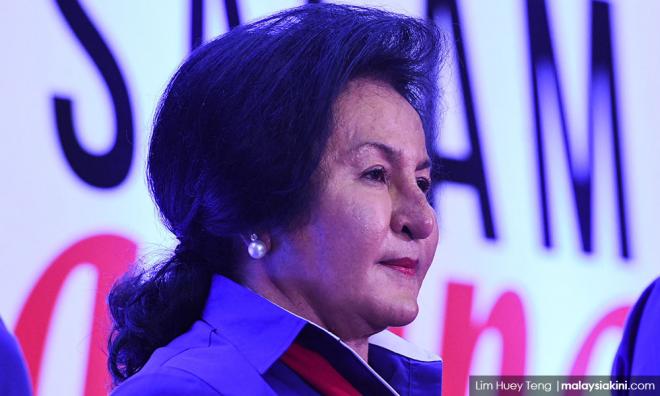 Previously, Malaysiakini reported that Global Royalty filed the suit on June 26 over a consignment of missing jewellery.

It is seeking a mandatory order for the 44 items, which were among those seized by the police in relation to the 1MDB probe, amounting to US$14,787,770 to be returned.

“It cannot be a conspiracy because the authorities have seized 12,000 pieces of jewellery.

“The ones in question are just 44 pieces and these have no relevance to the overall investigations,” Gurupatham told The Star.

According to the lawyer, if the Customs Department were to seize the 44 items, then Rosmah would need to fork out the RM60 million.

“As far as our client (Global Royalty) is concerned, whoever wants to seize the goods is fine, but someone has to pay for them.

“We would have to claim the amount from Rosmah,” he added.

Customs director-general T Subromaniam had said the 44 pieces might be subject to further seizure if the consignment had not been declared.

Quoting a source, The Star said most of the jewellery was delivered and received by Rosmah’s agents or people connected to her abroad.

The source added that customs was in the process of identifying these agents and how the items were brought it.

Global Royalty, who described Rosmah as a “long-standing customer”, said it was common for the firm to send consignments at her request for evaluation prior to eventual purchases.

The consignment of 44 items was delivered by hand on Feb 10.

In a letter to Global Royalty on May 22, Rosmah confirmed receiving the consignment but mentioned that it was now in the police's possession.

Her lawyers have also claimed that the 44 items were only for Rosmah's viewing and that none of them was purchased.