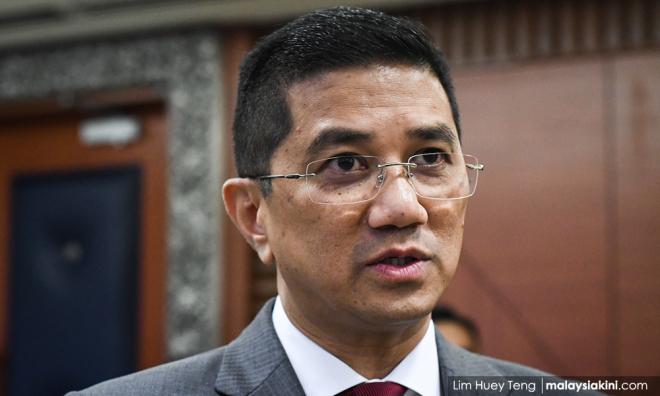 PARLIAMENT | Economic Affairs Minister Mohamed Azmin Ali warned that Petronas may cease operations if it accedes to demands for the 20 percent oil royalty to be paid based on gross production to oil-producing states, instead of net profit.

"Our position is, if you pay 20 percent based on gross value, then we have to cease the operations of Petronas.

"We can't afford to do this because this is the national oil company," he told journalists at the Parliament lobby.

Azmin was asked to elaborate on his response to Madius Tangau (Upko-Tuaran) who had asked him to clarify about Pakatan Harapan's promise to give a 20 percent oil royalty.

The Gombak MP, in a written reply to Madius, had reiterated a similar point.

"If Petronas is required to increase oil royalty to 20 percent of gross production to oil-producing states, it would have serious implications on the financial position of Petronas and the federal government," he said.

Mustapha Mohamed (BN-Jeli) had in the Dewan Rakyat also raised a similar issue.

Mohamed pointed out that the oil-producing states had expected the promised 20 percent to be based on production and not profit.

To this, Azmin said that when Harapan drafted its manifesto, the 20 percent was based on net profit.

"It (the 20 percent of net profit figure) was arrived at after we analysed the cost structure," he said.

However, Azmin promised to engage the oil-producing states over the matter.

"Whether it will be 20 percent of net profit or gross value, we will discuss with the relevant state governments," he said.

Wee said it was widely accepted that the definition of oil royalty is based on gross production.

"After having made a promise, don't change the definition because you are finding it tough to implement.

"You should just admit and be frank (that it cannot be done)," he said.