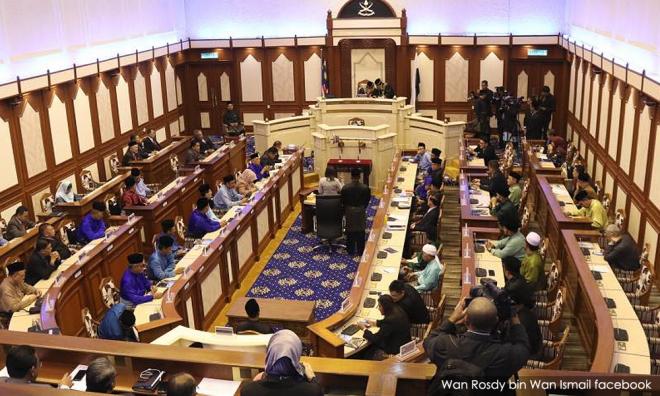 A proposal to change Pahang's weekend from Saturday and Sunday to Friday and Saturday sparked a long-winded debate in the state assembly, according to Bernama.

The proposal was raised by Rosli Abdul Jabar (PAS-Tanjung Lumpur) while the House was debating the Pahang sultan's speech, stating that it would help Muslims perform their Friday prayers.

However, Chow Yu Hui (DAP-Tras) objected to the proposal.

"Pahang is multi-ethnic and multi-religious...Changing the weekend will impact operations at a time when Pahang is trying to compete for investments.

"Besides, both the public and private sectors have allocated sufficient time for Muslims to do their Friday prayers," he was quoted as saying.

Taking Chow's side was Adnan Yaakob (BN-Pelangai), who is also the former Pahang menteri besar.

Adnan said it was unnecessary to have a holiday in order to perform Friday prayers.

"If possible, there is no need for holidays... Look at (Prime Minister) Dr Mahathir Mohamad who said he wants to work 36 hours a day," he was quoted as saying.

This was also echoed by Young Syefura Othman (DAP-Ketari) who pointed out problems in Johor where the private sector maintained its weekend on Saturday and Sunday while the public sector is off on Friday and Saturday.

Wan Rosdy said he would look into the proposal and urged the House to continue debating the sultan's speech.