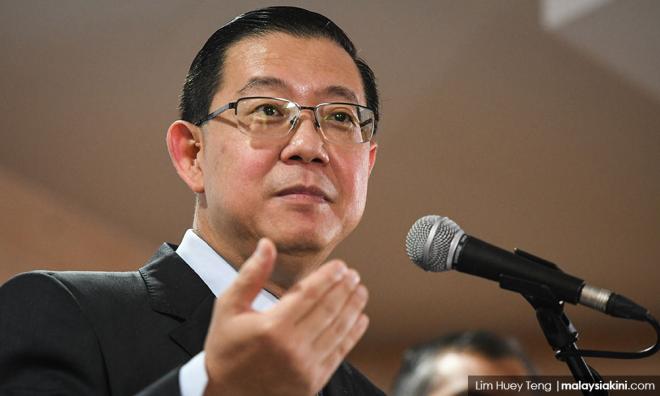 The MACC has denied allegations that it is withdrawing the corruption charges against Finance Minister Lim Guan Eng.

"The MACC does not have the authority to do so as the prosecution is under the Attorney-General's Chambers," the MACC said in a statement today.

Lim was slapped with two charges of corruption over the conversion of land and the purchase of his bungalow in Penang.

He is accused of using his previous position as Penang chief minister to allegedly gain gratification for himself and his wife, Betty Chew Gek Cheng, by approving the application for conversion of agricultural land to a public housing zone in Southwest Penang to a company, Magnificent Emblem Sdn Bhd.

The second charge concerns using his position to obtain for himself a plot of land and a bungalow located at No 25, Jalan Pinhorn, Georgetown on July 28, 2015, from Phang for RM2.8 million, a price which he allegedly knew did not commensurate with the property’s then market value of RM4.27 million.

Lim has denied the charges.

The trial was postponed on May 21 as Lim and businesswoman Phang Li Koon sought new representation from the attorney-general.