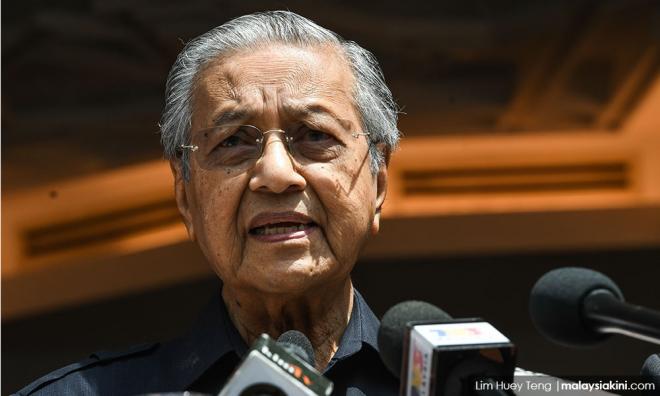 Prime Minister Dr Mahathir Mohamad's targeting of Khazanah Nasional was due to the sovereign wealth fund losing RM3 billion in investment, according to a report by Singapore's Straits Times.

The report said Khazanah had in 2008 "embarked on a highly confidential investment strategy" whereby the fund placed some of its money with experienced banker Luqman Arnold, who through his investment group Olivant, was also managing some of Europe's top financial powerhouses.

It said this was dubbed as "Operation Twist", which then morphed into "Operation Red" involving Khazanah, together with Olivant and Spain's Santander Bank as partners, acquiring 2.6 percent interest in Swiss Bank UBS.

The entire shareholding in UBS was held in accounts under Lehman Brothers, which in 2008 filed for bankruptcy.

"That deal, however, collapsed spectacularly when Lehman Brothers went bankrupt in late
September 2008.

"The entire shareholding in UBS was held in accounts managed by the failed Wall Street bank, resulting in the complete wipe-out of Khazanah's RM3 billion investment," said the report.

The report said Khazanah had aggressively attempted to recoup its losses from the failed investment.

"It lodged a claim with Lehman's global administrator, PriceWaterhouseCoopers, and after four years succeeded in recovering about 50 percent of its investment, according to financial sources".

The report said Mahathir's critical comments against Khazanah was due to this episode.

"Senior government officials familiar with the fund's affairs said the prime minister was making veiled references to the financial debacle after the Lehman collapse," it said.

Mahathir accepted the resignations, citing "wrongdoing" but did not elaborate.