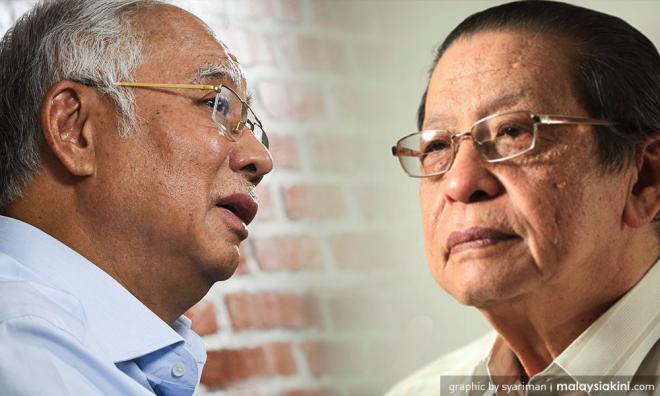 Former prime minister Najib Abdul Razak has urged Lim Kit Siang to an end his “obsession” with him.

Najib noted that the DAP veteran had issued a total of 26 media statements so far this month that were critical of him.

“He should stop this obsession. I am no longer the prime minister or BN president,” he added in a Facebook posting this afternoon.

Najib also commented on Lim's plan to hold a public debate with the title “Islam is not kleptocracy”.

He said the DAP leader should instead organise a debate with the titles “Pakatan Harapan and its sweet promises” or “Have the people been duped by Pakatan's Manifesto?”

He added: “Lim has no right to prove that Islam or whichever religion is or is not kleptocracy.

He went on to advise the Iskandar Puteri MP to focus on explaining the reasons behind Harapan's failure to deliver its promises.

“Provide logical reasons why the people should not feel cheated (over the non-deliverance of promises), since there are only 20 days left before (Harapan completes) 100 days (in power),” Najib said.